Al Qaeda is kidnapping young children in troubled Somalia and brainwashing them to launch future attacks on the West, it has been claimed.

The ‘terrorist schools’ keep the children – some as young as seven – chained up to beds while they were taught an extreme version of Islam.

The youths, all under 10-years-old, were also taught about suicide bombings and told they would go to paradise if they killed themselves in ‘martyrdom-operations’. 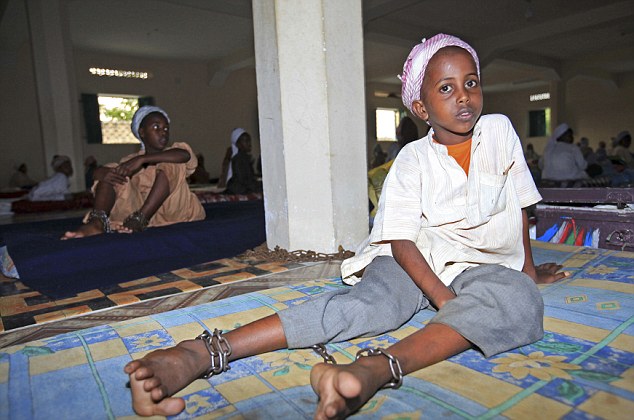 ‘Terrorist school’: A Somali boy sits with his legs chained at a religious school in Waxar Ade district, north of capital Mogadishu 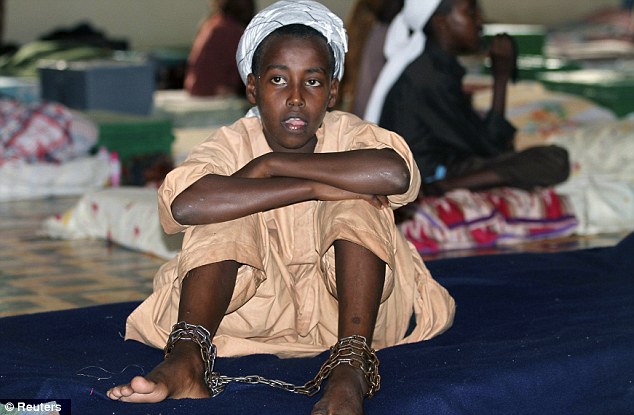 Punishment: The school claimed the boys’ legs were chained as punishment for skipping school

Pictures of the locked-up children were uncovered by terror investigator Neil Doyle after authorities carried out a raid on a school in Mogadishu.

The classes, being carried out at a Islamic Boarding School, were being taught by a member of the Al Qaeda inspired Somali terrorist group Al Shabaab.

2 Replies to “Al Qaeda’s brutal new weapons: Children kidnapped and kept in chains to be taught how to become suicide bombers”