By Exclusive By Ryan Kisiel 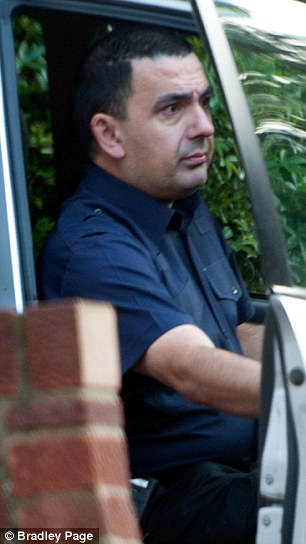 Threat: PC Hatef Nezami, 48, rang colleagues at the police Special Branch office with a coded message that a device was placed in a busy port

A police officer caused a major terrorism alert after ringing a busy port with a hoax bomb threat.

PC Hatef Nezami, 48, rang colleagues at the police Special Branch office with a coded message that a device was placed in a busy port.

Specialist terrorism staff were so concerned by the call’s authentic nature that they started preparing for a full terrorist attack.

The constable, who has completed a regional Special Branch terrorism course, said that a bomb was on a Condor ferry based in Poole, Dorset.

However at the time of his call, the ferry was actually sailing across the English Channel packed full of people travelling to the Channel Islands.

Mr Nezami is believed to have tried to call back to reveal his ‘joke’ call but was unable to do so for half an hour as staff were engaged on all the available phone lines alerting authorities.

Remarkably, the Daily Mail understands that Mr Nezami, who has worked as a detective, has not faced criminal or disciplinary proceedings and was simply placed on uniform patrol at another station.

The maximum penalty for making a hoax bomb threat is a prison sentence of seven years.

Mr Nezami was seen leaving his three-bedroom townhouse in Bournemouth in police uniform before travelling to a local police station on two days last week.