An Afghan man shot his two teenage daughters dead when they returned home four days after running away with a young man, police said today.

The father has been detained on murder charges in Nad Ali district in the southern province of Helmand, a hotbed of Taliban insurgency, provincial police spokesman Farid Ahmad Farhang said.

‘He killed two of his daughters. His daughters had run away with a young man four days ago. When they returned home their father killed them,’ Mr Farhang said. 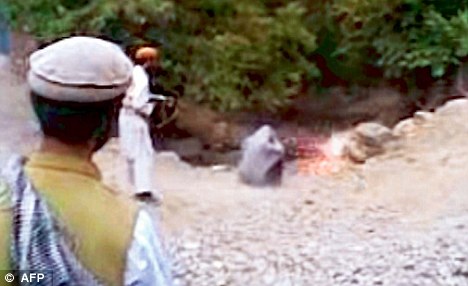 Police have issued an arrest warrant for the young man, who is said to be working as an interpreter with Nato forces in the southern province, the spokesman added.

Relations between men and women outside marriage are strictly controlled under Islam and infringements are harshly punished by most families in ultra-conservative Afghanistan.

Despite progress since the fall of the Taliban, so-called ‘honour killing’ remains a common practice in the war-torn Islamic nation.