Thank you for the translation Michael Laudahn… 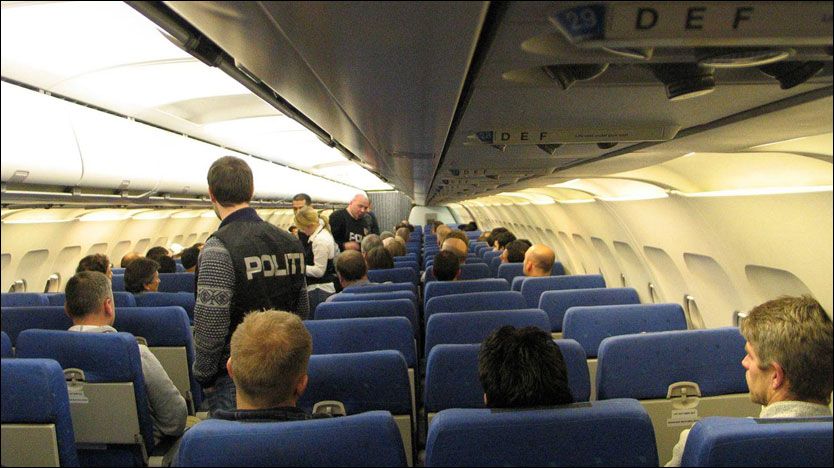 Forced return: Earlier, iraqi citizens have been returned by force from Norway. Now, the government opens the same option for somali nationals. This image shows a forced return trip to Bagdad in june 2009.

In deepest secrecy, the government has prepared a return accord with Somalia.

It means that asylum seekers from Mogadishu and other southern somali regions can be sent back by force.

VG Nett [this paper] knew before about the meeting but chose, for reasons of security, to wait with publishing the information until the minister had left the country.

The visit’s objective was, seen from the government’s part, to start working on a return acoord with Somalia. This happens after all winter long there has been raging a debate on the government’s asylum policy, among other things about forced returns to Ethiopia.

7 Replies to “Norway: Now the government will expel somalis by force”