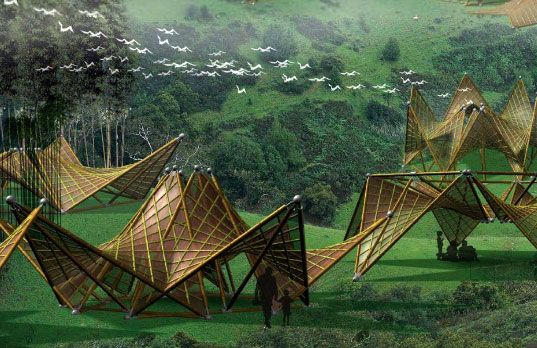 It was a couple of decades ago when I first came across the work of Koji Tatsuno. The work of Tatsuno, a relatively unknown and self-taught Japanese fashion designer, was being shown in Joseph, an upscale fashion store in South Kensington.To call it untypical would be an understatement. One of Tatsuno’s dresses was made of coral and another was made of cloth and dried mushrooms, if I remember correctly.

Tatsuno was one of several Japanese designers making something of a splash in the UK at the time. Issey Miyake, more famous, had likewise experimented with materials, including treated paper.