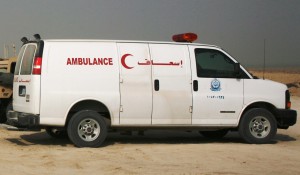 Shin Bet and IDF arrest 13 Palestinians suspected of attacking IDF forces in Ramallah in January; one of the suspects is a goalkeeper on the Palestinian Olympic soccer team.

Thirteen residents of the Amari refugee camp near the West Bank city of Ramallah were arrested recently for alleged involvement in an attempted attack on Israel Defense Forces soldiers two months ago, the Shin Bet security service said Monday.

The incident in question occurred on January 20, when shots were fired at IDF forces operating in Ramallah. No one was wounded in the attack, but one IDF vehicle sustained damage.