Here is an interesting little document that representatives of Louis Farrakhan’s organization, The Nation of Islam, were passing out at Ottawa’s The Rideau Center today and was given to me by a concerned citizen: 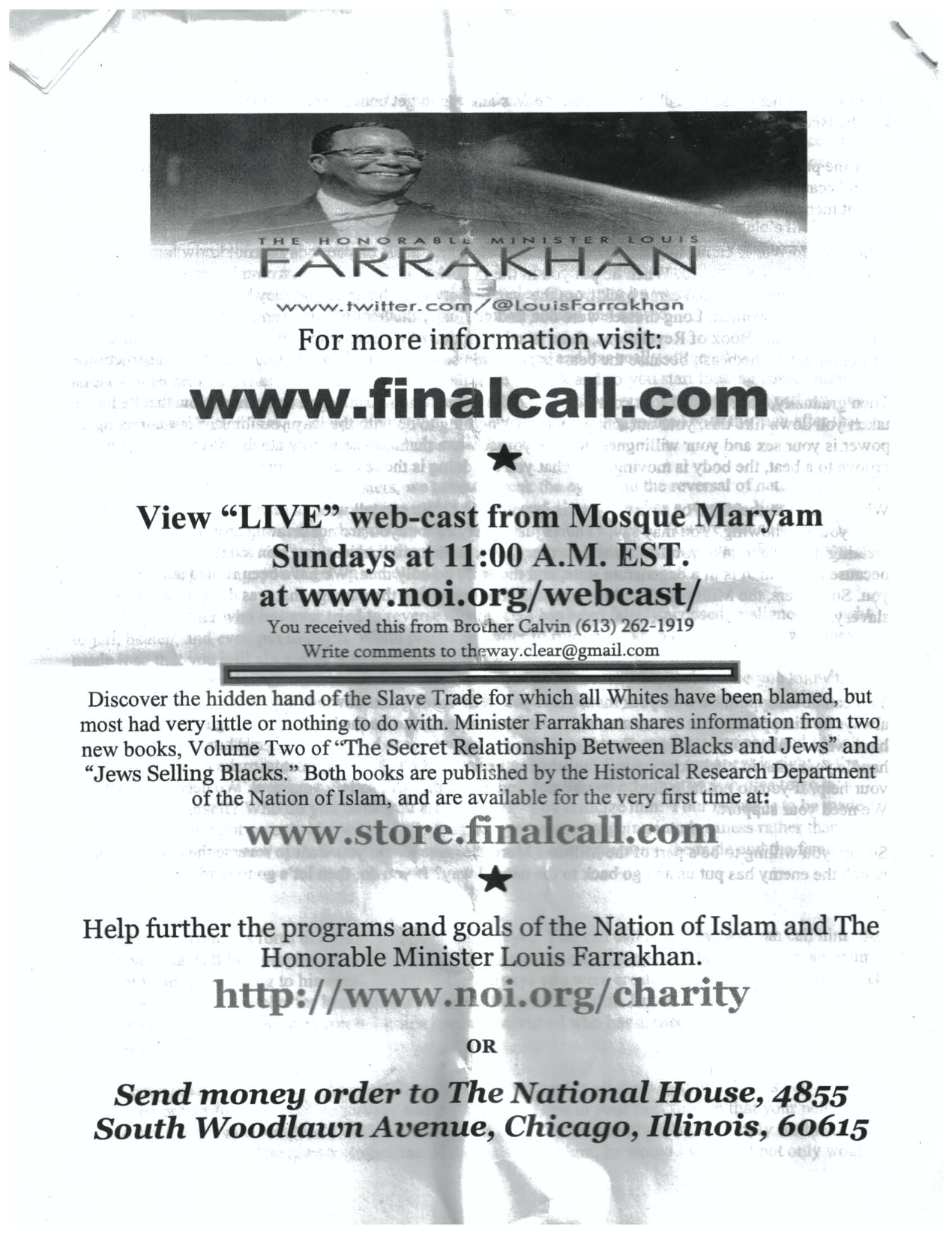 Now, a quick look at the truth and facts around the slave trade of African blacks.