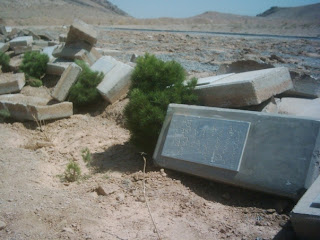 In what appears to be another act of aggression against the Baha’i minority of Iran, authorities there are attempting to repossess a Baha’i cemetery, which will then be bulldozed.

According to Baha’i World News Service, “there have been more than 30 incidents of vandalism, arson, or other problems related to Baha’i-owned cemeteries or efforts by Baha’is to properly bury their dead” since 2007.

In 2010 intruders used a bulldozer to destroy graves in the… read more.