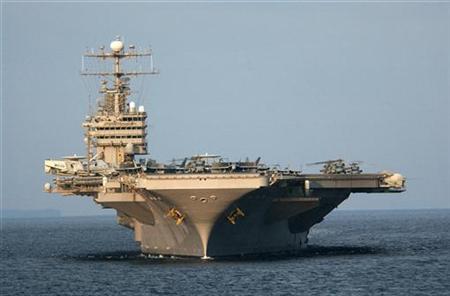 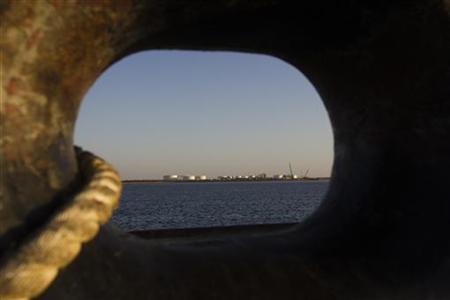 1 of 2. The aircraft carrier USS Abraham Lincoln (CVN 72) sails in the Indian Ocean near Indonesia, February 3, 2005.

(Reuters) – A U.S. aircraft carrier sailed through the Strait of Hormuz and into the Gulf without incident on Sunday, a day after Iran backed away from an earlier threat to take action if an American carrier returned to the strategic waterway.

The carrier USS Abraham Lincoln completed a “regular and routine” passage through the strait, a critical gateway for the region’s oil exports, “as previously scheduled and without incident,” said Lieutenant Rebecca Rebarich, a spokeswoman for the U.S. Fifth Fleet.

One Reply to “U.S. aircraft carrier enters Gulf without incident”