Smuggled letters allege authorities are using mass rape as a weapon inside Iran’s most notorious prison. 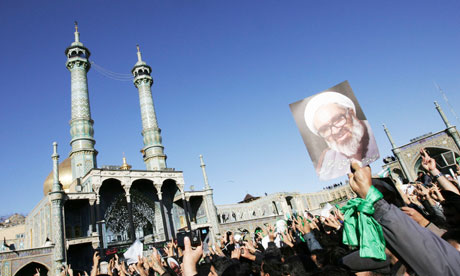 Prison guards in Iran are giving condoms to criminals and encouraging them to systematically rape young opposition activists locked up with them, according to accounts from inside the country’s jail system.

A series of dramatic letters written by prisoners and families of imprisoned activists allege that authorities are intentionally facilitating mass rape and using it as a form of punishment.

Mehdi Mahmoudian, an outspoken member of Iran’s Participation Front, a reformist political party, is among those prisoners who have succeeded in smuggling out letters revealing the extent of rape inside some of the most notorious prisons.

Mahmoudian was arrested in the aftermath of Iran’s 2009 disputed presidential election for speaking to the press about the regime’s suppression of the movement and is currently in Rajaeeshahr prison in Karaj, a city 12 miles (20km) to the west of the capital, Tehran.

“In various cells inside the prison, rape has become a common act and acceptable,” he wrote in a letter published on Kaleme.com, the official website of opposition leader Mir Hossein Mousavi.

According to Mahmoudian and letters published on various opposition websites, political prisoners are locked up with some of the most dangerous criminals – murderers and ex-members of armed gangs.

Meanwhile, 26 prominent political activists who have been in jail since the 2009 election have written to an official prison monitoring body accusing the government’s intelligence ministry and the revolutionary guards of harassing inmates with unlawful tactics that included sexual assaults.

Mohsen Aminzadeh, a senior deputy foreign minister, Mohsen Mirdamadi, a leader of a reformist party and Behzad Nabavi, a veteran activist are among those who put their signatures on the letter.

Speaking to Jaras, a website run by opposition activists, families of political prisoners have alleged that prison guards are failing to protect them from rape or sexual assault.

“During exercise periods, the strong ask for sex without any consideration. Criminals are repeatedly seen with condoms in hand, hunting for their victims,” an unnamed family member told Jaras.

“If the inmate is not powerful enough or guards would not take care of him, he will be certainly raped. Prison guards ignore those who are seen with condoms simply because they were given out to them by the guards at first place,” the family member said.

The family members say prison guards are turning a blind eye to the systematic rape and have ignored complaints made by rape victims.

Amnesty International, which has documented rape inside Iran’s prisons and interviewed victims for a 2010 report, called on Iran to launch an investigation into the recent allegations.

Kristyan Benedict, Amnesty International UK’s Middle East campaign manager, told the Guardian: “Rape is a terrible crime and these allegations [mentioned in the letters] should be thoroughly investigated. Amnesty International has also documented the rape of male and female detainees by security officials. Many of those detained for taking part in post-election protests were tortured and did not receive fair trials. The Iranian authorities still continue to punish and persecute those who peacefully speak up against them.”

According to Mahmoudian, who has been transferred to a solitary confinement after his letter attracted attention, one young prisoner was raped seven times in a single night.

“In [Rajaeeshahr] prison, those who have pretty faces and are unable to defend themselves or cannot afford to bribe others are forcibly taken to different cells each night [to be raped],” he writes.

“The situation is such that those exposed to rape even have an owner and that owner makes money by renting him out to others and after a while selling him to someone else.”

Rape victims in Iran usually stay quiet in order to protect the honour of their family but at the time when journalists based in the country are facing strict restrictions, these letters have become one of the only sources of information about the situation of hundreds of imprisoned activists.

Iranian officials have ignored the allegations and have previously denied any claims of rape inside jail.

2 Replies to “Iran giving out condoms for criminals to rape us, say jailed activists”