Where is the Canadian Gavin Boby please. Someone needs to represent liberal democracy against the institutional hate crime which is a mosque. Anyone in Ottawa who does not agree, I suggest you go a couple of times and listen to a sermon. Especially the ones they try and not let you sit in on unless you are convincing. This article also claims that it will offer services to any and all denominations. A common trick Muslim groups use to get permission and government funding to force non-secular institutions into secular sectors of life like airports. But I think by now most of us know what happens when non-Muslims attempt to use these ‘interfaith rooms and buildings’. Check out your local airport for example and try and bring in a bible or a buddhist rosary. Watch what happens to your statue of Jesus or Chinrezig right after you leave.

Click over to the Sun link above to see the rest of the images.

crowded-mosque01 – June 10, 2011 – Nearly 200 men are jammed into afternoon prayers at the Islam Care Centre at 312 Lisgar St. in Ottawa Friday, June 10, 2011. Founder and director, Sulaimon Khan says muslims in Ottawa are wanting to tear down the “hut” they currently use for Friday prayers and rebuild a new larger one next door. (DARREN BROWN/QMI AGENCY)

It wouldn’t be a shock to see the dismal, run-down white house on Bank and Lisgar slated for demolition.

But it may be a shock it’s considered a “spiritual hub” to many Muslims in the downtown core.

Surprisingly, the mosque is hoping to tear down the building — only to build a better model, and quickly.

The Islam Care Centre filed a development application with the City two months ago to demolish the entire building and rebuild a four-storey building, to better serve their community.

The mosque can’t keep up.

The daily noon prayer attracts more than 60 people and that’s “more than any other centre in the city during the day,” according to Delic.

But it’s the Friday noon prayer causing the overcrowding.

More than 200 people crowd into the small location on a weekly basis.

“We cannot accommodate how many of them come,” said Delic.

“We had to have two prayers during Friday weekly prayer — simply because there is a demand out there.”

A main focus is to expand the prayer space and resource library.

But it’s not just the size holding it back.

“We want this building to have the beauty aspect in it,” said Delic. “This (building) doesn’t really represent who we want to be and who we are in terms of physical representation.”

Currently, a brand new building is going up next-door.

“Our building, beside the beautiful (new) building, would look like a hut,” said Delic.

The centre is the only Islam institution downtown, with government and downtown workers frequenting the location.

It also offers family services to any and all denominations.

“I have seen that need in the lives of people and I think almost in every single aspect — social, spiritual, political — you can notice there is a demand that this building be rebuilt and given the beautiful shape that we want to have.”

Delic hasn’t heard back from the city since he filed the development application but expects feedback by August.

Once they get the go ahead, Delic will go full force with fundraising.

He estimates the revamp to cost about $3 million, which the centre plans to come up with through community fundraisers, help from partners and grants. He hopes to raise all funds needed, so construction can be done quickly, in order to get back to serving the community. 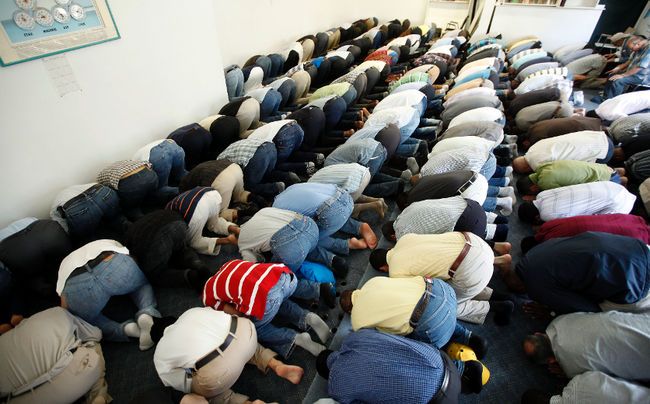