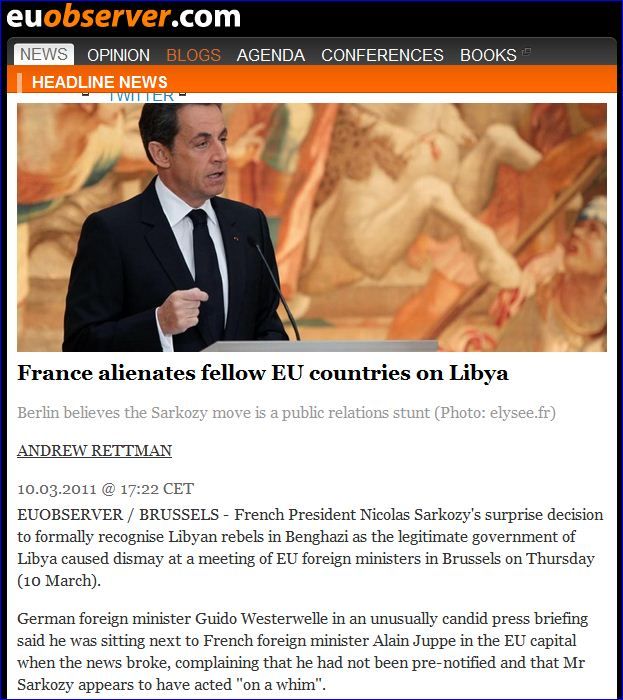 He added that the French position is “not the German position or the European position.”

Berlin believes the Sarkozy move is a public relations stunt following recent revelations that his prime minister and former foreign minister took gifts from dictators in Egypt and Tunisia shortly before the revolutions.

It also believes the move is linked to the 2012 presidential elections in France, with the latest polls indicating that Mr Sarkozy will not make the second round.

Italy as well distanced itself from the French position. Foreign minister Franco Frattini told press that the UN and EU should send new fact-finding missions to Benghazi before making any decisions.

Belgian foreign minister Steven Vanackere said there is a “difference between engagement and recognition.” Swedish FM Carl Bildt tweeted: “Sweden recognizes states – not regimes. And most other EU countries are the same. Somewhat unclear on what France does.”