Thousands of protesters poured into a main square in Bahrain’s capital today in an Egypt-style rebellion that sharply escalated pressure on authorities as the Arab push for change gripped the Gulf for the first time.

Security forces clashed with demonstrators who have been calling for political reforms and greater freedoms over two days, leading to the deaths of two protesters and the main opposition group vowing to freeze its work in parliament in protest.

In a clear sign of concern over the widening crisis, Bahrain’s King Hamad bin Isa Al Khalifa made a rare national TV address, offering condolences for the deaths, pledging an investigation into the killings and promising to push ahead with reforms, which include loosening state controls on the media and internet. 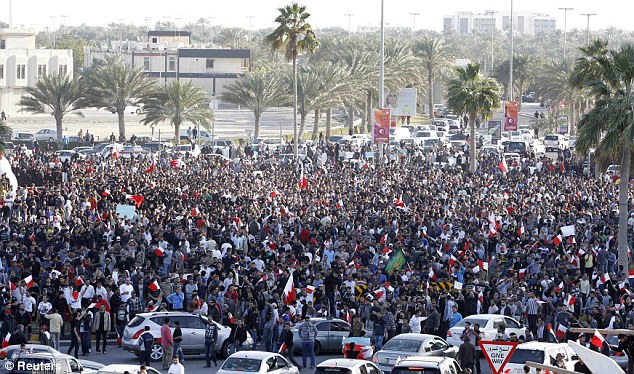 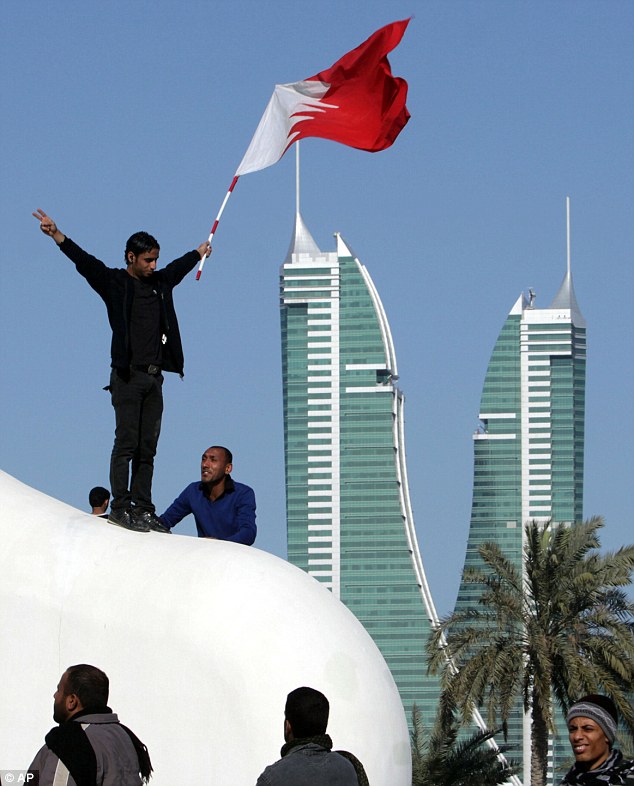 ‘We extend our condolences to the parents of the dear sons who died yesterday and today. We pray that they are inspired by the Almighty’s patience, solace and tranquility,’ said the king, who had previously called for an emergency Arab summit to discuss the growing unrest.

As the crowds surged into the Pearl Square in the capital of Manama, security forces appeared to hold back. But key highways were blocked in an apparent attempt to choke off access to the vast traffic circle, which protesters quickly renamed ‘Nation’s Square’ and erected banners such as ‘Peaceful’ that were prominent in Cairo’s Tahrir Square, the epicentre of protests there.

Today’s dramatic move came just hours after a second protester died in clashes with police in the strategic island kingdom, which is home to the U.S. Navy’s 5th Fleet.

Opposition groups aren’t calling for the ruling Sunni monarchy to be ousted, but they do want an end to its grip on key decisions and government posts.

Other demands, listed on a poster erected in the square, included the release of all political prisoners, more jobs and housing, an elected Cabinet and the replacement of longtime prime minister, Sheik Khalifa bin Salman Al Khalifa. 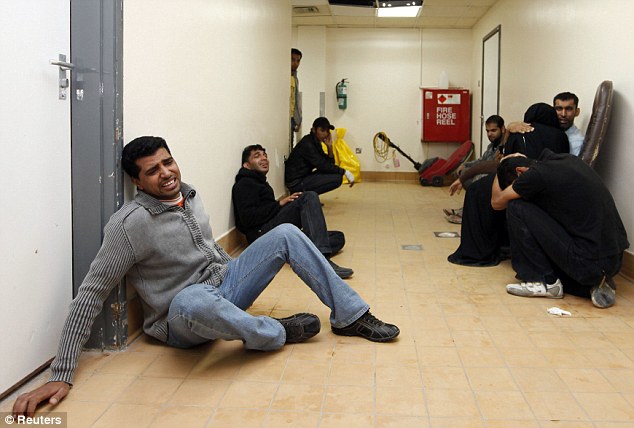 Family members of the protester who died this morning during police clashes mourn at a hospital in Manama. The King has apologised for the killing and promised an investigation 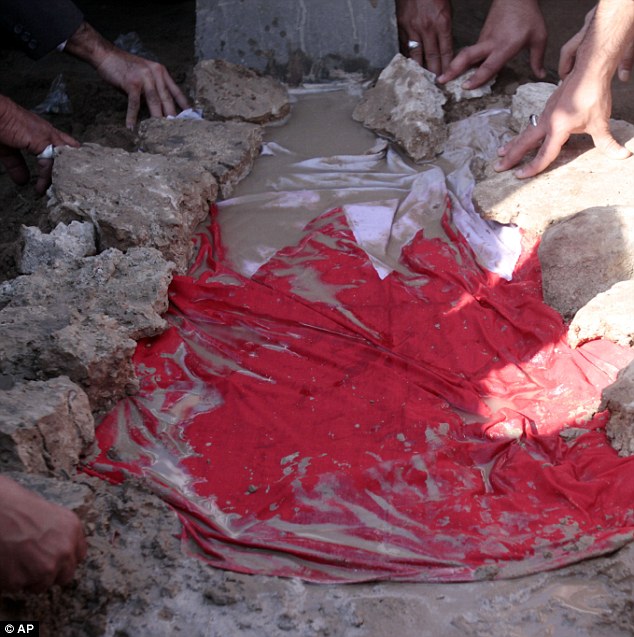 The nation’s majority Shiites – about 70 per cent of the population of some 500,000 – have long complained of discrimination and being blackballed from important state jobs.

Many in the square waved Bahraini flags and chanted: ‘No Sunnis, no Shiites. We are all Bahrainis.’ It also appeared they were planning for the long haul. Some groups carried in tents and sought generators to set up under a 300ft monument cradling a giant white pearl-shaped ball that symbolises the country’s heritage as a pearl diving center.

Bahrain is one of the most politically volatile nations in the Middle East’s wealthiest corner despite having one of the few elected parliaments and some of the most robust civil society groups.

A crackdown on perceived dissent last year touched off weeks of riots and clashes in Shiite villages, and an ongoing trial in Bahrain accuses 25 Shiites of plotting against the country’s leadership.

A prolonged showdown could draw in the region’s two biggest rivals: Saudi Arabia, as close allies of Bahrain’s Sunni monarchy, and Iran, whose hard-liners have spoken in support of the nation’s Shiite majority.

Bahrain is also an economic weakling compared with the staggering energy riches of Gulf neighbours such as Saudi Arabia and Qatar, which can afford far more generous social benefits. Bahrain’s oil reserves are small and its role as the region’s international financial hub have been greatly eclipsed by Dubai. 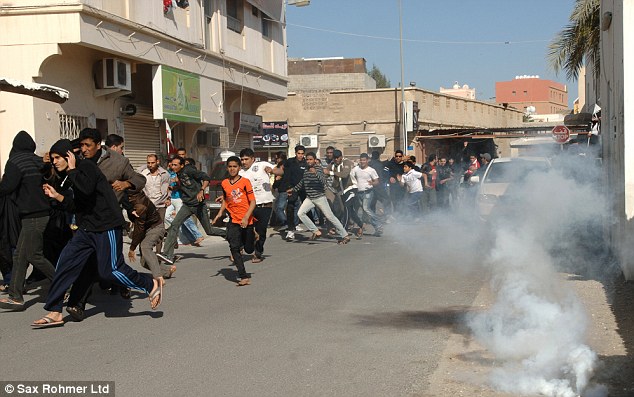 One protester, 24-year-old Hussein Asamahiji, echoed the complaints from Tunisia and Egypt: a lack of jobs and allegations that the ruling elite monopolises the best opportunities.

‘We simply want the chance at a better future,’ he said. ‘Egypt showed it’s possible.’

The bloodshed already has brought sharp denunciations from the largest Shiite political bloc, which suspended its participation in parliament, and could threaten the nation’s gradual pro-democracy reforms that have given Shiites a greater political voice.

The second day of turmoil began after police tried to disperse up to 10,000 mourners gathering at a hospital parking lot to begin a funeral procession for Ali Abdulhadi Mushaima, 21, who died in Monday’s marches.

Officials at Bahrain’s Salmaniya Medical Complex said a 31-year-old man became the second fatality when he died of injuries from birdshot fired during the melee in the hospital’s parking lot.