The national president of the NUS has to be escorted to safety by police this morning after he was surrounded by protesters calling for his resignation and shouting anti-Semitic insults at him.

Aaron Porter was given a police escort as he made his way to his offices in Manchester today.

Protesters shouted ‘Students, workers, hear our shout! We want Aaron Porter out!’ and ‘Aaron Porter we know you, you’re a f******* Tory too!’ 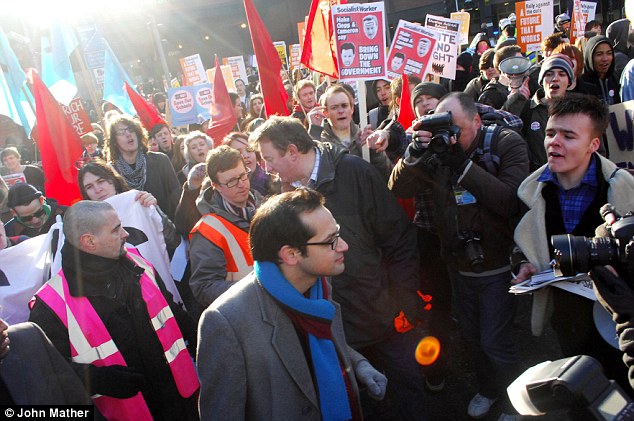 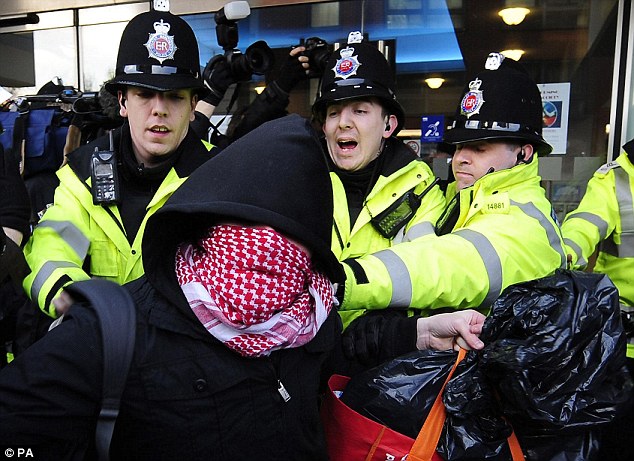 One photographer reported chants of ‘Tory Jew scum’ directed at Mr Porter, who is facing calls to step down as NUS president by members of the National Campaign Against Fees and Cuts, who claim he has ‘lost the confidence of the movement’.

Today’s demonstrations were organised to highlight the effects of public spending cuts on young people.

The protest march attended by thousands began peacefully and was escorted by mounted police, but around 150 demonstrators broke off the agreed route and headed towards the city centre, where they targeted Mr Porter. 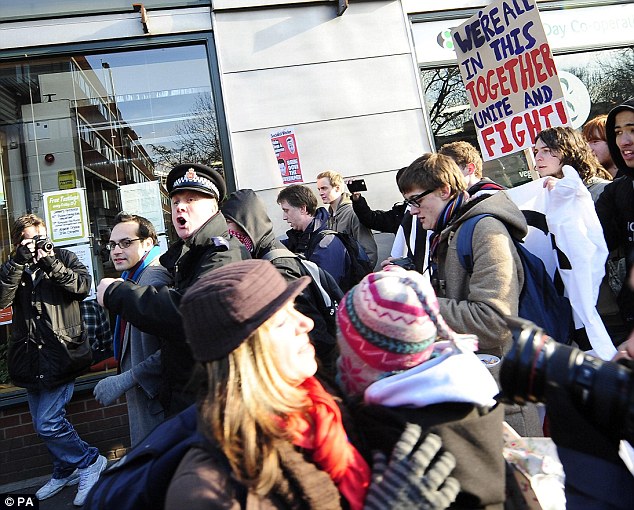 Campaigners attempted to gain entry into the University of Manchester Students’ Union building but were barred by a line of officers as minor scuffles broke out.

Shortly afterwards a protester called on a loudhailer to break up and return to the march meeting point.
Read more: http://www.dailymail.co.uk/news/article-1351694/Left-wing-students-vicious-racist-attack-fellow-union-leader.html#ixzz1CR8xbpwM