Talk about over reach. The TT is not talking about certain civil dress codes that seek to provide a bit of public decency in order to protect children from overt crude and lewd attire. This new dress code statute could almost have been written by an Islamonazi, with public blasphemy (presumably swearing) being a finable offense as well.

There is a line to be drawn between infringing upon the rights of some, in order to protect the rights of others, it’s a continual battle waged all the time, so in that respect, this is not a new issue. Regulating attire (outside of the usual “no swim wear on public sidewalk”) is a slippery slope to tyranny, regulating what can be spoken publicly -outside of illegal slander and bearing false witness- is a major step towards a tyranny, and the good folks of Castellammare di Stabia should advance upon their town hall with pitch forks and torches and demand the removal of their dippy mayor, but that’s just me. KGS 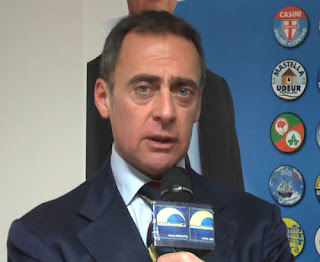 Breitbart: Skimpily-clothed women in the town of Castellammare di Stabia in southern Italy are to be fined by the police under new regulations banning “very scanty clothing” that were approved late Monday.

The ban will include skirts judged to be too short, jeans that are too low-slung and necklines that are too plunging and is intended to guard against anti-social behaviour, a spokesman for the town council told AFP.

Following the vote, he said the ban made Castellammare “a civilized city.”

But a protester outside the town council on Monday held up a placard reading: “The only ones in just their underwear are Castellammare’s workers” — an apparent reference to threatened job cuts at the town’s shipyard.

The new rules also ban blaspheming, sunbathing in public and playing football in many public areas — a hugely popular pastime in the town.

8 Replies to “ITALIAN MAYOR TO ENFORCE VIRTUE IN LOCAL POPULACE”