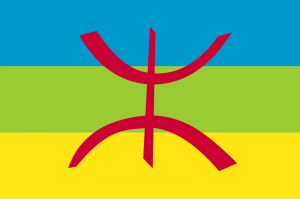 With the formation of a new provisional government of the Algerian region of Kabylie, the Western world might have gained a precious ally to fight al-Qaeda in one of its most strategic hideouts. If only someone noticed that this government was established in the first place.

What the Movement for the Autonomy of Kabylie [MKA] has been protesting is the Islamization of their society that the Algerian government was imposing, and particularly the introduction of Arabic as the official language of the country.

As the President of the Islamic Salvation Front (FIS), Ali Belhadj, stated in the 19990s: “There is no democracy because the only source of power is Allah through the Koran, and not the people. If the people vote against the law of God, this is nothing other than blasphemy. In this case, it is necessary to kill the non-believers for the good reason that they wish to substitute their authority for that of God.”

The official Algerian government seemed not to have problems with such statements, at least up until the FIS and other radical Islamist movements started to gain ground to the detriment of the National Liberation Front Party (FNL), at the general elections that were subsequently shut down by the authorities for fear of loosing control over the country (1991). The rivalry between the Algerian army (which took control of the government) and the Islamist movements, not only lead up to an eleven year-long bloody civil war, but also to an unsustainable situation for normal citizens and especially for Kabyles, who were already being discriminated by the authorities for their “different”(Berber) identity.

After changing the Algerian constitution to grant himself more power, and eliminating presidential term limits through a much debated referendum, on April 9, 2009, the Algerian President Abdelaziz Bouteflika was confirmed in office for the third time on April 9, 2009, in what many called a “disputed election.” Although for the OECD this election was “fair,” many Algerian parties boycotted it.

The independent government of Kabylie, a mountainous region situated in the north of Algeria, was therefore formed in Paris on June 1st, in an attempt to contravene the influence of the Algerian national government. The formation of the new Kabyle cabinet did not get much attention across the media, but it could mark a defining moment in the struggle against radical Islam, given the fact that the MKA is certainly far more pro-Western than its official counterpart.

As the movement leader, Ferhat Mehenni, explained, “We are setting up our provisional government so that we no longer undergo the injustice, contempt, domination, frustration and discrimination that we have endured since 1962.” The Kabyles have in fact begun demanding autonomy since the end of the Algerian War of Independence against France, 48 years ago.

Even though, at least on the surface, the actual Algerian government does not seem to care much — Prime Minister Ahmed Ouyahia on June 2nd dismissed Mehenni’s announcement as “nothing but din”– this small cabinet-in-exile could end up causing more problems than expected. It is no coincidence that the Algerian authorities have already issued an arrest warrant for leader of the MAK.

Mehenni set-up a cabinet of nine ministers for his new government that should now represent five to seven million of Berbers (the numbers are disputed). His gesture was regarded by many as a provocation against the Algerian authorities, but apparently the 59 year-old political activist (and singer) has a lot of support from his people. As one Kabyle student, Idir, told the press, “national unity has not existed since the events in Kabylie in 2001. People seem to forget that 126 young Kabyle people were assassinated [then] by a corrupt government that has no legitimacy, and that no responsibility has been established for these crimes against humanity.”

The creation of the Movement for the Autonomy of Kabylie dates back to 2001, during the so-called “Black Spring.” At that time, the Algerian government tried (and partially succeeded) to suffocate the protests of the Berber activists who were demanding autonomy for the region. During the riots that ensued, hundreds of Kabylies were killed and many others injured.

Tensions between the Kabyle leaders and the central government started to erupt during the early sixties, but the real fight began in 1980, when the government tried to ban Berber poetry from universities to prevent new generations from speaking their ancestors’ language. Later, during the civil War of the 1990s, many Algerian authorities found themselves fighting against the very Islamist movements that they previously supported and endorsed.

Given their natural resilience, the Kabyles (who first resisted the Roman and the Ottoman invasions, and have been fighting for their independence throughout the last century) could be most helpful against al Qaeda in North Africa. As Walid Phares, of the Foundation for the Defence of Democracies in Washington DC, noted, “[the Kabyles] are mostly secular and believe in democracy, and could become an efficient ally against the Jihadists.” Phares added, however: “al Qaeda and the Salafists have strong bases in Algeria, and the Kabyles resist them fiercely so we have a strategic interest in helping them, but without crumbling our good relations with the Algerian secular Government”.

This is the problem: the diplomatic relations between US and Algeria are better now than ever; Washington and Algeria have started what is considered a “fruitful collaboration” on issues such as counterterrorism and law enforcement. And even if Mehenni’s move is certainly provocative, it still lacks what counts most for any form of democracy: support from the masses.

Mehenni is very popular among youngsters in Kabylie, that is for sure, but there are no polls to support him and his new government-in-exile will likely have to knock on many doors before someone opens them. The international community, however, might benefit from collaborating with Kabylie’s new provisional cabinet: al Qaeda’s linked groups are still strong in Europe, and the al-Qaeda in the Islamic Maghreb in North Africa are still committed to destroying Western targets and building up an Islamist state within Algeria — especially after the Salafist Group for Preaching and Combat (GSPC) joined forces with al Qaeda. This is why an ally that knows the turf and – most of all – is totally committed to fighting radical Islam, would probably be more valuable than a stronger and bigger ally with no such background .

The US State Department does not even mention the MKA, Mehenni or his new government on its website, where instead there is an interesting contest taking place: participants are asked to send a video clip regarding democracy that begins with the sentence “Democracy is.…” About Algeria, though, the very first thing that is made clear is:

“The Department of State urges U.S. citizens who travel to Algeria to evaluate carefully the risks posed to their personal safety. Terrorist attacks, including bombings, false roadblocks, kidnappings, ambushes, and assassinations occur regularly, particularly in the Kabylie region of the country…Therefore, make sure to practice sound personal security measures and have a safe and happy holiday season….”

Despite what the USSD says, Algerian President Abdelaziz Bouteflika did not do much to oppose terrorism during his two terms: in 2005, for example, a referendum was passed in Algeria allowing certain terrorist combatants to be pardoned. After that, approximately 2,500 Islamist fighters returned to their safe havens and got back to fighting.

During WWI, Woodrow Wilson’s principle of self-determination helped the Allies against the Central Powers when the Bolsheviks came to power and declared independence, but the same principle caused many problems used to give power to certain nationalities over their minorities.

The region of Kabylie, inhabited by a majority of Berbers, only asks for freedom, not power. Perhaps someone might start paying attention before it is too late?