First, let’s have a look at what he actually said to an international audience in Copenhagen. H/T for the video to Gates of Vienna, your passport to sanity in the modern world.

Now let us have a brief look at some of the things Hugo has done for, or perhaps better stated, to democracy at home.

First some excerpts from the hopelessly non-partizan, STRATFOR organization:

Summary
On his weekly television show Aug. 3, Venezuelan President Hugo Chavez defended his decision to pass 26 new laws by decree — including one that will integrate his militias into the military. The move is an attempt to shore up his control over the country in the face of rising inflation, slackening national income and faltering party unity.

On his weekly television show Aug. 3, Venezuelan President Hugo Chavez defended his decision to pass 26 new laws by decree — including one that will integrate his militias into the military. The move is an attempt to shore up his control over the country in the face of rising inflation, slackening national income and faltering party unity.

Venezuelan President Hugo Chavez used the last day of his special powers to pass laws by decree to institute 26 new edicts. This move, coupled with highly aggressive rhetoric from Chavez, was designed to strengthen his hold on the country ahead of Nov. 23 state and local elections that threaten his political influence in the country.

Venezuelan President Hugo Chavez has announced the state’s takeover of two rice production facilities and budget cutbacks for state-owned Petroleos de Venezuela. These are the government’s opening moves in response to the global economic downturn.

The Venezuelan government announced that it nationalized another three banks Dec. 8, bringing the total to seven. The takeover emphasizes the government’s anxiety about general economic unsteadiness, the need for resources and has also served clear political purposes. Continued nationalizations could very well tip off a crisis leading to bank runs and severe economic instability.

President Hugo Chavez said Venezuela received thousands of Russian-made missiles and rocket launchers as part of his government’s military preparations for a possible armed conflict with neighboring Colombia, AP reported Dec. 8. During a televised address Chavez said Colombia is planning a war against Venezuela and preparing is the best way to neutralize it. The former paratrooper-turned-president did not specify what type of missiles, but said Venezuela’s growing arsenal includes Russian-made Igla-1S surface-to-air missiles and rocket-propelled grenades. Chavez added that Russian tanks, including T-72s, will arrive to strengthen the armored divisions.

Venezuelan President Hugo Chavez announced the government seizure of assets belonging to Grupo Bolivar, Globovision reported Dec. 3. Chavez listed warehouses, grain transport businesses and food processing factories as assets that could be taken over by the government, saying the move would guarantee the recovery of funds for the liquidation of several banks previously seized by authorities, including Banco Bolivar, a subsidiary of Grupo Bolivar.

Here, Hugo signs deals with some of the more well known democratic nations as he understands democracy:

Iran and Venezuela will establish a Spanish-based oil company called Beniroug, Fars News Agency reported Oct. 28, citing an official with the Venezuelan Embassy to Iran. Beniroug will allow investment in other countries such as Cuba, Sudan, China and Bolivia, the official said. Also, he said, Venezuelan President Hugo Chavez signed a deal in Tehran that calls for Caracas to invest in Iran’s South Pars oil and gas field.

Examples of Hugo Chavez sheer venomous contempt for democracy, for inclusivness are legion. Well worth a subscription to Stratfor.com if you want the newest on this clown. I’ll post one or two examples of Hugo Chavez and his ‘Bolivarian revolution’ and it’s relationship to the Jewish people in Venezuela as examples of how inclusive he really is. But the straight facts are that his actions at home and in power are in direct opposition to his words at Copenhagen and for that matter in general. 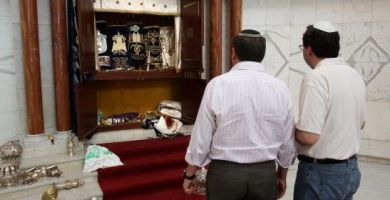 …At the same time, there has been a disturbing rise in anti-Semitism in Venezuela, in part in reaction to Israel’s Operation Cast Lead. Numerous virulent publications by individuals in Chavez’s camp have advocated “confronting” and “outing” Venezuelan Jews. Among other incidents, the student mentioned above was also “outed” as a Jew in national media. On Jan. 31, the main synagogue in Caracas suffered a major break-in. Fifteen armed men reportedly invaded the property, vandalizing it and stealing private information on members of the Jewish congregation. The intruders then seized surveillance videos of the synagogue property. While the reasons for visible uptick in anti-Semitism remain unclear, much can be attributed to rising tensions in the country and the Gaza crisis.