Below please find an editorial from The Washington Times about Chavez and his new Nuclear ambitions for Venezuela. What disturbs me at the personal level, is how quickly a question I have been asking of all my social and political circle has been answered.

‘What was Chavez really doing in Iran?’ No way this was about gasoline.

Eeyore. (Image not from the WT so much as it is TT and VTB) 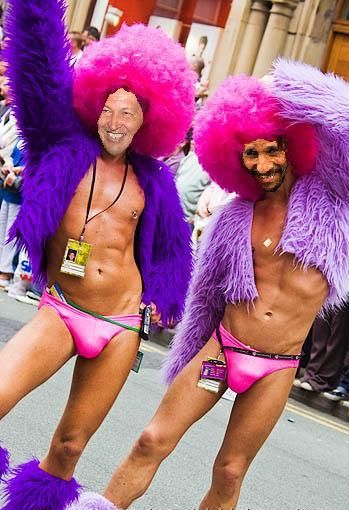 The song remains the same. We heard it from North Korea; we heard it from Iran. Now another dictatorship with no love for the United States embarks on a path that leads to nuclear-armed missiles. Venezuelan autocrat Hugo Chavez has announced that he has agreed to purchase some “little rockets” from Russia and also will begin work on a nuclear program, which he insists is for peaceful purposes. Yeah, right.

“We’re not going to make an atomic bomb,” Mr. Chavez declared in his folksy way, “so don’t bother us like with Iran.” We would be surprised if Mr. Chavez announced his intention to build a nuclear weapon. Few countries ever have. But recent precedents have not inspired confidence. North Korea reportedly is planning a third nuclear test, and the world waits for Iran soon to conduct its first. If Venezuela can cope with the threat of a few strongly worded letters from an unconvincing State Department, it can have a nuclear weapon too.

These announcements accompanied news that Moscow gave Caracas a $2.2 billion credit line for weapons, including 92 T-72 tanks and a Smerch anti-air system. Mr. Chavez’s new “little rockets” reportedly have a 186-mile range and may be variants of the SCUD B, a Soviet missile familiar to Americans for killing U.S. troops during the first Gulf War. Mr. Chavez insists that these are purely defensive weapons, though they easily can be used for offensive purposes. In return for the easy credit, Mr. Chavez’s regime extended diplomatic recognition to the Russian-occupied self-declared republics of Abkhazia and South Ossetia, becoming the third country after Russia and Nicaragua to do so and continuing the slow-motion partition of Georgia, a U.S. ally.

Meanwhile, the United States canceled $30 million in aid to Honduras as part of an ongoing effort to return a Chavez surrogate to power. We wonder: Is anyone home in the White House strategy shop? The president believes that all the world’s problems can be settled by dialogue but does not seem to understand that what America views as problems other countries see as opportunities.

America’s adversaries are changing the global game by taking advantage of the increasing aura of weakness that the United States is emitting on the international stage. Washington has practically begged Tehran to engage in dialogue over its menacing nuclear program and has been smacked back repeatedly. On Friday, the United States caved to the long-standing North Korean demand for bilateral talks. From Venezuela’s standpoint, it is the perfect time to embark on a nuclear program because it knows it can do it cost-free. The world’s bad actors are not afraid of President Obama, so they will continue to see what they can get away with.

The United States has an opportunity to take a stand. To defend U.S. interests, the Obama administration needs to reassert the Monroe Doctrine prohibiting intervention in Latin American affairs and register a strong objection to any move by Venezuela toward Russian-backed nuclear capability. This position has to be bolstered with a credible threat of action should Moscow and Caracas forge ahead. The threat of force doesn’t need to be invoked immediately. Eventually, though, Mr. Obama must somehow establish that he’s willing to use military power against more than teenage Somali pirates and the odd Islamic terrorist killed by remote control.