How can this not be an act of war? In what galaxy can the rest of the world let this go unanswered?

While NORK’s brinkmanship is a serious matter indeed but can be written off as the usual crisis politics for fun money oil and profit that North Korea has been engaging in for so long, actual attacks against vital systems in South Korea and the USA are not excusable as war games, defence exorcises or any other non aggressive act. Surely deliberate attacks such as these are acts of war. 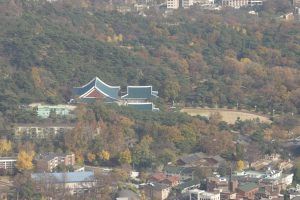 The sites of 11 South Korean organizations including the presidential Blue House and the Defense Ministry went down or had access problems since late Tuesday, according to the state-run Korea Information Security Agency. Agency spokeswoman Ahn Jeong-eun said 11 U.S. sites suffered similar problems.

On Wednesday, the National Intelligence Service told a group of South Korean lawmakers it believes that North Korea or North Korean sympathizers in the South “were behind” the attacks, according to an aide to one of the lawmakers briefed on the information.

The aide spoke on condition of anonymity citing the sensitivity of the information. He refused to allow the name of the lawmaker he works for to be published.

Earlier Wednesday, the agency said in a statement that 12,000 computers in South Korea and 8,000 computers overseas had been infected and used for the cyber attack.

The agency said it believed the attack was “thoroughly” prepared and committed by hackers “at the level of a certain organization or state.” It said it was cooperating with the American investigative authorities to examine the case.

South Korea’s Yonhap news agency said military intelligence officers were looking at the possibility that the attack may have been committed by North Korean hackers and pro-North Korea forces in South Korea. South Korea’s Defense Ministry said it could not confirm the report.

South Korean media reported in May that North Korea was running a cyber warfare unit that tries to hack into U.S. and South Korean military networks to gather confidential information and disrupt service.

An initial investigation in South Korea found that many personal computers were infected with a virus program ordering them to visit major official Web sites in South Korea and the U.S. at the same time, Korean information agency official Shin Hwa-su said. There has been no immediate reports of similar cyber attack in other Asian countries.

In the U.S., the Treasury Department, Secret Service, Federal Trade Commission and Transportation Department Web sites were all down at varying points over the U.S. Independence Day holiday weekend and into this week, according to American officials inside and outside the government.

Others familiar with the U.S. outage, which is called a denial of service attack, said that the fact that the government Web sites were still being affected three days after it began signaled an unusually lengthy and sophisticated attack. The officials spoke on condition of anonymity because they were not authorized to speak on the matter.

Yonhap said that prosecutors have found some of the cyber attacks on the South Korean sites were accessed from overseas. Yonhap, citing an unnamed prosecution official, said the cyber attack used a method common to Chinese hackers.

Some of the South Korean sites remained unstable or inaccessible on Wednesday. The site of the presidential Blue House could be accessed, but those for the Defense Ministry, the ruling Grand National Party and the National Assembly could not.

Ahn said there were no immediate reports of financial damage or leaking of confidential national information. The alleged attacks appeared aimed only at paralyzing Web sites, she said.

South Korea’s Defense Ministry and Blue House said Wednesday that there has been no leak of any documents.

The paralysis took place because of denial of service attacks, in which floods of computers all try to connect to a single site at the same time, overwhelming the server that handles the traffic, the South Korean agency said in a statement.

The agency is investigating the case with police and prosecutors, said spokeswoman Ahn.

2 Replies to “North Korea behind recent cyber attacks on U.S. and S. Korea”