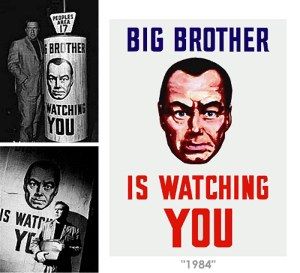 Personal web data to be stored for a year

The mobile calls, emails and website visits of every person in Britain will be stored for a year under sweeping new powers which come into force on Monday. Privacy campaigners warned last night that the information would be used by the Government to create a giant “Big Brother” super-database containing a map of everyone’s private life.

The new powers will, for the first time, place a legal duty on internet companies to store private information, including email traffic and website browsing histories.

Although the new retention powers will not permit the storage of the content of emails or phone calls it will show details such as IP addresses, date, time and user telephone numbers. Under the terms of the EU directive, the Home Office has written to leading internet service providers and phone companies offering to compensate them for the costs incurred in retaining the data for a year.

A spokesman for the Internet Service Providers Association confirmed that the leading ISPs had received written orders from the Home Office setting out their obligations under the new rules.

Phil Booth of the civil rights campaign group, NOID, said: “Inch by inch, the Government’s plans to map and monitor everyone’s communications are creeping into place. Today it’s retention of data, soon it’ll be a giant database to suck it all up. And unless we speak out and stop this, what used to be private – details of your relationships and personal interests – will end up in the ever-widening control of the stalker state.”

Last week the The Independent reported that millions of Britons who use social networking sites such as Facebook could soon have their every move monitored by the Government and saved on a “Big Brother” database.

Then ministers faced a civil liberties outcry over the plans, with accusations of excessive snooping on the private lives of law-abiding citizens. Others fear the risk of security breaches. “Quite clearly, this new legislation opens up a whole can of worms for the ISPs when it comes to potential security implications,” said Neil Cook, a security expert with the internet data protection firm Cloudmark.

The Government has twice postponed publication of a new data communications Bill in which ministers will set out their plans for a centrally controlled database. A Home Office spokesman said: “If we do not make changes now to maintain existing capabilities, the law enforcement, security and intelligence agencies will no longer be able to use this data in the future.”

He added: “It is the Government’s priority to protect public safety and national security. That is why we are completing the implementation of this directive, which will bring the UK in line with our European counterparts. Communications data plays a vital part in a wide range of criminal investigations. Without communications data, resolving crimes such as the Rhys Jones murder would be very difficult if not impossible.”