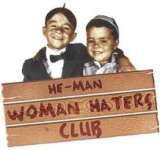 RIYADH, Saudi Arabia —  A group of Saudi clerics urged the kingdom’s new information minister on Sunday to ban women from appearing on TV or in newspapers and magazines, making clear that the country’s hardline religious establishment is skeptical of a new push toward moderation.

In a statement, the 35 hardline clergymen also called on Abdel Aziz Khoja, who was appointed by King Abdullah on Feb. 14, to prohibit the playing of music and music shows on television.

“We have great hope that this media reform will be accomplished by you,” said the statement. “We have noticed how well-rooted perversity is in the Ministry of Information and Culture, in television, radio, press, culture clubs and the book fair.”

Although it raises the pressure on the new minister, the recommendation is likely to have little effect. Khoja’s appointment was part of a government shake-up by Abdullah that removed a number of hardline figures and is believed to be part of an effort to weaken the influence of conservatives in this devout desert kingdom.

The former information minister, Iyad Madani, earned the ire of hardliners several years ago by allowing music in government-run TV and female journalists to interview men, despite the country’s strict gender-segregation rules.

Women also appear on Saudi television with their faces showing, though most in public totally cover themselves.

Newspapers publish pictures of Saudi women, but almost always with their heads covered, while pictures of Western entertainers are shown but bare arms and cleavage are painted over.

The clerics include several professors from the ultra-conservative Imam University, Islamic research scholars, a judge in a court in the resort of Taif and some government employees.

French Foreign Minister Bernard Kouchner, in town for meetings with Saudi officials, told a news conference that during lunch he sat between a female Saudi surgeon and a female journalist. He said while one woman is allowed to perform surgery and another is allowed to teach, neither is permitted to drive.

“I find that bizarre,” he said.