We are proud of yet another Officer bravely standing for his Oath to uphold the Charter of Rights and Freedoms. Canada is a better place with officers like this on the streets. Thank you! #charterofrightsandfreedoms pic.twitter.com/AqIyaAFtdN

(So let’s think about the implications of this. Pfizer drops its request to sell to the biggest market in the world, because they want to actually hold proper trials for the gene therapy. Ok then.)

NEW DELHI (Reuters) – Pfizer Inc said on Friday it had withdrawn an application for emergency-use authorisation of its COVID-19 vaccine in India, after failing to meet the drug regulator’s demand for a local safety and immunogenicity study.

The decision means the vaccine will not be available for sale in the world’s two most populous countries, India and China, in the near future. Both countries are running their immunisation campaigns using other products.

Unlike other companies conducting small studies in India for foreign-developed vaccines, Pfizer had sought an exception citing approvals it had received elsewhere based on trials done in countries such as the United States and Germany.

Indian health officials say they generally ask for so-called bridging trials to determine if a vaccine is safe and generates an immune response in its citizens. There are, however, provisions under India’s rules to waive such trials in certain conditions.

3. Police understand that journalists have a job to do. But they have to vacate the area before police do something journalists are not allowed to see. That makes perfect sense, doesn’t it?

4. This is a near perfect portrait of the left. All hate, all violence, and a total abandonment of reason. In this instance, logic solved its own problem. Meaning when you behave like that, sooner or later logically something like that will happen to him.

This afternoon there was a “counter-demo” to the trucker one for freedom. It was clearly communist. More on that later. But it was so angry and abusive it was really quite a lesson in leftism. Randy Hillier himself showed up to rescue some of the Truckers they held hostage there. At this point I don’t think Ill even listen to people who claim Randy isn’t the man. He is one brave and tough hombre.

5. Man lynched by villagers over blasphemy allegation in Pakistan 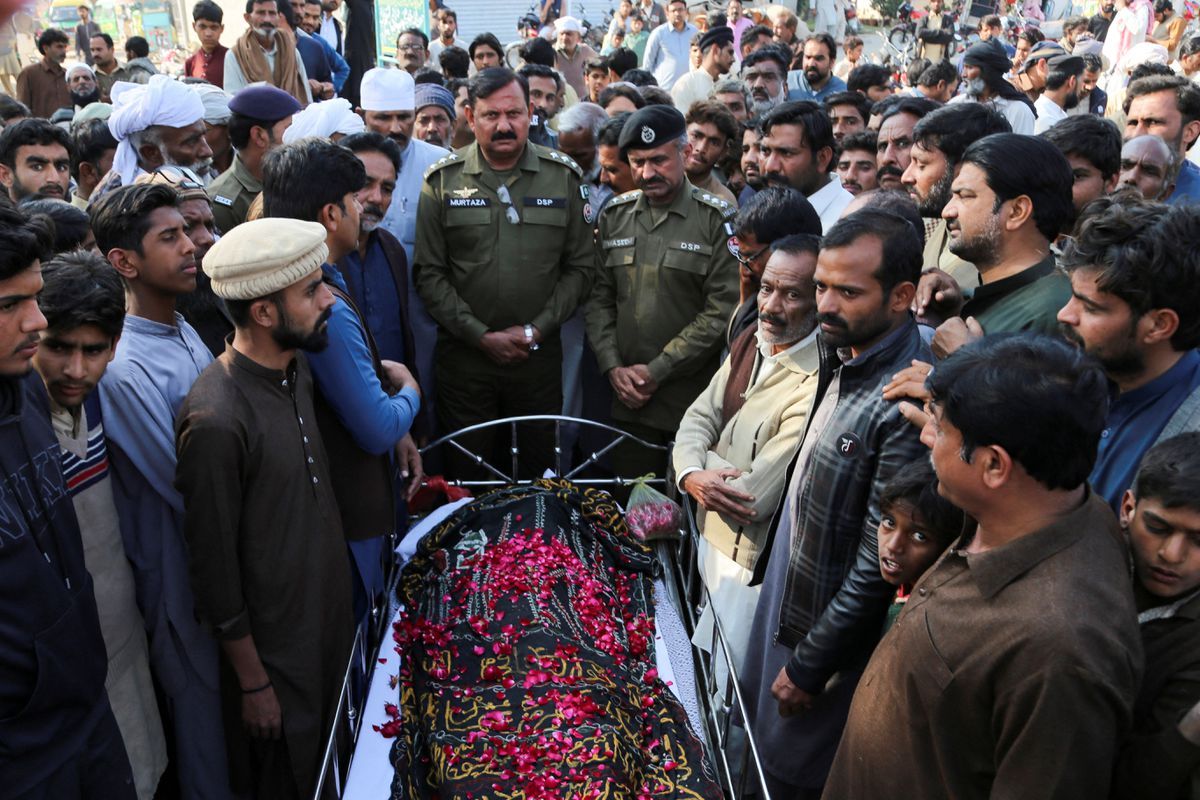 LAHORE, Pakistan, Feb 13 (Reuters) – A mob lynched a man because he had allegedly burnt pages of Muslim holy book the Koran in central Pakistan and dozens of people have been arrested, police and officials said on Sunday.

Prime Minister Imran Khan ordered action against the mob and any police who acted an onlookers to the killing.

“The lynching will be dealt with full severity of the law. “We have zero tolerance for anyone taking the law into their own hands,” he said in a statement.

A government spokesman said more than 60 people suspected of involvement in the lynching have been arrested, adding that more suspects were being identified through social media videos shot by the villagers in Tulamba, Khanewal district.

(Saves all that time consuming and expensive due process that clogs up our courts. Just lynch em. That is what multiculturalists want. The left are the same with their ideology. Hate speech is their version of blasphemy but its the same thing. A threat to the state ideology)

Thank you all for your continued efforts to educate, elucidate and occasionally entertain