1. Both Pfizer and ModeRNA stocks are rapidly falling. This is Alex Berenson’s take. 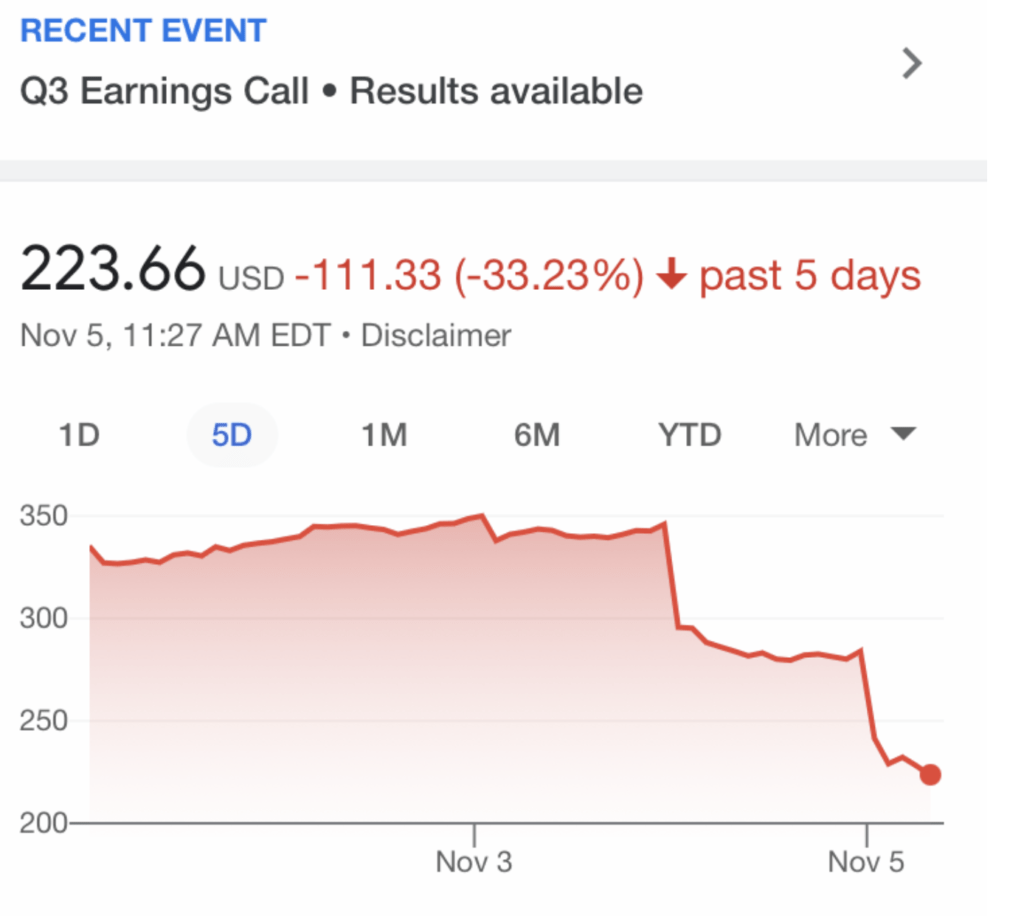 2. PLEASE read this whole thread. It directly relates to a recent Tucker Carlson show on the torture of patriots in Washington on Jan 6 2021.

My staff and I are writing a full report this morning on our 3+ hour long tour.

While some were shown to us in seemingly beneficial programs, others were in tortuous lockdown.

3. I’m not a doctor, and neither are most readers. But I bet a lot of you can guess what the cause of Celine Dion’s mystery illness might be

(Babylon Bee really got it right with their headline, “FBI admits they find it much harder to solve crimes they didn’t actually commit”. They could have added to that, being state thugs against journalists who expose the narrative as a fraud is much easier than say, arresting armed communist insurgents taking over parts of cities.)

(Another point. In the US its a crime to lie to an FBI officer. But the field officers of the FBI are actually encouraged to lie to the public if it helps them get them to say or do something that will incriminate them. Something to think about if you ever meet one.)

5. Another smoking gun on an armoury of smoking guns on the dangers of the mRNA and DNA/AAV vaccines. Frankly the testimony, of which there are two more to come, should be enough smoking guns to end these shots world wide and get guilty verdicts on several hundred people involved in the distribution, manufacture and injection of these products into people when they clearly knew how dangerous they were, or they would never have made it impossible to report adverse effects.

But here is another one. From Alex Berenson. How legit reasearchers discovered that the spike proteins your own bodies make after injection, do get into the nucleus, but more importantly, impede DNA/RNA repair processes.

[…] Over time, radiation, chemicals, and other molecular-level insults can introduce errors into our DNA, which can cause a cascade of catastrophic consequences, including cancer. To prevent this, our cells have mechanisms to repair their own DNA.

To be clear, the scientists did NOT prove the spike protein was causing these problems in people, or even animals. Nor did they show they had found the spike protein in human nuclei following the administration of Covid vaccines. Their research was confined to cells – in vitro, not in vivo.

Nonetheless, at a time when advanced countries that have high mRNA (and DNA/AAV) vaccination rates are seeing unusually full hospitals and higher-than-normal death rates, they are yet more cause for concern. As the authors explained:

Thank you all who sent in materials, thoughts and arguments to this site so far this week.

For anyone who isn’t sure about Trudeau’s commitment to socialism:

Statistic Canada: "there will be double-digit food cost hikes at grocery stores across Canada"

Inflation is roaring out of control and we have an idiot Prime Minister who is pouring gas on the fire.https://t.co/I7WAxuZLQp

2 Replies to “Tucker Carlson and proof of accusations of treatment of patriots from January 6: Links 2, November 5, 2021”