1. Alex Berenson does a comparison on which nations have the most and least new cases as of yesterday, and collates it with vaccine use. Yeah, there is a surprise there. 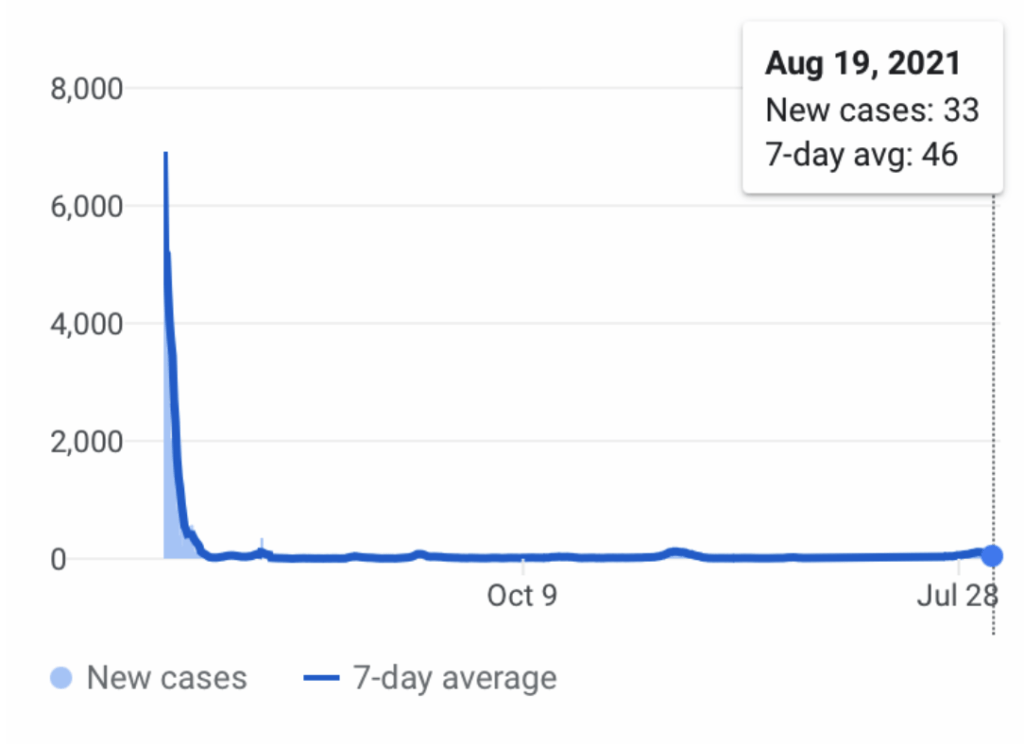 (As this site has written dozens of times, the cost of removing national borders is having to place thousands of microborders around everything you care about. In Germany, underwear with a lock and alarm due to the migrant rape epidemic means even around women’s genitalia. This story shows that the people implementing these policies also know it. They just don’t care about you. Their personal borders remain intact.)

The Department of Homeland Security has awarded a nearly half-million-dollar contract to a local construction company in order to build a large fence around Biden’s private beach house in Rehoboth, Delaware. The property is also known as Biden’s “summer White House” according to the his administration. […]

The DHS is listed as the main awarding and funding office of the contract while the US Secret Service is listed as the subagency. Additional information and details about the fence have not been publicly released.

For security reasons, the Secret Service declined to discuss their “protective means and methods” with The Post when asked for comment.

An eleven-year-old student at the Jean-Zay middle school in Valenence in southeastern France shouted, “Allahu Akbar!” during a tribute to teacher Samuel Paty. Paty was beheaded by Abdoullakh Abouyedovich Anzorov, an Chechen Muslim refugee, in October of 2020. Paty’s crime? He showed cartoon images of the Prophet Muhammad in a class teaching about free speech.

“Allahu Akbar!” can roughly be translated as “God is most great!” It is commonly shouted by Islamic extremists prior to committing acts of terror.

School officials reprimanded the child and called his father about the incident. The 43-year-old father responded by supporting his child’s outburst.

4, You gotta wonder if there is still rule of law in Canada. Or anywhere.

The Justice Centre for Constitutional Freedoms has announced that they have filed a constitutional challenge against Ontario’s vaccine passport mandate in the province’s Superior Court of Justice.

5. Nothing to hide nothing to fear. So why not give government all your data, and let them make all your decisions?

The Saskatchewan Health Authority was forced to apologize after sending out an internal email that 'accidentally' ousted 497 employees who may not have provided proof of vaccination.https://t.co/hBXPUdIhXe

Thank you all who participated in the work of democracy and freedom, which now actually needs to be done, and yes, many are willing to do it.

For anyone who is interested in phones and privacy, this is excellent. Watch every word. He also talks about one of the REAL problems with mm wave 5G.