1. Trudeau unpopular on the campaign trail in some areas.
No idea where this is, but it might be trackable by the Sotheby’s sign at 23 seconds.

Prime Minister Trudeau was in White Rock BC today to discuss home affordability. When the locals in the neighbourhood caught wind of what was supposed to be a quiet and curated event, they spoke their mind and they chased him out. Report coming soon at https://t.co/lNQwZSxLIT pic.twitter.com/J6Nc9b8XJp 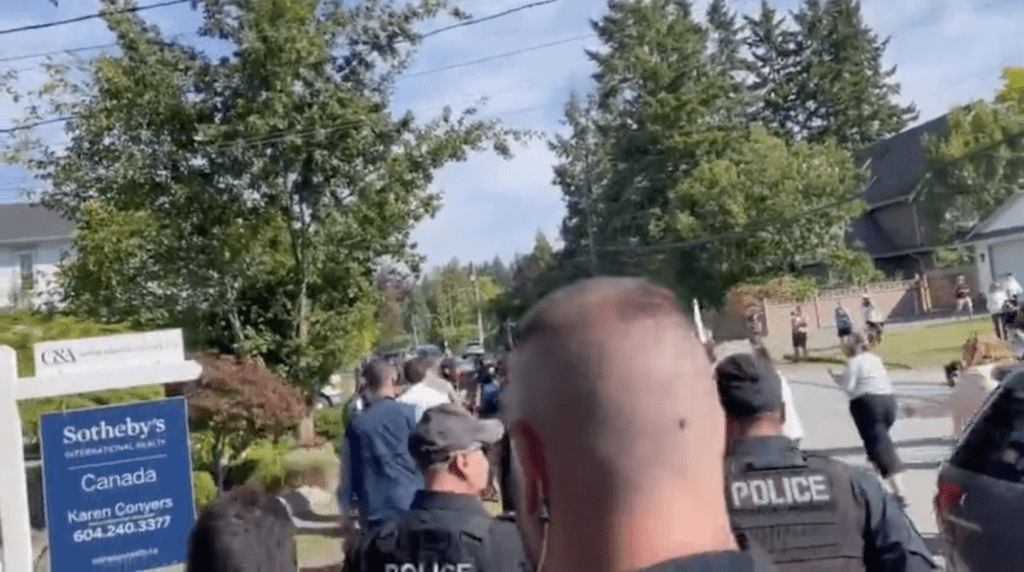 2. Canadians: Remember this tactic. We must do this. French citizens eat on the street food from home right in front of Vaxx only restaurants and bars

(Since Ontario is implementing this totalitarian bull**it like Quebec already did in a couple of weeks, we had better collect some tactics if we even want a chance at overthrowing this medical tyranny)

Im guessing at this point its kinda like an amber alert on your phone. Something that goes off all the time and people consider it about like a bad weather report.

(How long till the Taliban takes down a civilian jet with US made SAMs?)

4. Robert Malone on the FDA approval of a not-available vaxx, Explaining the FDA trick by the inventor of mRNA tech.

(This is important. Watch it twice if you don’t get it the first time. This is the most pernicious trick I have heard from a government agency since the 2020 US election and mail in voting)

5. How many died from a conventional Swine flu vaccine before they cancelled it? 50 was it?

As a healthy 44-year-old woman, she was at almost no risk from #sars-cov-2 https://t.co/YOLgdJHmrd

6. The U.S. State Department is flying unvetted Aghani Muslims to America while stopping Christian Afghanis from fleeing to other countries willing to give them refuge.

The U.S. State Department is flying unvetted Aghani Muslims to America while stopping Christian Afghanis from fleeing to other countries willing to give them refuge.

Last Wednesday, Glenn Beck, in an impassioned plea to his faithful radio audience, sounded the trumpet for a call to action to save the persecuted Christians in Afghanistan. Working in tandem with the Nazarene fund, Mr. Beck requested his listeners to donate “to the point of hurting” to acquire the planes needed to shuttle Christians out of the chaos of the current Islamic takeover by the Taliban.

Starting with a generous $100,000, in 3 short days, Mr. Beck had raised over $22 million for the Christian organization. Today, they reached the $30 million mark.

(This was also the case solidly since 2015 with Christian refugees from Syria. Put another way, Muslims from all over Africa and the Middle East entered Europe and North America as “Syrian refugees” even though many of them could not name a single Syrian brand of cigarette if they smoked, or breakfast cereal. I personally met a Christian Syrian couple who had to lie and say they were Muslim to get into Canada. Christians were/are being actively blocked from getting away from Muslim mass murderers of Christians. This policy appears to be continuing to this day under Biden. Which should surprise exactly no one.)

Thank you M., Richard, TB., RAIR Foundation, ET., TB., MarcusZ1967, Johnny U., PC., HellequinGB., MissPiggy and MANY more who work behind, in front and to the sides of the scenes for the betterment of us all and the future overall.

PC offers some math on the UK Delta deaths for the vaxxed that should be seen for a complete understanding of the issue of vaxx and immunity.