1. MERCOLA video: This virus is 99.999X10^trillionth a man made item and not from zoonotic sources

The Alberta Law Enforcement Response Team said Thursday a 15-year-old girl was rescued from human trafficking and three Edmonton men have been charged with a total of 35 criminal offences.

Three suspects were arrested as recently as June 29 after a two-month investigation, ALERT said.

“The suspects allegedly procured the youth for sexual services.” […]

Two white, non-muslim people are shown in the article and named. But these people are also named but not shown:

Read the important details at RAIR linked above. Below, a segment from Stephen Coughlin’s Red Pill Brief on the Muslim Brotherhood, the group that was banned

(Forcing people to take an experimental new technology medication is not an unfair comparison to the Nazi era. There are Holocaust survivors who agree, and the Nuremberg code was created because of Nazi doctor Mengele’s experiments on the unwilling.) 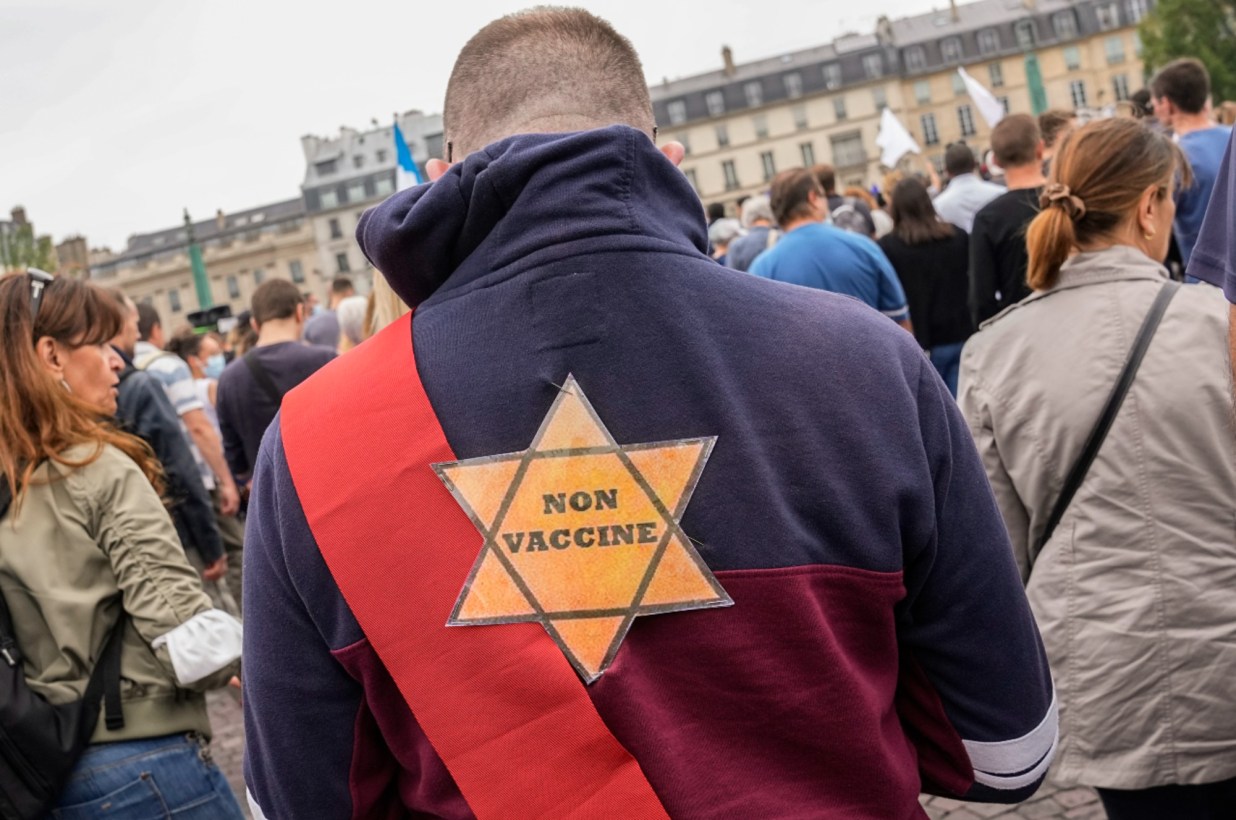 PARIS — A French Holocaust survivor has denounced anti-vaccination protesters comparing themselves to Jews who were persecuted by Nazi Germany during World War II. French officials and anti-racism groups joined the 94-year-old in expressing indignation.

As more than 100,000 people marched around France against government vaccine rules on Saturday, some demonstrators wore yellow stars recalling the ones the Nazis forced Jews to wear. Other demonstrators carried signs evoking the Auschwitz death camp or South Africa’s apartheid regime, claiming the French government was unfairly mistreating them with its anti-pandemic measures.

Pakistan: Bus blast that killed 13 Chinese men not an accident as originally claimed, but a jihad suicide bombing https://t.co/nWPT6HyI70 pic.twitter.com/5E1vVlwfea

Thank you Richard, M., Michelle, EB., Pauline, Yucki, Johnny U., (Un)believer from Mars, Sydney Ray and everyone who has supported this site and the pursuit of understanding in any way today so far.