Inside the Fauci emails there is one that stands out for many reasons.  On February 1st NIH scientists were telling Anthony Fauci the COVID-19 (SARS-CoV-2) has “unusual features” that “potentially look engineered”. Later in the email they highlight the genome of SARS-CoV-2 appears “inconsistent with expectations from evolutionary theory”.

Despite this analysis, only a few days later Anthony Fauci vehemently proclaimed the SARS-CoV-2 strain was a naturally occurring Bat virus, and anyone questioning the natural creation of the virus was ridiculed, marginalized and dismissed; some even lost their jobs.

We understand in hindsight a motive for Anthony Fauci to want to hide the origin of COVID-19 as he was personally invested in “gain of function research” (the weaponization of viruses) which he restarted in 2017. However, there’s something more….

You couldn’t make this up.

Dr Fauci’s emails have been released via a Freedom of Information Act request, and there is some pretty interesting stuff in them, particularly one email where a researcher who funded the Wuhan Institute of Virology thanks Fauci for publicly dismissing the lab leak theory early on during the pandemic. 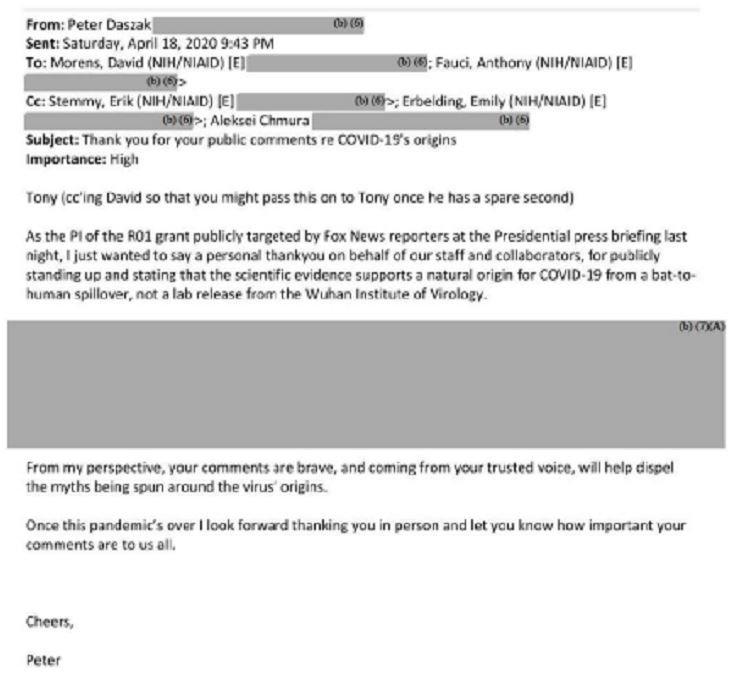 E-mails obtained through a Freedom of Information Act request have revealed some critical moments in the early days of the pandemic when Dr. Anthony Fauci began demanding information related to gain of function experiments from underlings.

It is essential that we speak this AM. Keep your cell phone on. I have a conference call at 7:45am with Azar. It likely will be over by 8:45am. Read this paper as well as the e-mail that I will forward you now. You have tasks today that must be done. 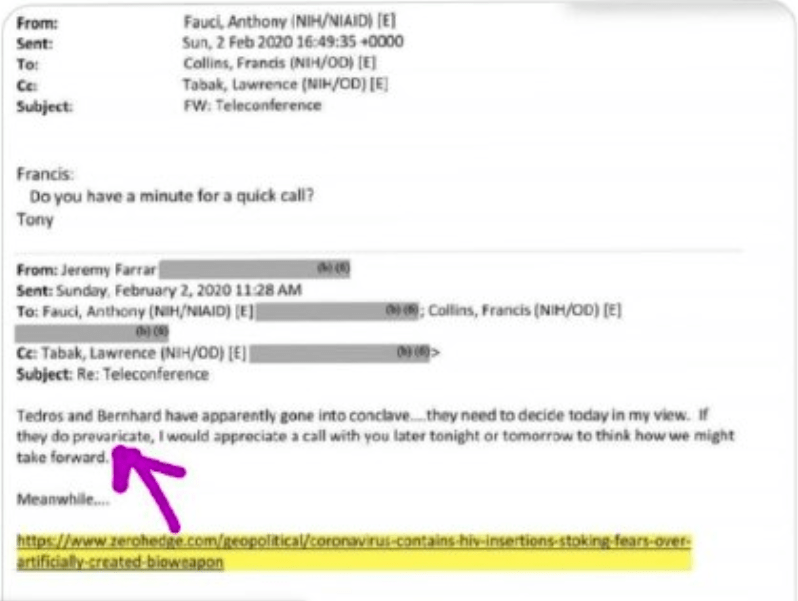 6 Replies to “The Fauci emails are indeed revealing”