(We had this checked by our Italian translators. This is widely reported in MSM Italian news)

Mauro Valeriano D’Auria, a gastroenterologist dropped dead from a heart attack while playing Tennis. He was in the prime of life, in perfect health. He had boasted on his FaceBook page that he had taken the Vaccine for Covid-19 and that it was perfectly safe.

He practiced medicine at the Umberto I Hospital in Nocera Inferiore. His friends openly discussed the relationship between the vaccine and his death on social media.

3. Covid and climate. You are not allowed to question either.

4. Anti-Israel marchers have an unsubtle and fully clear message in public chants.

What are @SadiqKhan and the @metpoliceuk doing about the Islamic extremists, terrorist-supporters, and antisemites using the Palestine/Israel conflict to spread hate on our streets?

Answer: Fuck all, as usual. https://t.co/lWMFwP8aot

5. This is a curious sort of story. The language used and the metaphors, its almost like Canada is waging war against its own people, and the weapon is the vaccine.

I wonder why the main military guy in charge of the “vaccine roll out” suddenly got reassigned?

Failure is not an option’

The sudden departure of the senior military officer in charge of Canada’s vaccine rollout is unlikely to slow down the high-profile operation, an expert in military affairs said Saturday.

Christian Leuprecht, a professor at Queen’s University in Kingston, Ont., said the unexpected reassignment Friday of Maj-Gen. Dany Fortin won’t affect vaccine distribution because the military always has a second in command ready to get the job done.

“The mantra is, ‘Failure is not an option,'” Leuprecht said in an interview Saturday.

“The mission has to go on. If you’re fighting a war and your general gets taken out, you need someone who is able to step into the fray right away and keep running the operation. The entire machine is set up to keep on rolling.”

Fortin’s replacement was not revealed Friday and the Defence Department declined to comment on the case Saturday. The Public Health Agency of Canada did not respond to a request for comment.

In Manitoba, the province’s deputy chief public health officer had little to say when asked about Fortin’s abrupt exit.

“I haven’t heard anything related to that,” Dr. Jazz Atwal said Saturday during a news conference with provincial Education Minister Cliff Cullen.

The Department of National Defence has confirmed Fortin left his post with the Public Health Agency of Canada pending the results of a military investigation, though the nature of that probe was not revealed in a statement released Friday.

Not revealed. Ok then.

Thank you all for your continued support and efforts in this massive counter-revolutionary effort. Now in Ontario, we can seriously suspect that Canada is communist in all but name at this point. More to come. Most revealingly for this weekend, the myths and deceptions and lies of omission surrounding the 2 demonstrations in Ottawa yesterday. More on that soon. 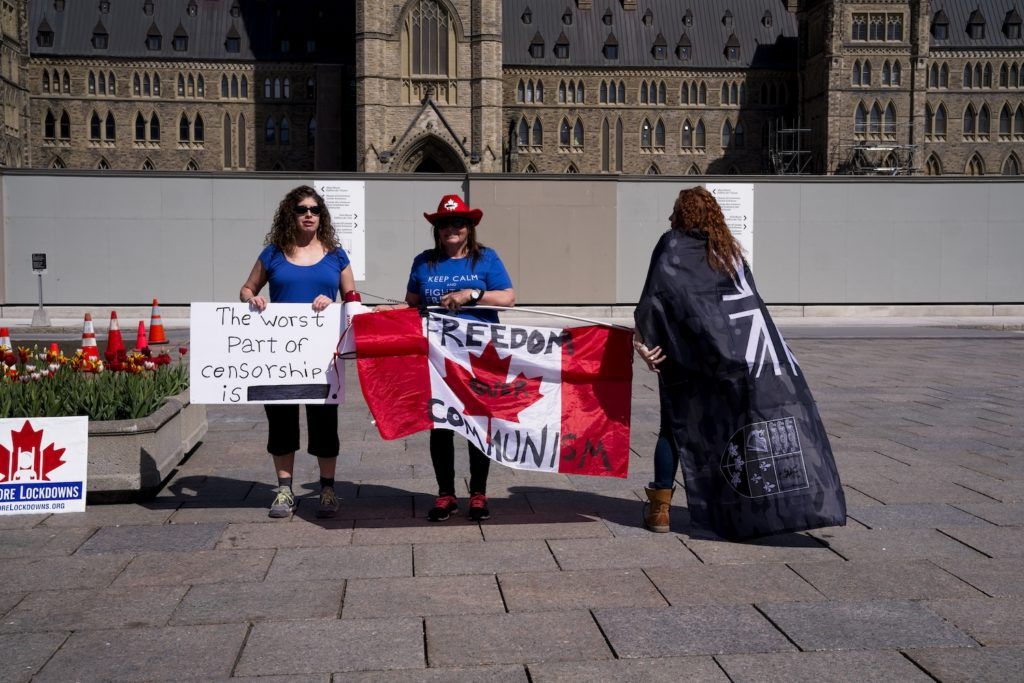