(A few questions. This happened in the fall of 2020. Why is it only being reported now, other than perhaps to protect the mass murderers who did this? Second. Why would they protect these killers? Would it be a similar reason to why they would attack a Christian Church said to hold a very high value sacred relic?) 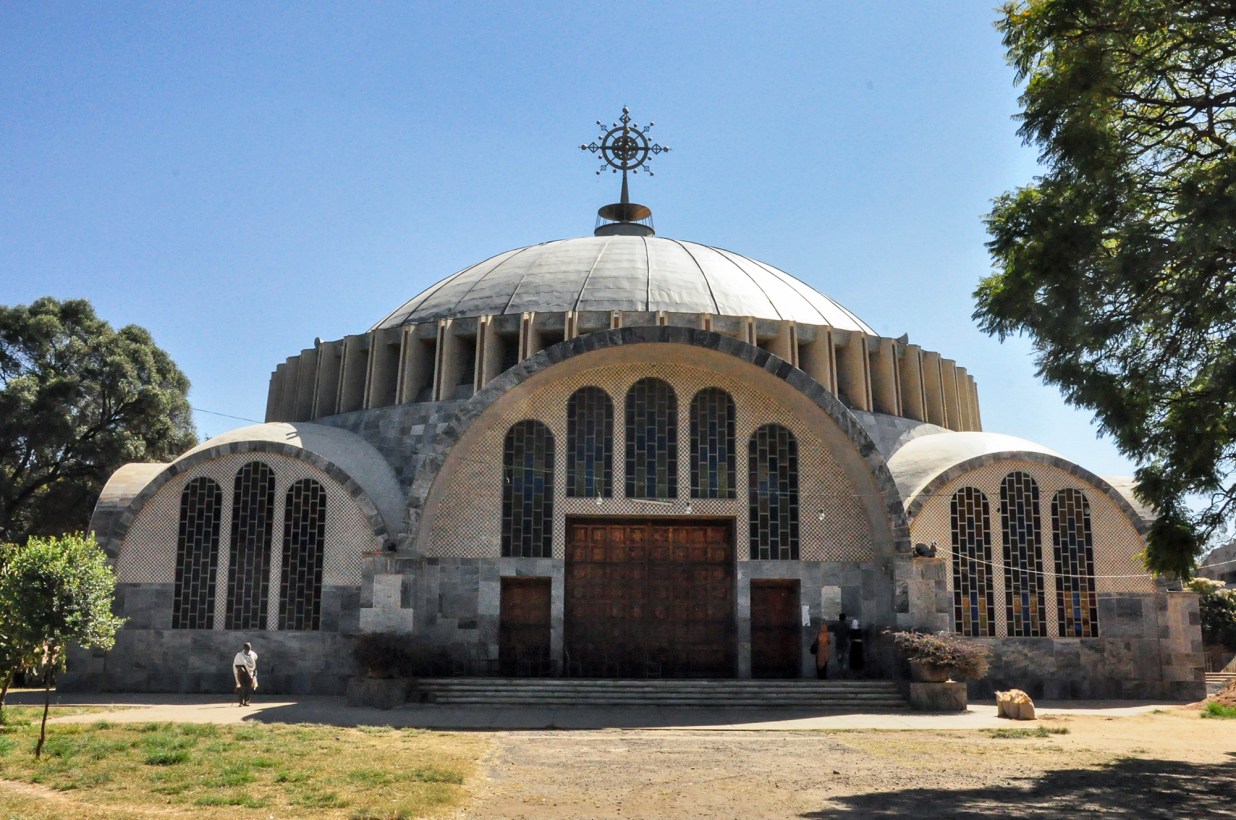 The Church of St. Mary of Zion in Axum, Ethiopia, where the sacred Ark of the Covenant is believed to be housed.AP

At least 800 people were reportedly killed in Ethiopia as worshippers and soldiers risked their lives to protect what Christians there say is the sacred Ark of the Covenant from local militia.

Ethiopian Christians claim the Ark — the wooden chest built to hold the Ten Commandments of Moses — is being kept safe in a chapel in the holy northern city of Axum in the Tigray region.

The battle between Ethiopian soldiers and rebel fighters happened in the fall, The Sunday Times reported, but it is only being reported now.

“When people heard the shooting they ran to the church to give support to the priests and others who were there protecting the ark,” Getu Mak, a local university lecturer, told The Times.

This article from Christianity Today has a LOT more actual information. It appears that it was Eritrean forces that did this massacre. A quick Google search for Islam in Eritrea turned up this utterly fascinating link on “Islamic Socialism”.

2. “Cancel Culture is a Dress Rehearsal for a Mass Murder”

3. Now even The Muppets are branded racist: Disney slaps popular show with an alert about ‘offensive content’ and it can only be seen on an adult account

(Those familiar with Stephen Coughlin and Rich Higgens’ paper on re-remembering the mis-remembered left will know that Marxism is about a never ending linear path of dialectic negation always moving the culture leftwards and creating more authoritarianism in its wake. The first really good evidence of that was in the past few years when 1st wave feminists got steamrolled for not accepting men pretending to be women, participating in women’s sports. Most famously, the Harry Potter author, J.K. Rowling.)

The Muppet Show appears to be the latest victim of political correctness with new warnings over its historic content.

The adventures of Kermit the Frog, Animal, Miss Piggy and friends now come with an alert about ‘offensive content’ and can only be seen on an adult account.

The move came to light when Disney made five series available last Friday on its streaming service, which costs £5.99 a month.

Viewers are greeted with the disclaimer: ‘This programme includes negative depictions and/or mistreatment of people or cultures. These stereotypes were wrong then and are wrong now.

‘Rather than remove this content, we want to acknowledge its harmful impact, learn from it and spark conversation to create a more inclusive future together.’

The warning is believed to refer to Muppet characters designed as stereotypes of Native Americans, Arabs and East Asians.

In another episode, the singer Johnny Cash plays on a stage adorned with the Confederate flag.

4. “We are all in this together”? No. More accurately there is an elite government and corporate class who gets extra wealth and less responsabilities while the general public is circling the drain.

More than one in three federal public servants in Canada were granted paid time off work during the first nine months of the COVID-19 pandemic, at a cost exceeding $800 million, according to a Treasury Board document.

At the onset of the pandemic, civil servants were told to work from home, if possible, in order to avoid spreading the novel coronavirus throughout government offices.

Employees who were unable to work remotely were still paid, however, under a provision known as the “699” pay code, allowing “other leave with pay.”

The number of workers approved for 699 leave peaked in April at more than 73,000. That number had dwindled to just over 9,000 by the end of November, according to the latest figures.

In all, 117,000, or 39 per cent, of federal employees spread across 86 departments and agencies were approved for the leave.

5. This is clearly propaganda. But its not entirely false. YES they did count people who died, even of suicide or motorcycle accidents as Covid deaths and YES they did NOT differentiate between dying with or dying of Covid, even though it must be conceded that some people with various other issues may not have died had they not had Covid. Also the respiratory issues and heart fatalities in some cases were caused by, or exacerbated by the Wuhan Flu virus to lethality. Hospitals were not only not overwhelmed but the government put more effort into propaganda saying they were, CBC being among the worst offenders, and into stopping people posting videos showing they were not.

WHY was their suppression of clearly effective treatments like HCQ and Ivermectin when the cost benefit of using them was so low? Even if they did not work, the side effects of such short term and low dose use was so minimal, why deny it to a patient even if there might be a placebo benefit? In that one question lies the reveal of a lot of potentially truly ugly agendas.

WE KNOW that the authorities have lied mightily about this right from the beginning. So Im willing to watch propaganda with other views so long as we can learn not to accept any package as a whole and take what is valid and reject what is not.

And then there are countless stories of information control like this one:

Google’s YouTube last week removed a video that showed an attorney testifying to the Ohio legislature.

Thomas Renz, an attorney with the Ohio Stands Up! group, spoke to the Ohio House State and Local Government Committee in support of House Bill 90, which would implement legislative oversight of orders given by Ohio Gov. Mike DeWine.

Renz said over the course of around 36 minutes that he opposed the harsh orders imposed by DeWine, a Republican, and health officials amid the COVID-19 pandemic.

Renz noted that officials initially believed the fatality rate from the disease, which is caused by the CCP (Chinese Communist Party) virus, was much higher than the flu, but it’s now close to the influenza’s rate.

He also alleged that no one under the age of 19 has died from COVID-19 in the state, among other claims. State officials say 11 children under 19 have died from the disease.

A YouTube spokesperson told The Associated Press: “We have clear Community Guidelines that govern what videos may stay on YouTube, which we enforce consistently, regardless of speaker. We removed this video in accordance with our COVID-19 misinformation policy, which prohibits content that claims a certain age group cannot transmit the virus.”

Why would Youtube remove that? The only reason I can think of, is that Youtube removes any video which suggests totalitarian measures are not necessary. Especially when the medical or scientific evidence is good, or its from a high authority in those fields.

Hungarian Justice Minister Judit Varga said the Hungarian government was willing to get rid of a law making foreign-funding of NGOs transparent after the European Commission began an infringement procedure earlier this week.

The European Commission launched the infringement procedure after citing a Court of Justice of the European Union (CJEU) ruling from June of last year that called on Hungary to get rid of the law that regulated NGOs receiving foreign cash.

The ruling itself came after the Commission had referred the case to the court in 2017. Hungary was making NGOs receiving over 7.2 million Hungarian forints ($26,000/£20,000) disclose their funding more openly and register as a “foreign-supported organisation”.

On Friday, Minister Varga said that despite considering the Commission’s move a “politically motivated procedure” Hungary would look to scrap the law in the spring of this year as requested, Hungary Today reports.

Thank you Marianne W., M., ML., Wrath of Khan, Richard and so many more who contribute to this site so often and in so many ways.

3 Replies to “A collection of things but all dialled up one more notch from mass murder to EU information control: Links 2, February 21, 2021”