1. Anthony Fury video on Facebook’s newest set of determinations on what is true, and that they will enforce. Even though the truth of these things is very much in doubt among experts.

(One thing we can learn from this is how Facebook applies the Marcuse tactic of enforcing a consensus over an actual agreement. The narrative uber truth. The consensus on global warming and the Wuhan flu we all know. That is the only thing your allowed to say. Any attempt to say otherwise results in anything from cancellation on social media, to being fired and impoverished to solitary confinement in a Toronto jail, as happened to Kelly Anne Wolfe recently. An interview with her is being prepared. In this case, the 100+ doctors that go with medical science and against the consensus would of course, be banned from Facebook as they are enforcing a consensus. Same is true of course of Twitter and all the other large social media. Understanding what you are seeing at the strategic level, makes this much easier to understand, explain, and maybe work around. Outrage is pointless. In fact its part of the psychological judo, the DIY enemy propaganda sites depend on.

All of us who reject communism and the narrative who operate on Youtube, Facebook or Twitter, have for years been highly suppressed in terms of our reach. People who subscribe to us become unsubscribed unbeknownst to them. Tweets or videos you make, are visible to you, but not your followers or the general public. Several other tactics are used to effectively attenuate your energy. You may put days work into making a video and or tweet, or hours or whatever resources you may use, only to have it dry up and blow away in a wind of the approved narrative.

If you happen to post material that is with the narrative, one might assume the opposite. You get followers, you get subscribers and your material is promoted across the platform to anyone who might be interested. Your outrage only serves their purpose. To drain you of energy and lead you to despair. This also is important to know. This would be the tactical aspect of it. But the strategic remains Marcuse. Create a narrative/consensus. Enforce it on a majority who know its not true, and suppress any independent thought with cries of “hate speech”. This takes a few familiar forms. Climate denier is a great one. It attempts to make any actual scientist who blows holes in the insane narrative of man made global warming and equate them with a Holocaust Denier. At least in the minds of the listeners. The same tactic is used for the Wuhan Flu in so many ways. Not being allowed to call it The Chinese or Wuhan Virus for one, while being free to call the ‘much more deadly and contagious’ the UK variant.)

has declared an EEA 3. Energy conservation is critical. Rotating outages are underway to reduce demand on the electric system. We urge Texans to put safety first during this time. Traffic lights and other infrastructure may be temporarily without power. 01:25:40 150221

“Traffic lights and other infrastructure may be temporarily without power,” the agency added.

“We urge Texans to put safety first during this time.”

Ice storms knocked out nearly half the wind power-generating capacity of Texas on Sunday as a rare deep freeze across the state locked up turbine towers while driving electricity demand to record levels, ERCOT reported on Sunday.

“That answer happens to be unsatisfactory as a Jew whose genocide is being called for,” said MK Cotler-Wunsh.

Twitter “cannot predict” what, if any, action will be taken against world leaders who call for the genocide of the Jewish people on its platform, a Twitter representative told a special Knesset committee hearing Wednesday.

“Let me ask you, please, squarely: Is and are calls for the genocide of Israel in the public interest as a statement of foreign policy?” asked Arsen Ostrovsky, an international human rights lawyer.

“I think that one thing that we can take from the developments of the last few months – and I hope you’ll appreciate this – is that no world leaders are exempt from our policies and that we will enforce our policies where we feel there have been violations of them,” said Costello in an apparent reference to the platform’s banning of President Donald Trump last month.

(The article continues on to grow a substantial amount of mushrooms, as one would expect from any senior staffer at Google, Twitter, or Facebook.)

5. Bill Gates. Yes, he is planning something really big, and it will cost everyone but him.

“It’ll be the most amazing thing mankind has ever done,” says Bill Gates about getting to zero carbon emissions. “It’s an all-out effort, you know, like a world war, but it’s us against greenhouse gases.” https://t.co/pBAn6L6Wdp pic.twitter.com/Ke8yIG6o6G

This is especially hideous and arrogant.

Remember, Gates’ bullsh*t offset fee means absolutely nothing at all. It costs him zero for his lifestyle. He took a solo private jet trip to the Paris accords. So if he paid 50M$ “carbon offset” it doesn’t effect his actual quality of life at all. But the changes he is setting in motion will dramatically cost us in every way you can measure cost. And we won’t even have the option to continue to live as we want, even if we could afford the “offset”.

Thank you ML., Richard, M., Wrath of Khan, PePi, EW., EB., ET., Richard, Malca, Yucki, Hellequin GB., Johnny U. and MANY more who pushed through the ‘holiday’ to teach and learn.

This was today. I just can’t imagine Biden supporters doing this for some weird treason. 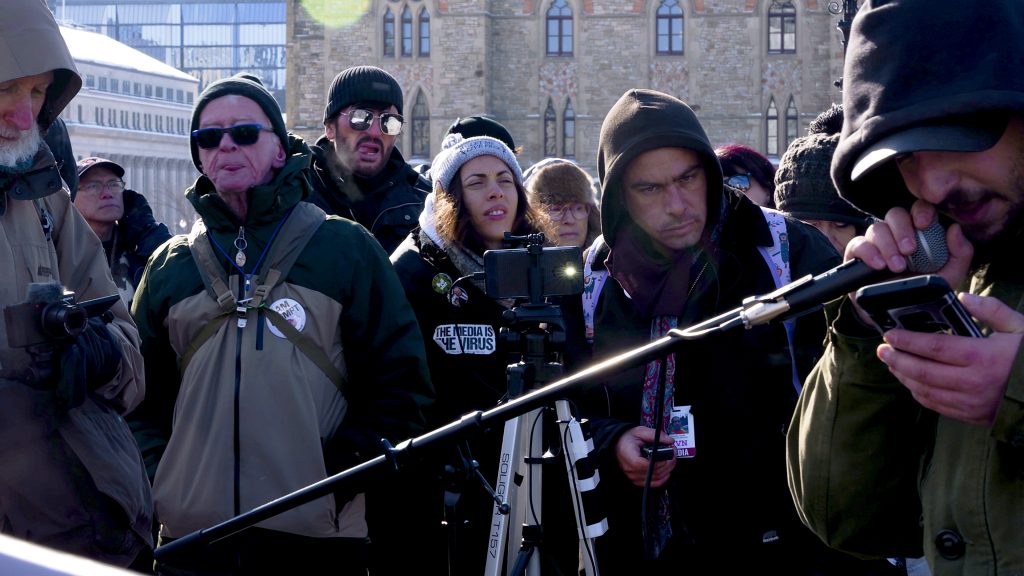 The Media is indeed the virus.