The UK government could grant vaccine exemptions to people of color while simultaneously mandating vaccine travel certificates for everyone else in order to avoid accusations of racism, according to a report in the Spectator.

Despite repeatedly promising that ‘vaccine passports’ would not be required in order to fly, the government has been actively planning for their introduction.

After more than 324,000 people signed a petition opposing immunization passports, UK vaccine minister Nadhim Zahawi said that vaccines would not be compulsory and that, “We have absolutely no plans for vaccine passporting.”

That turned out to be a complete falsehood.

As the Spectator reports today, “Responsibilities have already been divided up between government departments to look at the idea. If approved, the Department for Transport will be told to draw up plans for a certificate infrastructure. And the NHS will be told to prepare to let people access their vaccine status when preparing for international travel.”

3. It appears that the Biden admin has managed to cancel ICE. This includes giving immunity to drunk driving charges to illegals who are detained for that crime.

4. Leftist artists perform a kind of Hara Kiri in a blazing self negation of virtue signalling.

Toronto Sketch Comedy Troupe Cancels Itself, Fearing That Its Own Lack of Diversity Will Embolden “White Supremacists”

A White Supremacist just emailed me: “These sad clowns don’t empower me. In fact, they make me question this whole ‘white supremacy’ creed in the first place. What if… I’ve had it wrong all along?!!”

I’m going to go out on a limb and guess that this “troupe” wasn’t funny, and that it was canceled by audiences long before it canceled itself.

The article at the highly respected Ace of Spades HQ site, raises the question of whether or not they cancelled themselves with a blazing signal of Neo-Marxist virtue, or if they just sucked and had no audience, so they decided to make it look like a principled exit. The clip below might answer the question:

5. At this point everyone should know that CBC is enemy propaganda, pushing a far left narrative, not so much at the expense of the truth, but quite deliberately to eradicate the truth. As they say these days, lying for the CBC is not so much a bug as a feature. Anyone who has been to a protest for anything in Canada, especially Ottawa, knows this to be true from the reportage of the event, if indeed there is any, which is a lie of omission when its because CBC does not want you to know how many thousands of people descend on the Hill every year to protest unlimited abortion, or the quite deliberate misrepresentation of the nature and size of the protest when it opposes leftist government policies. Same is true for the Left. When the left holds a small bit of political theatre, the CBC will make sure it has the maximum effect. This author has seen all examples of CBC deceptiveness personally and multiple times.

This example below is only unusual that they even bothered to do the second story at all. 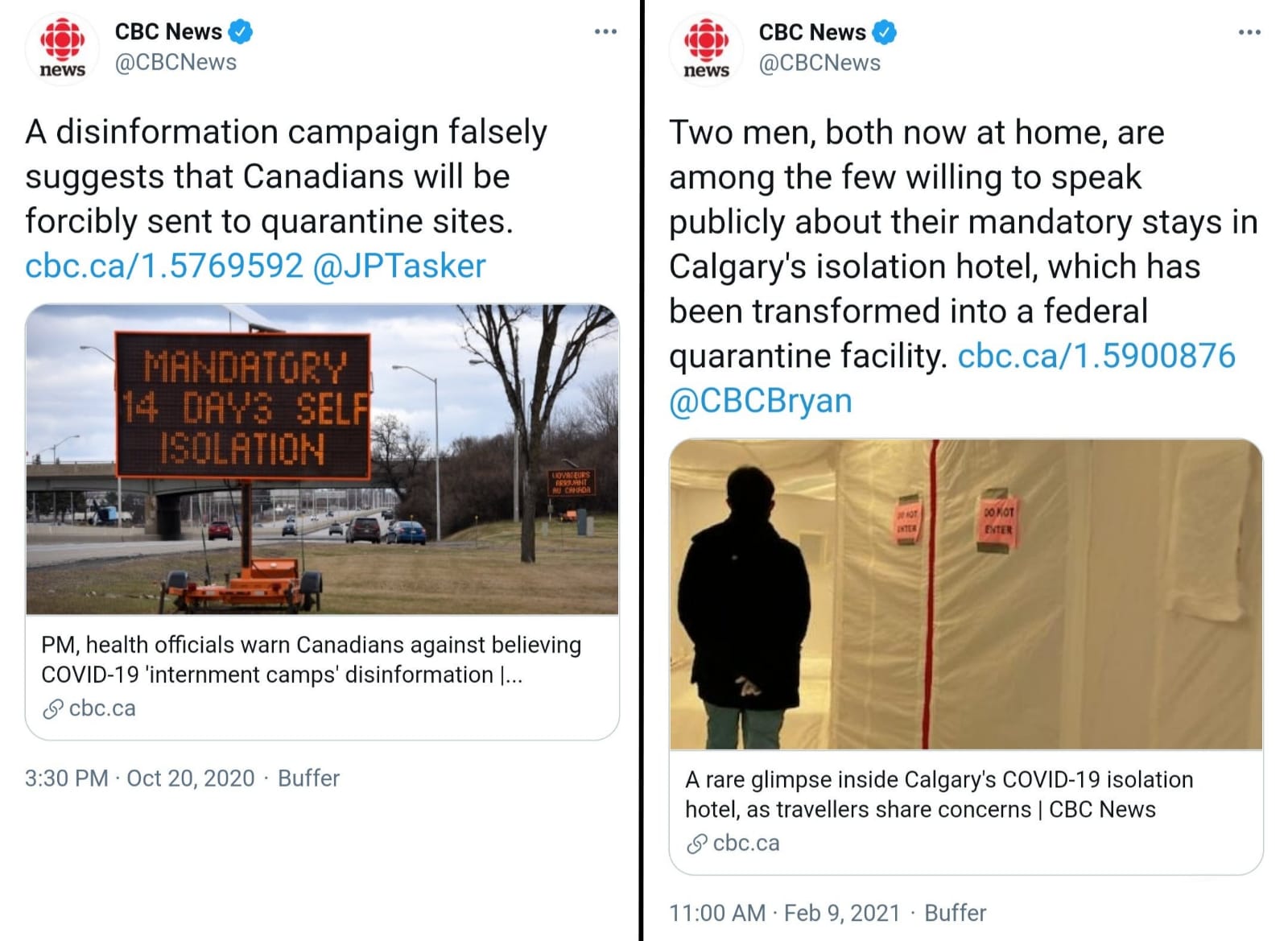 Speaking of protests that CBC lie about, if they bother to cover it at all, there is apparently a protest on Parliament Hill against the Emergency Measures act and the utter and total destruction of our most basic rights over a disease that in every way, and even with tests that yield massive overestimates of the number of infected, has failed to be anything close to what was predicted, or any other aspect of the excuses used to justify these measures. Measures which seem to be obliterating the middle class while massively enriching and empowering the top people in business and politics like never before. Or certainly not since the Nazi or Bolshevik revolutions of the 20th century.

It was discussed in this interview with the owner/operator of A Foot Above Fitness in the interview you see below:

Thank you Michelle, Hellequin GB., Wrath of Khan, M., ML., Tico in Finland, Richard, C., Kalloi, EW., Tao X., Johnny U. and so many more who read, write, think and offer thoughts via this forum.

And now, a hopeful update about the actress Gina Carano, who was cancelled for a comment she made which had it been made by the left about Trump or conservatives, would have gotten her a raise and more parts.

From The Daily Wire:

“The Daily Wire is helping make one of my dreams — to develop and produce my own film — come true. I cried out and my prayer was answered,” Carano said in a statement Friday. “I am sending out a direct message of hope to everyone living in fear of cancellation by the totalitarian mob. I have only just begun using my voice which is now freer than ever before, and I hope it inspires others to do the same. They can’t cancel us if we don’t let them.”

In announcing the new deal, The Daily Wire is offering a 25% discount for new members with the promo code “GINA.”