1. Attn Canadians: Trudeau’s policies are massivly advantaging the richest few people in Canada, which is fine, but raising expenses for everyone else. A lot.

For all their handwringing about wealth inequality, the NDP & Liberals seem totally unbothered that the central bank is using $400b to artificially inflate the assets of the rich while watering down workers’ wages. https://t.co/0VrPqipHLj

2. Anyone still foolish enough to have a domain registered at GoDaddy needs to read this thread. Not just that tweet, the whole thread. And remember what GoDaddy did to this site.

Earlier tonight @GoDaddy support was socially engineered, and thought it was ok to update the DNS records on my https://t.co/YvtOXLTUX7 domain without verification.

GoDaddy wins our 2020 award for most evil company email

The domain registrar tricked employees into thinking they earned a bonus

What’s the cruelest prank you can make on employees who are struggling during a pandemic when millions of people have lost their jobs or lives? GoDaddy — a web domain registrar once best known for its sexist advertisements — tried to find out when it sent employees a fake email informing them they’d receive a $650 holiday bonus.

As The Copper Courier originally reported, GoDaddy sent an email phishing “test” to its employees promising much-needed money: “2020 has been a record year for GoDaddy, thanks to you!” it said. “Though we cannot celebrate together during our annual Holiday Party, we want to show our appreciation and share a $650 one-time Holiday bonus!” The employees who clicked the link then reportedly received an email two days later telling them they failed the test. Instead of receiving a holiday bonus, they’d instead be required to take a training course on social engineering.

3. PePo sent in an email with the following question.

Does this untested vaccine contradict the Nuremberg Code?

Actually this new mRNA vaccine exceeds the Nuremberg code in a  few ways, which is why they have to play sophistry with the language to hide the experiment part
https://en.wikipedia.org/wiki/Nuremberg_Code

Nuremberg Code: The ten points of the code were given in the section of the verdict entitled “Permissible Medical Experiments”:

10 During the course of the experiment the scientist in charge must be prepared to terminate the experiment at any stage, if he has probable cause to believe, in the exercise of the good faith, superior skill and careful judgment required of him that a continuation of the experiment is likely to result in injury, disability, or death to the experimental subject.

After initially reading the email and then not remembering what it said correctly, I misremembered it as being about the Geneva Convention. Which it also might violate. But who the hell do you call for that?

In the above link there are many nation’s rules concerning medical experimentation on people. It is difficult to understand how this mass vaccination of people with an untested brand new technology, and in one case, by a company that has never produced a vaccine of any kind before, in fact I am not sure Moderna has ever produced a medication AT ALL before, is not in violation of these rules for medical experimentation. Granted they trick and persuade and if needs be, will ostracize people who refuse the injection from normal life. But a rose by any other name…

4. An excellent example of manipulation of language to the public detriment. Terrorism is indisputably an act of violence for a political purpose. We can extend that for attacks on computer systems as “cyber-terrorism” but its still an attack for political purposes when it isn’t crime for personal gain, or crime for its own sake, or the vanity of the attacker.

In Colorado, there was a massive attack on a gas plant leaving many people freezing, and could cause serious health issues and perhaps deaths considering the weather descending on that area now, as so many people are now without heat. The words, “Earth First” was hand written on the site of the attack. And ABC News is calling it VANDALISM. 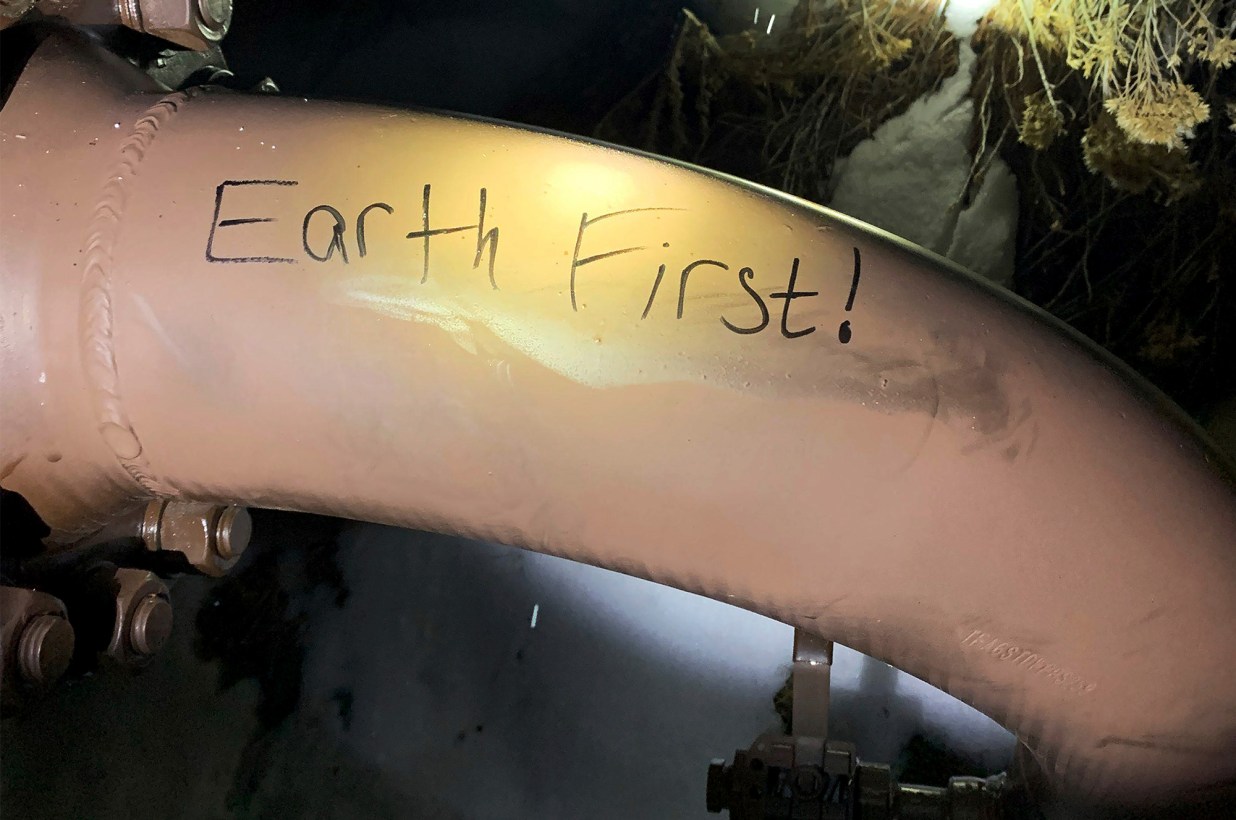 Left wing activists, probably ANTIFA, did this maneuver to prevent the homeless from freezing, but they are also the same mentality that blew up a gas line forcing people to freeze. Weaponizing winter.

Thank you EB., ET. Wrath of Khan, Kim, PePo, ML. and MANY more who have sent in interesting and important news, links and thoughts and analysis.