1. Chef speaks out on government Vs the people via police

Another hero. This chef stands against the tyranny of @fordnation and @JohnTory

Blue collar workers, you know, the Little Guys Doug, are the ones standing up for us.

(Funny, it seems to me that police stopping a man from entering his own property in pursuit of his own livelihood to feed his own family are actually guilty of obstruction of justice. What the police mean by that of course is, Obstruction of state thugs.)

2. WARNING: The following story is not from The Onion, or even The Babylon Bee but is actually USA Today!

(It was inevitable. There is nowhere for the narrative arc to go except full on Mink zombie apocalypse)

Mink infected with a mutated strain of COVID-19 in Denmark appear to be rising from the dead, igniting a national frenzy and calls from local officials to cremate mink carcasses.

While the sight itself is certainly terrifying for the residents of West Jutland, a region of the country grappling with confirmed COVID-19 cases connected to mink, there is likely a scientific explanation for the zombie-like reemergence from their graves.

A Danish police spokesman, Thomas Kristensen, told a state broadcaster that gases form while the body decays underground, according to the Guardian.

“In this way, in the worst cases, the mink get pushed out of the ground,” Kristensen said of the nightmarish sight.

There are many ‘zombie’ animals. Here’s which ones you should actually worry about.

3. So this rushed vaccine isn’t working out all that well for some people. In case anyone at all didn’t see that coming.

Take a vaccine developed in haste? Never again, says Meissa Chebbi, who, like hundreds of other young Swedes suffered <b>debilitating narcolepsy after a mass vaccination campaign against the 2009-2010 swine flu pandemic.

The experience has shaken Swedes’ confidence in any future vaccine against the new coronavirus, compounding fears about unknown long-term side effects.

4. The following is the contents of an email I received about how the media is abusing Hungarian PM Orban as they salivate over a Biden presidency, which would make their global governance plans near completion with only a few holdouts like Poland, Hungary and Israel left in the way.

PM ORBÁN’S RESPONSE TO GEORGE SOROS WAS REFUSED TO BE PUBLISHED BY THE SAME MEDIA (PROJECT SYNDICATE) THAT PREVIOUSLY PUBLISHED SOROS’ ASSAULT ON ORBÁN AND HUNGARY
Here is the story of the ban / refusal with (a bit poor quality) machine translation, from a Hungarian right-wing outlet, Pesti Srácok:
https://translate.google.com/translate?hl=en&sl=hu&u=https://pestisracok.hu/itt-vanorban-viktor-betiltott-cikke-ha-a-szabadsagunkat-meg-akarjuk-orizni-europa-nem-hodolhat-be-a-soros-halozatnak/&prev=search&pto=aue
(Even for me it is not completely clear if Project Syndicate refused to publish it or banned / pulled it down after publishing it.)
So Orbán’s article has been republished here, on the official page of the PM: http://www.miniszterelnok.hu/europe-must-not-succumb-to-the-soros-network/
PLEASE HELP HUNGARY AND SHARE IT FAR AND WIDE, IF YOU CAN, TO BREAK THROUGH THE BAN — THANK YOU
Even here, the Orbán’s article is (sometimes) blocked by some browsers, claiming that the media is a “security problem”– so the ban seems to be coordinated by Google and others:
http://abouthungary.hu/speeches-and-remarks/pm-orban-europe-must-not-succumb-to-the-soros-network/
Other sources:
https://hungarytoday.hu/orban-soros-letter-post-eu/
https://dailynewshungary.com/orban-europe-must-not-succumb-to-soros-network/

Thank you EB., M., Wrath of Khan, ET., Malca, Chris Jones, MarcusZ1967 and MANY more who take the effort and increasingly, the risk, to help us all keep a grip on reality and question the narrative.

5. Ontario MPP (MLA) Randy Hillier was arrested for failing to submit to Ontario Government lockdown BS. He was the organizer of many protests, including the one we posted the other day from Cornwall Ontario this past Sunday.

At today's Queen's Park #NoMoreLockdowns rally, MPP @randyhillier was charged under the Re-opening of Ontario Act. @fordnation made good on his threat and crossed further in to the unknown.

Good, C U in Court Doug, no backing out now! Help us at https://t.co/mD2oxcC1QZ #onpoli pic.twitter.com/nc0gxH5kY5

No idea what the day brings yet. But I hope to extract some more testimony as short videos from yesterday’s hearings and Im sure there will be many more bombshells on the election fraud. At this point, the only question left is, will the giant squeaky machinery of state decide stability is more important than representative democracy? Or not. The answer will reflect 100% the degree to which the spirit of the Founding Fathers remains in America’s leadership and institutions.

Thank you all for your dedication and attention at this site, and on these critical issues.

It pains me to say this. But it needs to be said.

War saves more lives than a hospital ever could when its needed, and police, when they are enforcing the rule of law and individual rights deserve all the love and respect we can spare. But when a war is unjust and for profit, or when police are thugs for a power mad state or to remove the rights of an individual they deserve all the contempt we can muster. There is nothing special about a police officer just because of the matching suit or the special paint job on the government car. Its not about the tool. Its about how its used. 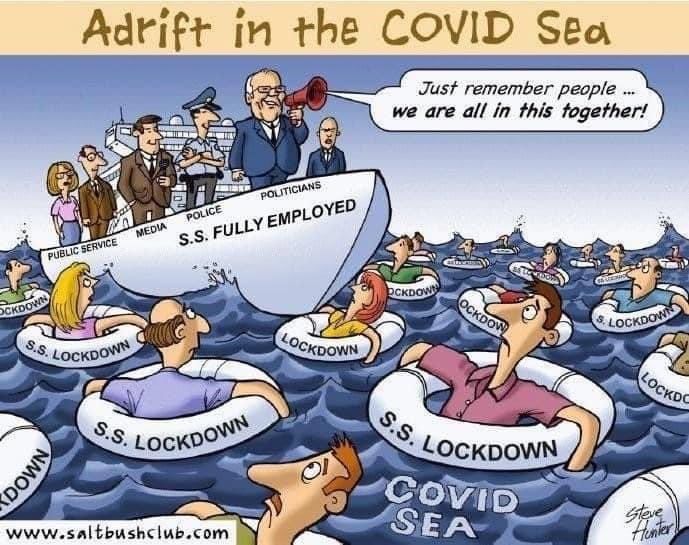