1. More proof that the left peddles hate and not much, if anything else.

She laughs the same way Hillary Clinton does. Even her laughs are lies. https://t.co/8pgOOSjkXH

STOP CALLING THEM DEMONSTRATIONS!!! THEY ARE RIOTERS AND VIOLENT THUGS!!! https://t.co/SVaDC3iViI

3. Merkel meets with the Governors of federal states of Germany to try and make uniform laws on Covid restrictions for the whole country. And predictably, they are about the total negation of the culture. 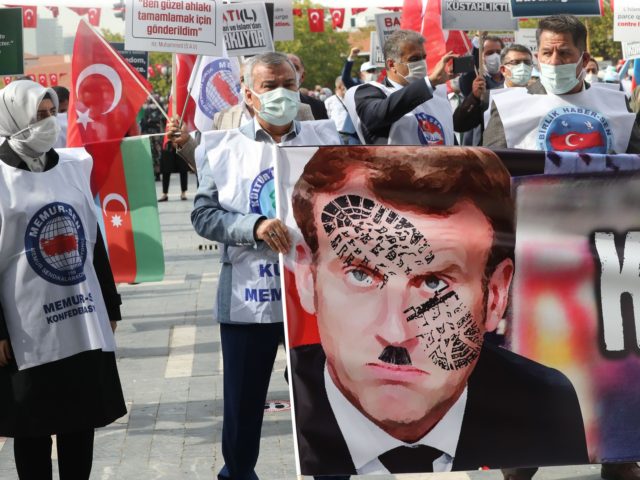 5. German leader Merkel decides unilaterally without vote, that the nation is to shut down entirely again as of Monday

OTTAWA – Prime Minister Justin Trudeau warned Tuesday that Christmas celebrations are in jeopardy as he told Canadians to expect a long winter dealing with COVID-19.

Canada has now seen more than 220,000 cases since the pandemic began and the country on Tuesday reached 10,000 total deaths. Trudeau said the coming months would be hard, but pleaded with Canadians not to allow COVID fatigue to set in.

(Notice that the Canadian face of the COMINTERN only mentions Christian holidays are in danger and not any of the other religion’s sacred days. Not Islam, Sikhs, Jewish or Hindu holidays are in jeopardy. But Halloween and Christmas, those we can’t have. Watch Trudeau fake sincerity above as he tries to empathize with us for our loss, while he will, as he always has, continue to break all the rules, laws and precepts to do exactly and whatever he wants to do.)

7. Spain opens a store that only sells masks. The question is, why aren’t they forced to close during the lockdowns?

The first Muslim rite is scheduled for Friday 30 October in the former Christian basilica, later turned into a museum. A story similar to the even more famous Hagia Sophia. A white veil drawn over original symbols of the building. But there is no shortage of criticism: risk of destroying “its nature and the artistic value”.

Istanbul (AsiaNews / Agencies) – Turkish authorities have covered frescoes and mosaics of the former monastery of Christ the Saviour in Chora ahead of the first Islamic prayer service to be held in the building which was formerly a museum and recently converted intoa mosque at the instigation of President Recep Tayyip Erdogan.

The function is scheduled for Friday 30 October, when the Byzantine building will be open to the faithful of Mohammed, completing its transformation into a Muslim place of worship.

Following the presidential decree that provides for the transformation of the Chora museum to a mosque, the images of Jesus, frescoes and icons that testify to its Christian roots were covered with a white curtain.

Thank you Wrath of Khan, Yucki, Johnny U., PC., ET., EB., M., ML., and MANY more who sent in materials and support for this site in numerous ways