1. Project Veritas exposes another dishonest Democrat who plans to ban some guns without really saying so in his campaign

200,000+ views in less than 3 hours and @jack is doing everything in his power to keep this one down.

2. Orthodox Jews fight back against NYC’s highly selective Covid lockdown rules which seem to affect Jewish areas more than others.

3. Could this be true about Trudeau? Going to try and look into this today 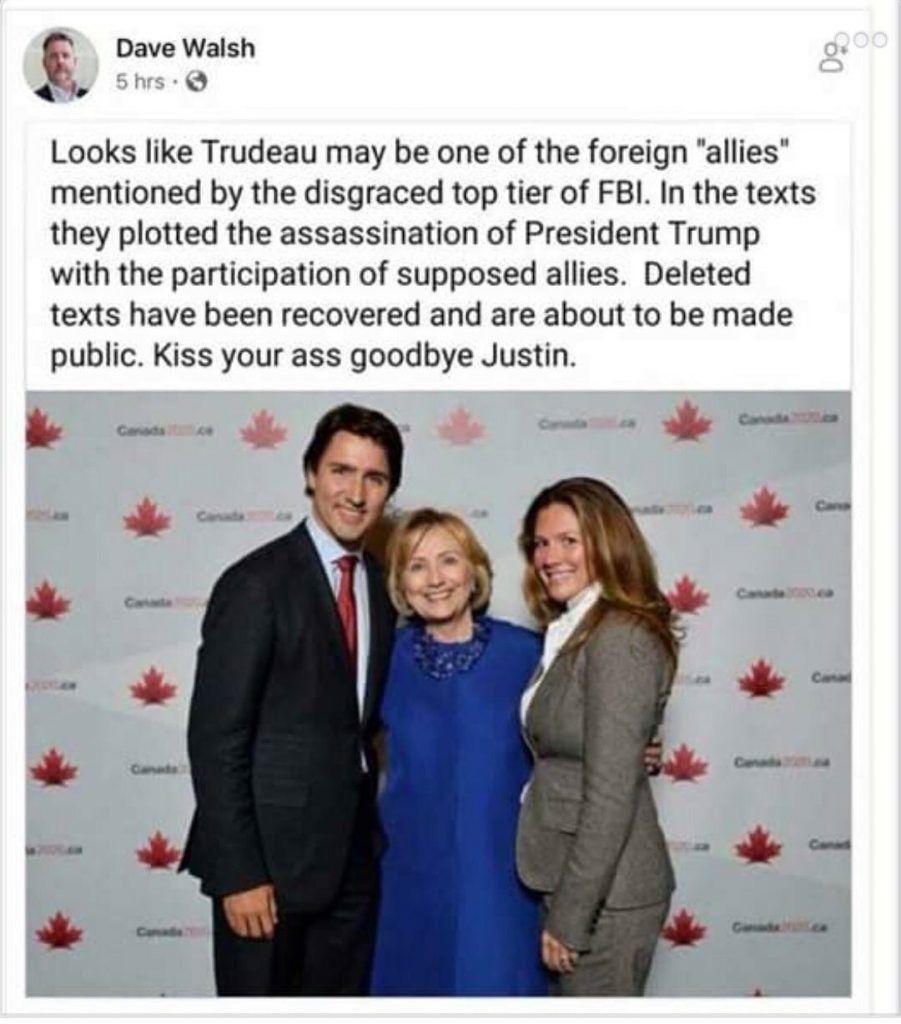 The Obama/Biden Administration knew it was hoax.

They knew the Trump Campaign didn’t collude with Russia.

They knew they were wasting taxpayer money.

But they didn’t care. pic.twitter.com/eUtZNk2MJc

Around 24,000 migrants who arrived during the height of the 2015 crisis are living in Sweden without permission or have disappeared, according to the migration board.

Of the 163,000 migrants who arrived in Sweden five years ago, the vast majority, 98,500, have been granted some form of residency. However, only 31,000 of those without a permit have left Sweden since 2015, leaving thousands of migrants unaccounted for.

Ten thousand migrants remain in the country with no residency permit at all. Another 14,000 have vanished, and Swedish authorities do not know where they are, Swedish broadcaster SVT reports. Another 8,000 are said to be in the process of having their asylum claim decided; many of them have applied more than once.

6. A great example of the new communism, is where petty-tyrants who typically have no real authority, suddenly can interrupt a funeral service because a healthy man moves closer to his mother to comfort her on the death of her husband. Communism and Islam work this way. People who have no real authority, suddenly have tons of it so long as it furthers the power and interests of the state. Watch the video at this link

The shocking moment a member of staff at a crematorium interrupted a funeral in order to berate mourners for being too close together has been caught on camera.

Craig Bicknell, from Milton Keynes, revealed he had moved his chair in order to comfort his mother at the funeral of his father Alan Wright on 2nd October at Crownhill Crematorium, before other mourners followed suit.

But it wasn’t long before a member of staff interrupted the service by waving his arms and shouting at the mourners to ‘move the chairs back’.

Craig said he and his brother Paul were left devastated by the ‘telling off’, as they grieved the loss of their father who died from a heart attack in September.

7. At the other end of the spectrum:

Update on the busdriver (67yo) who was attacked in a muslim part of Amsterdam yesterday.

He refused a man as passenger because he wasn’t wearing a face mask. The man’s son started crying, and he went berserk. The uploader of the video claims he bit off one of the bus driver’s fingers.

8. True to form, Global News, which is an enemy propaganda network, has done it again. We posted how they invented a narrative and literally REVERSED a set of events in order to make it look like a leftist Trump hater who interrupted a play of Fidler on the Roof was somehow a Trump supporter and never corrected the story. They published it actually after all the facts where known, so not surprising. And now, they try and say that offering hope to a nation by the president is “Appalling”.

U.S. President Donald Trump told the American people Monday not to worry about the novel coronavirus as he left a top military hospital where he spent days being treated for COVID-19.

That message was denounced by health experts and politicians who bemoaned Trump’s dismissal of a virus that has now killed over 210,000 Americans — many of whom were unable to access the same high quality care the president received at Walter Reed Medical Center.

(This is also a lie. President Trump signed the Right to Try act months ago. He did not receive any treatment that isn’t available to anyone else who wants it.)

9. So Trump taking off his mask alone on a balcony is a war crime, but this is OK

Biden preaches about wearing masks, then walks off without wearing one#WearADamnMask pic.twitter.com/xdjTTaoP92

10. A good 5 minute Prager U video on how Marxism determines who can be allowed to keep their positions in Corporate culture. This video refers to it as ‘Cancel Culture’.

Thank you Tama, M., Johnny U., Wrath of Khan, PC., M Walters, C., Yucki and all who sent in materials so far this increasingly intense week.

5 Replies to “A collection of the tactics, events and weaponized info-bits for the day so far: Links 1, October 7, 2020”