2. Group of Seattle rioters scream at white residents: ‘Give up your house! Give black people back their homes!’

An unruly group of Seattle protesters converged on a residential neighborhood earlier this week, demanding that the white people inside the homes give up their residences to people of color.

The march was caught on video, which has since gone viral on the internet.

According to Twitter user Kitty Shackleford, the group — made up of about 50 demonstrators — marched down the streets of the neighborhood chanting, “Black people used to live here!”

One man can be heard telling residents, “Hey guys, do you know that you are living in a historically black neighborhood right now? Do you know that before your white ass came here this was all black people?

(Anyone else think these leftist groups will do that to Muslim areas that used to be Jewish? Anyone? No? And how far back will they go? Will they demand that Homo Sapien Sapiens give up their breeding grounds to Australopithecus?)

The demands have now changed to "we want it all." #Seattle pic.twitter.com/eJeo6GZB4D

(This should be really good for gun sales)

(The calculated responses to this post are an excellent, even literally textbook example of Marxist and Frankfurt school tactics. Accusations of racism which are a veneer on top of actual anti-white racism, and other forms of Alinsky rule 4 and 13 mostly. How they use the Covid disease pathogen to disparage Trump is also very instructive. Below is a minor example of Alinsky Rule 13 by major media)

It's a disease. The man is wearing a mask, but he really needs a straight jacket. https://t.co/E2Anu4t7kt

4. About that 5 year old white boy shot to death by a black man with an excuse too flimsy to be believable.

Today is one of those news days that will stick with me. @bryanmimsWRAL and I had the chance to speak with Austin Hinnant, the father of Cannon. Cannon was shot in the head by their neighbor, who just the night before Austin had invited in to share a dinner. #CannonHinnant pic.twitter.com/qk0sNLPyqX

(Tucker Carlson did do a segment on this murder but it was short, and cast no aspersions. None are needed)

The Trump administration has for the first time confiscated cargo in vessels allegedly loaded with Iran fuel in violation of sanctions, U.S. officials said, as it steps up its campaign of maximum pressure against Tehran.

Last month U.S. federal prosecutors filed suit to seize the four tankers of gasoline that Iran was sending to Venezuela, the latest move in the administration’s effort to stifle flows of goods and money helping to keep two of its top foes in power.

(Johnny U. points out that Iran will retaliate on US soil. This is almost certainly the case. Iran has attempted a number of acts of political warfare in the US during the Obama years, such as an attempt to kill the Saudi and Israeli Ambassadors, and an actual assassination against an anti-regime activist in Texas)

(Please see the Reader’s Links post comments for today and yesterday and look for posts by C. for a lot of great news and videos on these attacks, including a police shooting of one Allah hu ackbar screaming knifeman)

THE HAGUE, Netherlands (AP) – Rioters on rooftops and streets threw stones, eggs and fireworks at police overnight during a second night of unrest in a low-income neighbourhood of The Hague, Dutch police said Friday.

More than 20 people were arrested for offences including incitement, public violence and assaulting a police officer, police said in a statement. On Thursday night, the municipality imposed an emergency order that gave police extra powers to detain people.

7. 18 minute video on the riots in Chicago. It has a timeline and some analysis as opposed to a collage of riot footage

8. Judge Orders Texas Father to Pay $5,000 a Month So His Ex-Wife Can “Transition” Son James Into a Girl Named “Luna”

(The boy is EIGHT YEARS OLD!)

10. Forced Marxist indoctrination now appears to be fully sintered into all American institutions.

Thank you M., Johnny U., Wrath of Khan, EB., Sassy, Yucki, Ruth J., Gates of Vienna, Marianne W., and MANY more who are ramping up their determination to save whats left of classical thought and liberal freedoms.

The following photo was sent in by a friend of this site. 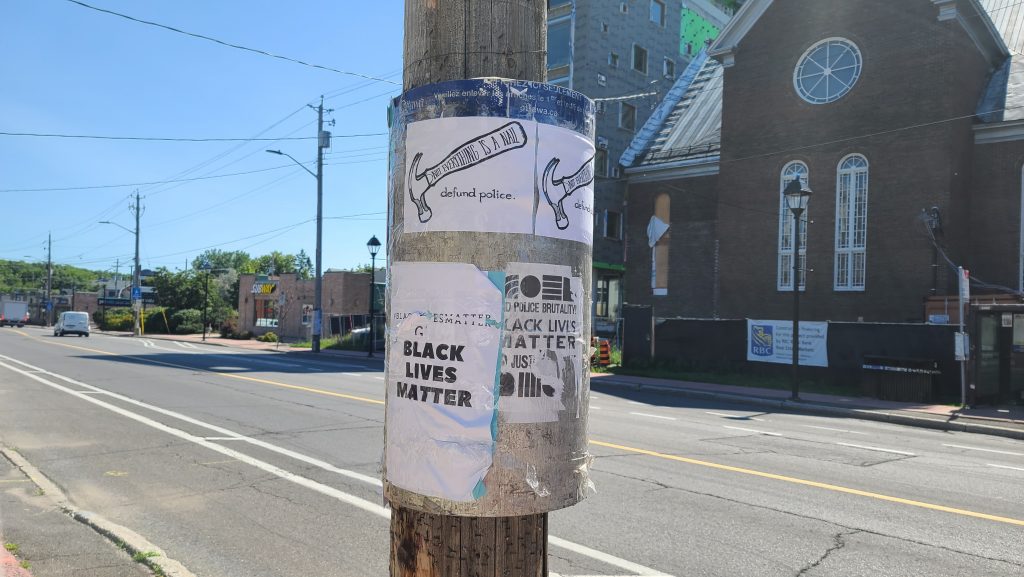 When faced with this kind of propaganda there are two things that must be remembered.

1. BLM is a Marxist organization with only Marxist ambitions.

2. The point of defunding the police, is to go to phase two. the total abolition of all private property.