Nothing one can stop what is coming. pic.twitter.com/Cr7234xbux

2. Real atheists wouldn’t care what people believe. The left increasingly acts more as if it hates the Judeo-Christian god, rather than it doesn’t believe in it. This could also be because Christianity is perhaps the best bulwark against Hegelian-Marxist thought. It was a Pope who was instrumental in defeating Soviet communism, just as it is a Pope today instrumental in assisting it, because of his heresy.

3. Statement from the Press Secretary Regarding the Implementation of President Trump’s Executive Order on Preventing Online Censorship

On Monday, the Department of Commerce, as directed by President Donald J. Trump’s Executive Order on Preventing Online Censorship, filed a petition to clarify the scope of Section 230 of the 1996 Communications Decency Act. The petition requests that the Federal Communications Commission (FCC) clarify that Section 230 does not permit social media companies that alter or editorialize users’ speech to escape civil liability. The petition also requests that the FCC clarify when an online platform curates content in “good faith,” and requests transparency requirements on their moderation practices, similar to requirements imposed on broadband service providers under Title I of the Communications Act.  President Trump will continue to fight back against unfair, un-American, and politically biased censorship of Americans online.

(Totalitarians always say there should be no debate. No debate on Global warming, or any other ‘consensus’ imposed on the majority)

7. This is pretty revealing. Its almost like there is an agenda at work. What could that agenda be I wonder…

8. An interesting Twitter thread on how Chinese and other hostile foreign governments are running key US systems. If its that bad in the US, at this point diversity directives have probably made it impossible for Canadian similar institutions to be run by or for Canadian interests.

Just found out that NIAID has Chinese nationals running their IT systems. Unbelievable. https://t.co/o2FLKJpGrl

(In other words, Let’s make Americans as unhappy and uncomfortable as possible until they vote out Donald Trump and put an anti-state compliant puppet back in the Oval Office. Even if we have to make it in all nations that are more or less conservative)

The National Institute of Allergy and Infectious Diseases director now wants to stick Americans in goggles and shields, in addition to the face masks.

“If you have goggles or an eye shield, you should use it,” Fauci told ABC News in an Instagram Live interview.

(After all, Obama made the Ebola outbreak disappear in a day by telling the press to stop reporting on each case. And the many other disease outbreaks we had such as other SARS or Corona type outbreaks, Swine Flu, Avian Flu, and even an outbreak of TB seem to have missed mass reportage and ending all commerce. Its almost like it has as much to do with destroying President Trump’s great acomplishment of bringing America back economically from disastrous socialist policies. Almost.)

10. Rhodesia (Zimbabwe after its communist revolution) is now planning to pay back the White Farmers they chased out of the nation USD$3.5B of money they don’t have.

Zimbabwe has agreed to pay $3.5 billion in compensation to white farmers whose land was expropriated during the Robert Mugabe era. But the southern African nation doesn't have the money https://t.co/Gbw7E5ezHo pic.twitter.com/SrfH0LQMPv

Thank you M., Johnny U., Richard, EB., Hellequin GM., Malca, Jsample, Wrath of Khan, and all who made the effort for this site and each other this week.

Remember this article from the other day? 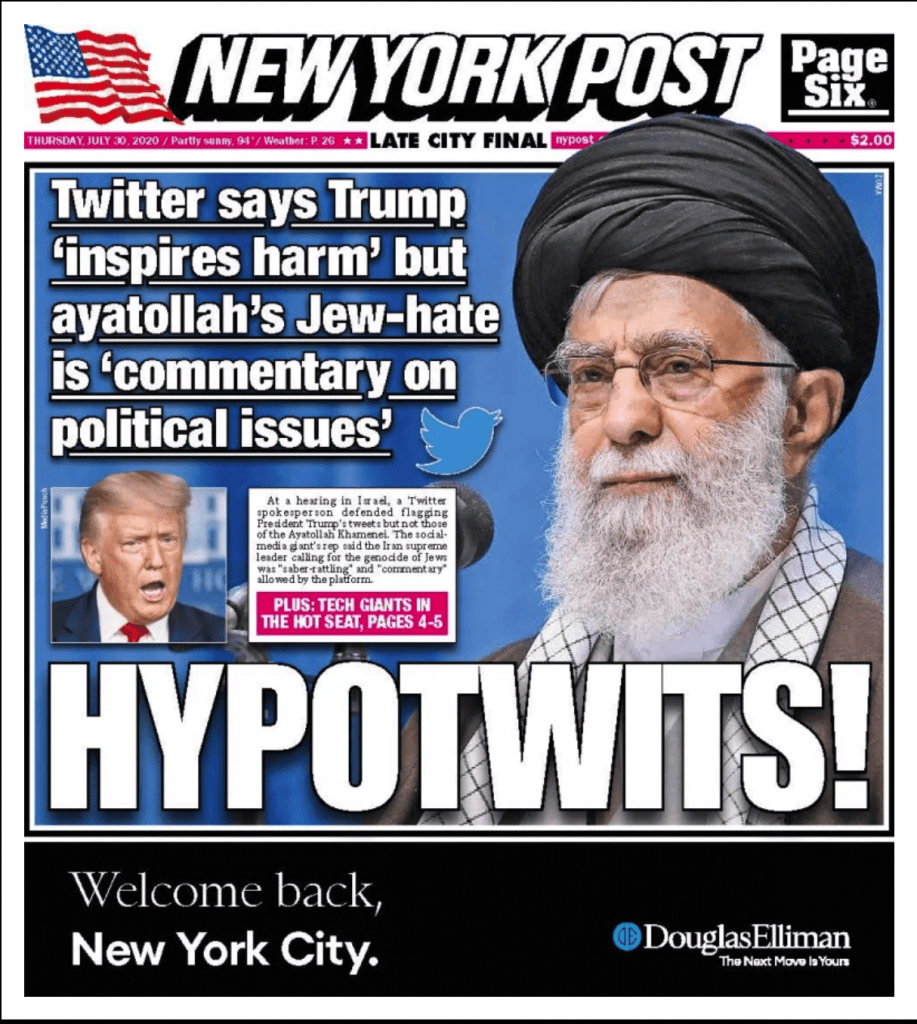