A Black Facebook employee, joined by two others who were denied jobs at the social network, has filed a complaint against the company, saying it discriminates against Black workers and applicants in hiring, evaluations, promotions and pay

OAKLAND, Calif. — A Black Facebook employee, joined by two others who were denied jobs at the social network, has filed a complaint against the company, saying it discriminates against Black workers and applicants in hiring, evaluations, promotions and pay.

The charge was filed with the Equal Employment Opportunity Commission by Oscar Veneszee, Jr., who has worked as an operations program manager at Facebook since 2017 and claims he has not been fairly evaluated or promoted despite his “excellent performance” at the company. Two others joined Veneszee’s complaint, saying they were unlawfully denied jobs at the company despite being qualified.

(Couldn’t happen to a nicer or more deserving company.)

With Israel’s pending decision to apply sovereignty to Judea and Samaria, Canadian media outlets devoted considerable coverage, much of it was misleading and lacked context, while some reports contained outright falsehoods.

Case in point, on June 24, CBC Radio’s flagship World at Six program aired a feature-length segment by former Mideast Bureau Chief, Margaret Evans, which was replete with errors and which lacked vital context about Israel’s plans.

To listen to the CBC report click here or on the image below:

Meanwhile, Germany’s AfD party upon which Merkel, the Green Party and the fascist Die Linke project a Nazi label, has very different things to say about this application of state law onto Judea and Samaria.)

3. As Stephen Coughlin says, it is NOT fake news. It is propaganda. NO Media shows up for court appearance of the communist insurgents who tore down major statues.

‘This is a pretty big story, given all the media attention paid to the attempted destruction of these statues…”
Fox’s Doug McKelway shows a real-life example of MSM media ’news judgment'… pic.twitter.com/jS9UhWdW3Q

4. Dennis Prager takes on the insanity of sterilizing children in the name of “transgenderism”

Similar to the well-known “knock out” game, violent black males began attacking random white people as part of the Black Lives Matter movement.  The objective is to violently beat any random white person while a friend or ally films the brutality.  It is also known as “polar bear hunting’.  CTH identified 28 victims in 2014 alone.  [Typical Example]

This is part of the BLM Marxist program of retaliation.

Sometimes rape, gang sexual assault, or severe brutalization are part of the effort. This activity has laid dormant for a few years but surfaces again with the rise of the Black Lives Matter community.

If the random white person does not accept the beating, they are racist. 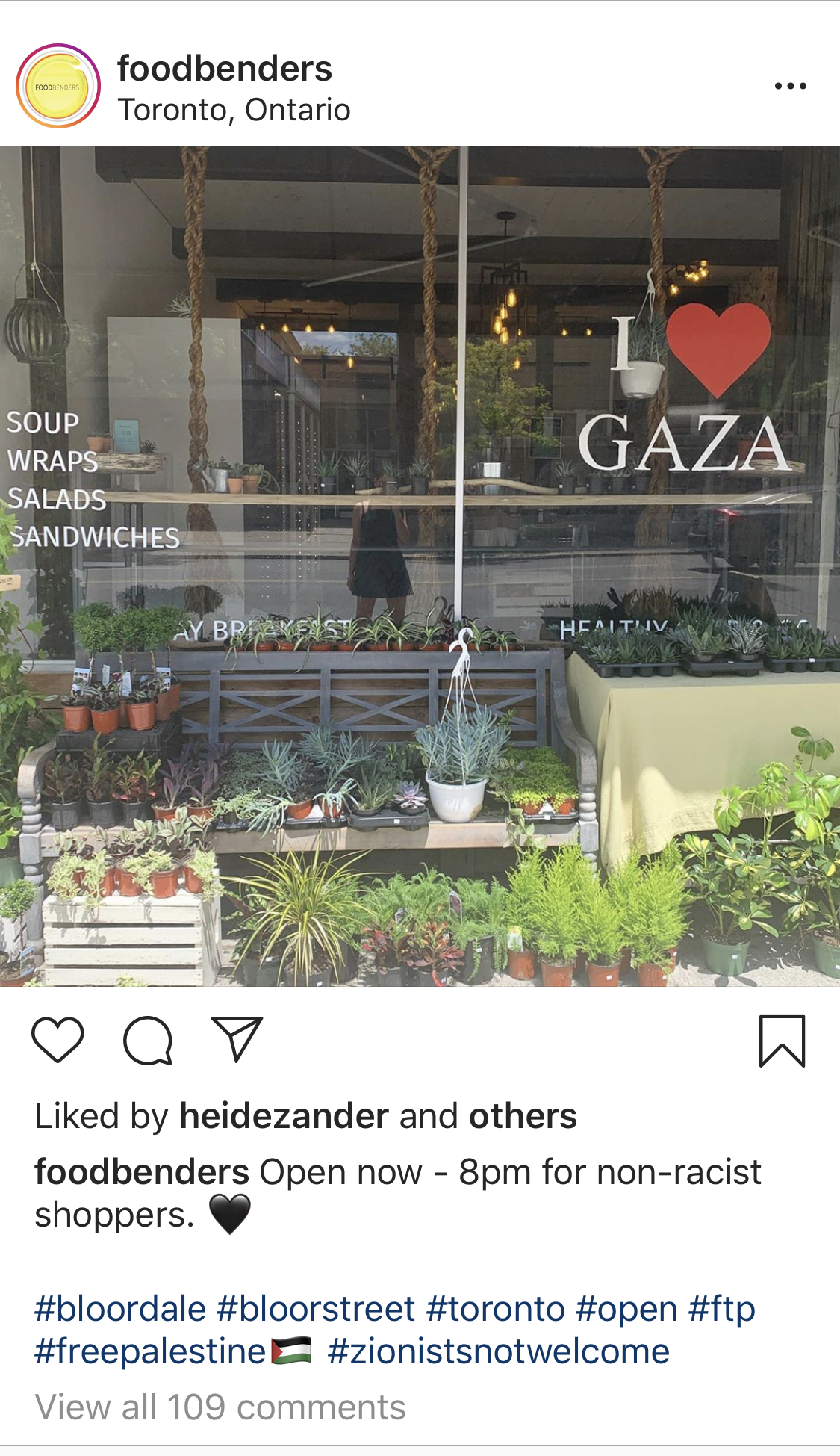 TORONTO (July 2, 2020) – Hasbara Fellowships Canada is calling on members of our community to boycott a downtown Toronto restaurant after its owner continued to make hateful and offensive remarks about Israel and Zionism on Thursday.

For weeks, Bloordale restaurant Foodbenders and its owner Kimberly Hawkins have intensified their campaign against the Jewish State, writing politically-charged messages on the sidewalk chalkboard outside such as “Defund Israel.” The Foodbenders Instagram page has also been rife with egregious anti-Israel rhetoric, with several posts that many would argue are outright antisemitic, including Zionist are “Nazis,” “racists,” “greedy and entitled” and that they are “not welcome” at Foodbenders.

One Foodbenders post about a pro-Israel Instagram page read, “These people control your media and elected officials.” The notion that Jewish people run the media is a clear and age-old antisemitic trope.

Thank you Sassy, Xanthippa, M., Wrath of Khan, ML., Johnny U., Yucki, PC., and all who sent in thoughts and materials.