From this Scandinavian news site 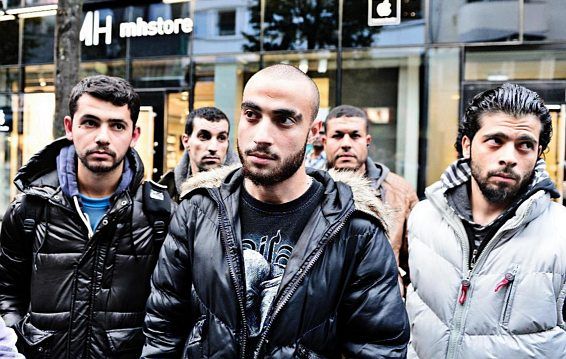 Sweden is, at this time, preparing the country and its population for a possible war-like disaster. Back in January, 2018, the Swedish state requested that citizens stock up on enough food for a week — including water. A few weeks ago the authorities also published a brochure, “If there is a crisis or war”, and on the 5th and 6th of June, Sweden sent the entire country’s home guard on a nationwide exercise. 22,000 soldiers were called in for the exercise, which was meant to test the country’s preparedness to deal with a national disaster.

According to the Swedish authorities, such a disaster could be triggered by “climate change” or “tensions in the Baltic states” — allegedly caused by the Russians.

The Swedish state’s warning and recommendation for people to prepare themselves comes hand in hand with public reports by the country’s police that they can no longer handle extremely violent immigrant crime. Furthermore, the police warn that thousands of ISIS sympathisers are wandering about the once safe country. On social media many people suspect that the Swedish authorities are using the threats of climate change and Russia as an excuse to prepare citizens for a real collapse of the Swedish society as a result of extreme and uncontrolled immigrant crime and terror. Neither Swedish politicians, the media, nor authorities are known for their openness and honesty about the consequences of Muslim immigration.

Law and order in Sweden can be compared to a banana republic. NewSpeek was able to confirm, earlier in the year, that only 1 of the 114 reported rapes committed at just four music festivals led to a conviction. The risk for being successfully prosecuted for rape at a festival is thus under 1%. Only 22% of all murders and deaths were solved in 2016. Since 2010 the chance of the ultimate crime’s being solved has been between 18% and 29%. In comparison, the rate at which murders and deaths were solved in Denmark was over 90%.

A leader of South Sweden Industry and Chamber of Commerce plus two lawyers said last year to the newspaper Svenska Dagbladet that the “the rate of solution for a number of crimes is now so low that we in effect have abandoned numerous laws.” “There is now a definite level of lawlessness in parts of the Stockholm region,” a concerned police inspector says. Another police inspector says that “the justice system, which should be the pillar of a democratic society, is breaking down in Sweden.”

The Danish government has so far not initiated border controls with the ever more destabilized Sweden. This despite the fact that at the same time armed gangs and dangerous Islamists are able to freely travel to Denmark either by bridge or by ferry.

Video: The Swedish authorities have published more videos that instruct Swedes about what to pack in order to cope with a “national security crisis”: (the video is surreal — note the happy music)