The man has been arrested and charged.

The Southern Poverty Law Center has removed an online list of “anti-Muslim extremists” after British Muslim reformer Maajid Nawaz threatened to sue the SPLC over his inclusion on the list.

The list is the fourth article in two months the SPLC has deleted over accuracy concerns.

The left-wing nonprofit first published the list in November 2016, offering it as a “field guide” to journalists.

In addition to Nawaz, the list included Somali-born activist Ayaan Hirsi Ali, who advocates against female genital mutilation, among other issues. Ali blasted the SPLC’s “deeply offensive smears” in an August 2017 op-ed for The New York Times.

(Two hour video I have not watched, The article is good though)

A French appeals court has upheld a ruling denying an Algerian woman citizenship after she refused to shake the hand of a senior official.

The woman, who has not been named, said her “religious beliefs” prevented her from shaking the hand of the male official in the citizenship ceremony.

A government ruling said it showed she was “not assimilated into the French community” and denied her citizenship.

She appealed, but France’s highest administrative court upheld the ruling.

The Algerian woman has been married to a French man since 2010.

4. Swedish woman attacked without reason by twenty men in subway

On Thursday a Swedish woman was attacked at a Stockholm subway station. The woman was hurt in the unprovoked attack and had to visit a hospital to check for her injuries.

“The woman was on her way to the green subway line when she was attacked by a number of people. It’s about people she does not know and we only have vague signals”, police spokeswoman Carina Skagerlind, tells newspaper Stockholm Direct.

Skagerlind says there are many camers on the site and there should be witnesses as well. The woman was attacked 10 pm at Stockholm’s Fridhemsplan subway station.

Police say the woman was heavily beaten and had to visit a hospital. The event is registered as an offence. No one has been arrested yet.

Many cameras yet no pictures. Lots of witnesses, but no descriptions. Video taken, none to be had. This typically means one thing…

5. The following story is for anyone who thinks that Alphabet’s Google and Youtube has even a modicum of integrity or objectivity, whatsoever.

Alon Altman, a senior software engineer at Google, pressured the company to sabotage President Trump’s Android phone, according to new evidence released via James Damore’s class-action lawsuit against the company.

Calling on the tech giant to use the “full economic force [of] Google for good”, Altman also suggested deleting the gmail accounts of Trump, his administration, and his aides for “abuse.”

Altman – who is still employed by the tech giant – also called on Google to blacklist “alt-right’ sites on the Google ad network (she falsely included Breitbart News in this category — an assertion refuted by a Harvard and M.I.T. study), and take down all “alt right videos” from YouTube. She also called on the tech giant to remove “neo-Nazi sites such as ‘The Daily Stormer’” from the Google search index.

6. Here is an interesting pair of videos:

Its almost like she became muslim for that politically correct poker advantage over her fellow Caucasians so she could get the power and attention she craves for basically no reason whatsoever.

7. As Swedish as hand grenades.

Thank you Xanthippa, M., Wrath of Khan, Perfect Child and all who write in with thoughts, comments, links and analysis.

For those of you following the selective enforcement by Youtube against our channel, this is interesting. Note that this is the same video for which we received a community standards strike, but its on a WHITE POWER channel. They have the video up with no problems and clearly no strike for it. Click through to Youtube to see the channel. The logo is below. 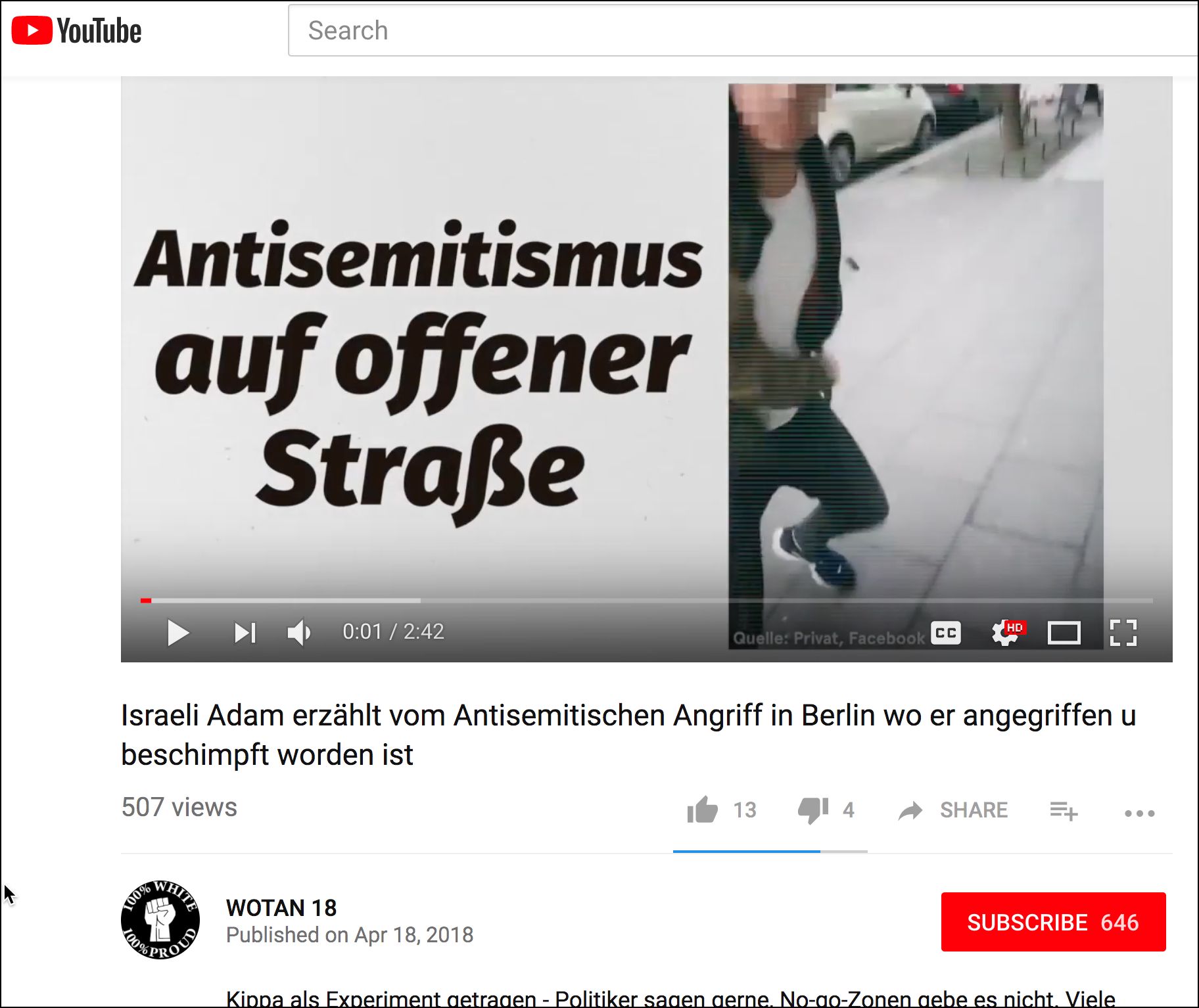 3 Replies to “Leftism and Islam a formidable enemy for genuine liberalism: Links 1, April 21, 18”