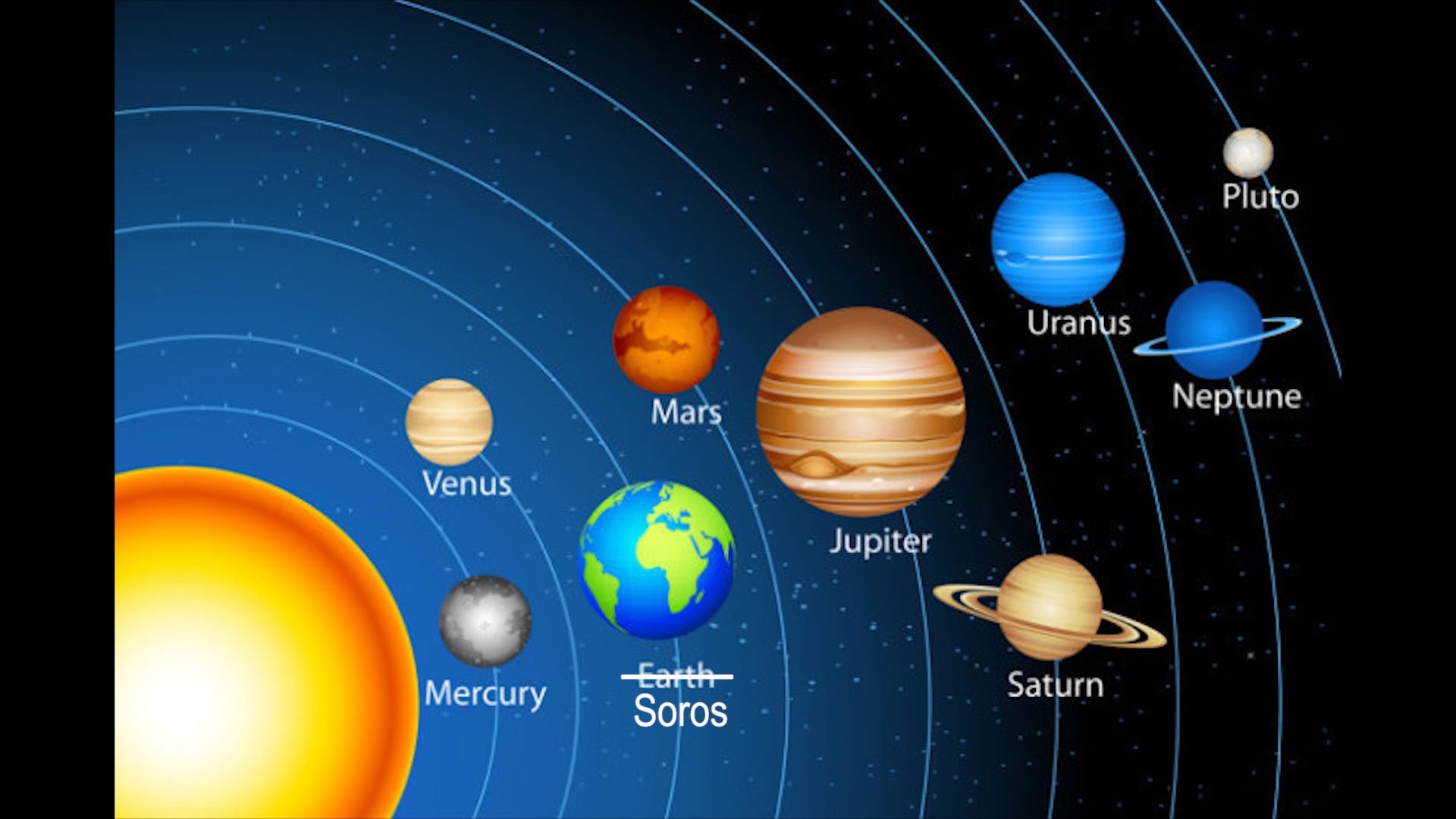 Author and sociologist Frank Furedi claims globalist activists working for billionaire financier George Soros bragged about toppling governments at a private lunch.
A former professor of sociology at the University of Kent in Canterbury, Furedi recounted his experience with the globalist’s “missionaries” in an article for the Telegraph newspaper, having been prompted by the revelations about his efforts to bring down the British government and trigger another EU referendum.

“Soros believes that if the people voted the wrong way, he is entitled to thwart decisions made by them,” Furedi wrote.

2. “Did you run out of colouring books Justin?” -Canadian house of Parliament

When authority rises and all must be hush, but then someone yells out…
“did you run out of coloring books Justin” ? pic.twitter.com/U2cfiHVV3w

3. On the subject of Canada’s seemingly stoner PM:

Trudeau, who was traveling in the motorcade at the time of the crash was not injured, officials said. His car was not involved in the collision, the CBC reported.

The Hungarian government has weighed in on the revelationsconcerning a plot by billionaire globalist George Soros to topple the British government and trigger another EU referendum.

“Soros is funding groups that are working to overturn Brexit, to reverse a decision taken at the request of UK voters, and to possibly topple the democratically elected government of Theresa May in the process,” observed Dr Zoltán Kovács, the Hungarian Prime Minister’s Secretary of State for Public Diplomacy.

“Let that sink in for a moment.”

Why do we say ’Stop Soros’? Just ask the people of the UK, where he’s working to overturn the Brexit referendum and perhaps topple a democratically elected government in the process. Latest on the BLOG https://t.co/P2EKExLNaw

5. IDF says it hit 12 targets in Syria after jet crashed in cross-border raid

IDF said it struck 12 Iranian and Syrian targets in Syria, including air defense batteries. Hours earlier, an Israeli F-16 jet was downed as it was taking part in an operation targeting Iranian facilities in Syria.

“Twelve targets, including three aerial defense batteries and four Iranian targets that are part of Iran’s military establishment in Syria were attacked,” the Israeli military said in a statement. The military added that during the attack, “anti-aircraft missiles were fired towards Israel, triggering alarms that were heard in Northern Israel.”

The IDF is striking numerous (12) Syrian and Iranian military targets in Syria, in response to Iranian aggression. More to follow

“The Canadian government wanted the Muslims to be able to regulate their own issues….to solve their problems amongst themselves [according] to Sharia Law, so it is not a burden on the court system which is already so bogged down.