1. Ezra Levant on the newest move against democracy by the Trudeau government.

(Democracy really has far less to do with voting than the manner in which the institutions of state are organized and run. When Venezuela decided to politicize the armed forces, it didn’t matter much what happened at elections after that. Same for that matter, with Obama when he politicized the FBI, IRS, Homeland Security, CIA and other institutions of state. The big surprise to everyone is that it didn’t work as easily as they thought it would.

Trudeau is very much cut from the same cloth as these other communist leaders. And this move to fund legacy media is almost certainly going to have ropes attached as thick as Stalin’s thumb.

Wonder who this very very powerful name might be ?#canpoli #cdnpoli pic.twitter.com/qliXtxV4me

4. The Rebel reports on the Muslim sexual assault trial at the Edmonton Mall:

5. How many standards does Trudeau have one wonders:

Almost nobody was asking for the anthem to be changed, and polls showed Canadians wanted the anthem kept as it was.
https://t.co/SkLp1uo9OR

The Senate passed a bill that renders the national anthem gender neutral Wednesday despite the entrenched opposition of some Conservative senators.

The House of Commons overwhelmingly passed a private member’s bill in 2016 that would alter the national anthem by replacing “in all thy sons command” with “in all of us command” as part of a push to strike gendered language from O Canada.

Since Trudeau’s father forced the metric system and bilingualism on Canadians, the first move to destroy any sense of Canada’s heritage and culture as it was, it has been a steady attack. Since bilingualism, very few even know the words to the National anthem and people tend to just mumble along when it gets to the French part.

As this CBC article doesn’t even seem to have the new lyrics we can assume that now, no-one knows the words to Canada’s national anthem. And I bet that was the point. Remember Trudeau’s NYT interview? 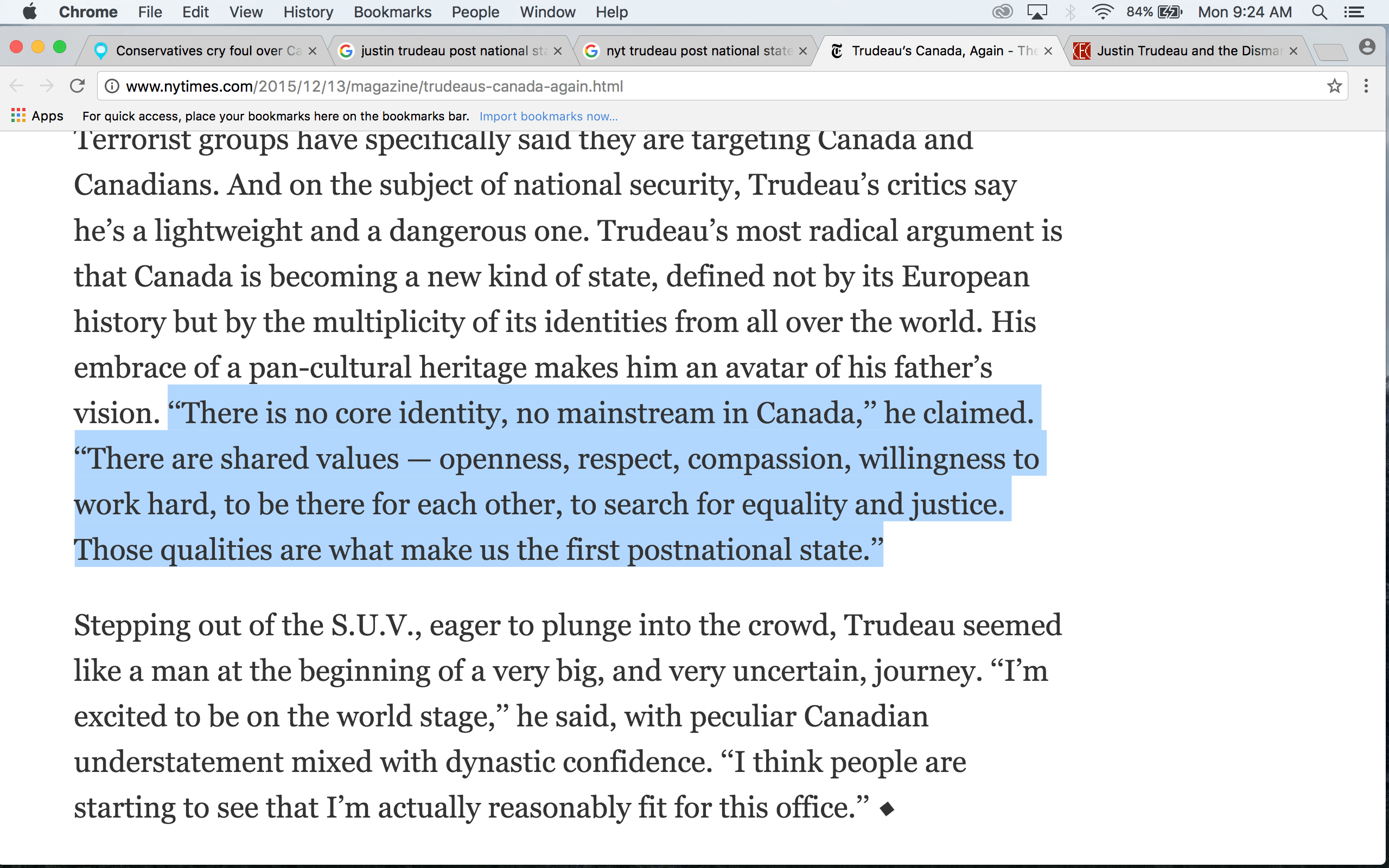 Thank you M., Richard, Wrath of Khan, Xanthippa, Charles, Johnny U., and all the caring people who feed this site and thereby, each other.