1, CTV does piece on trafficking of Yazidi sex slaves.

(There is some evolution towards reality in the Canadian MSM. They refer to the Islamic State as “IS” and not ISIS or ISIL or any of the other attempts at deflection the government-media complex forces on us recently. They still quote the US state Dept. on motives which is an attempt to distance the Islamic State from Islam, but they do so as a quote rather than a statement of fact. Is this a sea change? Because its most certainly unusually factual reporting for a Canadian MSM by today’s standards) 2. EXPRESS does a piece on attacks on Muslims in the US outside mosques where horrific slaughters were planned or if not planned, certainly encouraged, and make it look like a hate crime, while the article carefully explains that there is no evidence it was a hate crime and is not being approached as one.

3. This video has a temporal malfunction. The original title is:

India: Police and protesters clash after Friday prayers in Kashmir

The thing is, right now its nearly 11:00 AM ET on Wed. Which means that its barely even Thursday in parts of Australia. Which means its definitely not Friday in India unless a major temporal convention has taken place about which I am unaware.

Its safe that the rest of what we see is meaningful however. Muslims in the Kashmir district of India went to mosque where they were incited by the imams to attack the Indian state by any and all means did so, and the Indians brought in tear gas which I think the Muslims actually collect and use to spice their shawarmas at this point.

I do like the display of the Islamic State flag though. Gotta love it when they show their hand.

(Maybe its time some enterprising Swede started a business called “Tard-proofing” where you equip your daughters and sisters, does anyone in Sweden actually have siblings anymore?, to resist or protect yourself from molestation and rape attacks) 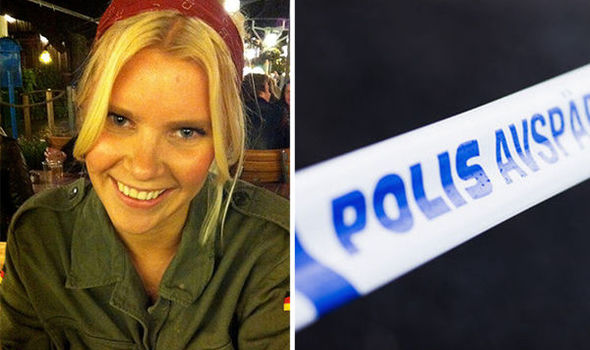 Victims say they were attacked by a group of migrant youths

Lisen Andréasson Florman is one of numerous victims who were attacked at Bravalla festival.

Two teenage girls, under the age of 18, said a man masturbated in front of them at the festival.

Other victims have come forward to tell police how they were also attacked by groups of “foreign youths” at Sweden’s biggest music festival, while others claim they were filmed while on the toilet.

Miss Florman has waived her right to anonymity to relive the horrors of her experience at the festival, which took place in the small Swedish city of Norkopping to the south-west of Stockholm from June 29 to July 2.

DHAKA (Reuters) – Islamic State has warned of repeated attacks in Bangladesh and beyond until rule by sharia, Islamic law, is established, saying in a video last week’s killing of 20 people in a Dhaka cafe was merely a glimpse of what is to come.

Five Bangladesh militants, most from wealthy, liberal families, stormed the upmarket restaurant on Friday and murdered customers, the majority of them foreigners, from Italy, Japan, India and the United States, before they were gunned down.

“What you witnessed in Bangladesh … was a glimpse. This will repeat, repeat and repeat until you lose and we win and the sharia is established throughout the world,” said a man identified as Bangladeshi fighter Abu Issa al-Bengali, in the video monitored by SITE intelligence site.

Bangladesh has rejected the Islamic State’s claim of responsibility for the Friday attack and blamed it on a domestic militant group.

Thank you M., Wrath of Khan, Xanthippa, Richard, and many more.