(At last! Some good news. Denmark may be the last non-Muslim, non-African nation practicing cultural self preservation on Earth now)

An adult education centre in the northern Copenhagen suburb of Lyngby has told six female students that they can no longer attend classes unless they remove their niqabs, a veil worn by some Muslim women that covers most of the face but leaves an opening for the eyes.

The school in question, VUC Lyngby, said that it changed its rules in the autumn to no longer allow students to cover their faces during class but the case only hit the media this week when a post on the school’s Facebook page led to a debate over its policies.
As the story picked up steam in the national press on Wednesday, the school went to Facebook to explain its decision.
“Free and unhindered communication requires that we can see each other’s faces. Therefore it is not allowed to cover the eyes, nose or month while participating in lessons,” a post read.
The school said that “everyone is welcome” at the institution and that while no one had been thrown out of class for wearing a niqab, the new policy will applies to all future students at the school.

A Pakistani chef has been brought in to cater for 200 people living at a refugee centre in Emilia-Romagna, after they protested over the poor quality of the Italian food on offer.

The new appointment comes after protests last Wednesday, during which 30 refugees from the Coop Dimora d’Abramo refugee centre in Reggio Emilia occupied their local police headquarters complaining the food they were served was “no good” and “cooked badly”, Il Resto del Carlino reported.

In the wake of the protests, the traditional Italian trattoria which currently prepares the meals, Il Locomotore, has promised to do more to satisfy the refugees’ tastes.

3. Female suicide bomber is shot dead with a POISONED ARROW by amateur militia in Cameroon – just moments before she was set to detonate

(This article calls them an “amateur militia group” and a “self defense group” but if they were white, they would have been called “vigilantes” and racists and leftist groups would be howling for their blood)

A local self-defence group in Cameroon killed a female suicide bomber using a poisoned arrow just moments before she was set to blow herself up.

The 40-year-old woman, who had explosives strapped to her body, had crossed over from neighboring Nigeria along with a 14-year-old girl.

Local residents shot the poisoned arrow at the woman after she failed to stop as demanded. The girl also died when she detonated her own explosives. 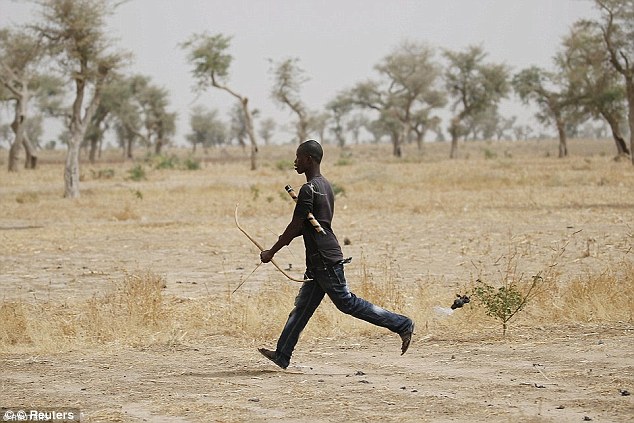 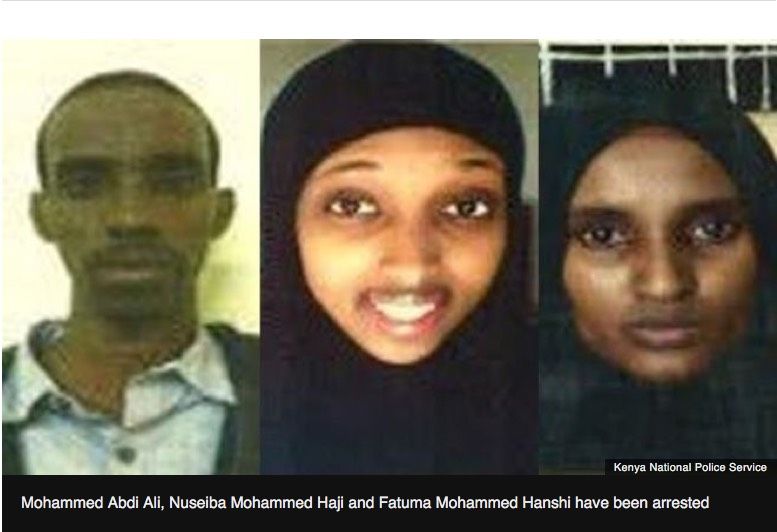 2016 winner of the “Why I wear a facecloth” contest

Kenyan police say they have foiled a “large-scale” biological attack using anthrax, by a terror group with links to so-called Islamic State (IS).

A man, his wife and another woman have been arrested. Rewards have been offered for two other men.

Police did not name the network, but said it stretches across the country and outside its borders, including to Somalia, Libya and Syria.

There was no immediate independent confirmation.

In a statement, the police said Mohammed Abdi Ali, a medical intern at a Kenyan hospital, was in charge of a “terror network… planning large-scale attacks akin to the Westgate Mall attack” in which 67 people were killed in 2013 in Kenya’s capital, Nairobi.

5. Clashes as police clear ‘migrants’ from Paris school they have occupied for some weeks.

(Watching a nation commit suicide like this is difficult)

Thank you Maria J., Xanthippa, Wrath of Khan, M and all. More to come.