1. Cadbury, not being content with just making Easter eggs halal, now have removed the word Easter from all their Easter egg products.

2. French to place some 007s on some train routes.

(They will be armed and allowed to actually use the arms. I guess unlike the rest of the French armed services cause they specified it this time)

3. The people still alive over at Charlie Hebdo wrote an editorial which, beyond the fact that they have earned the right to ask us to read it in their own blood, is very good.

The Independant is already heaping dunk on Charlie Hebdo for daring to suggest that Islamic terror has anything at al to do with Islam. Perhaps after 60% of their editorial staff is murdered in an attack against the Independent for their stance on an issue I will weight it enough to care what they say.

4. UK: Video of larger Black man in the UK arguing with what seems to be a black cloth bag in a grocery store. Apparently black people are racist if they say anything about muslims. So, race doesn’t actually matter as much as chosen beliefs and behaviour, but only if the person criticizing is black and the person in the cloth bag is muslim. Truthfully I don’t know what to make of this video or if its worth the time to watch other than people shouldn’t be allowed to wear a disguise in public except on Halloween and then it should only be children.

5. Did the Muslims (and associated leftist useful idiots) in Molenbeek cheer after the attacks in Brussels on March 22?

6. Someone left a backhoe on a railway track in the US killing 2 people when a train inevitably collided with it.

7. Quite a scuffle between police in Greece and what are described as anti-refugee protesters on Chios

8. Times Square evacuated after a suspicious truck was left running and unattended with wires extending from the dashboard and gas canisters behind the seats

(Clearly this truck was tricked out to look like a bomb. Was this to watch the procedure after it was discovered and suspected? 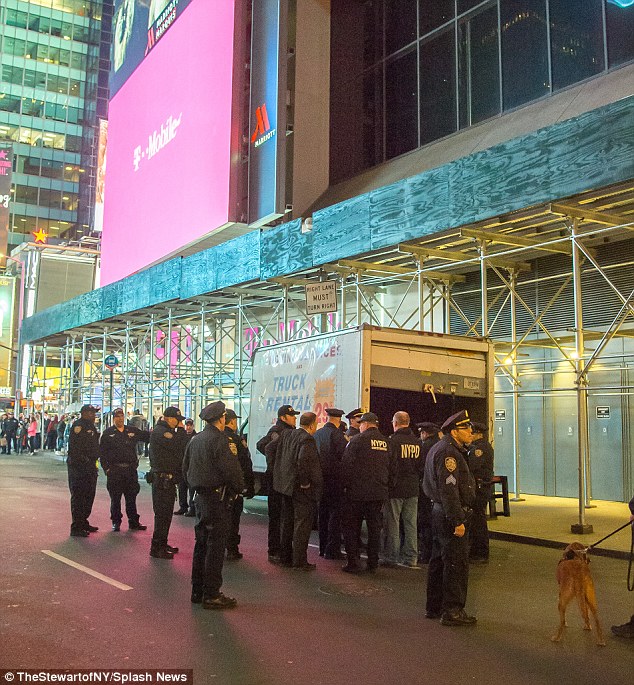 Thank you M., Pym Purnell, Wrath of Khan, Richard, Nash Montana, Buck,  and all who sent in materials. I guess I will have to resign myself to never being able to catch up. This makes it doubly important to read the links at the daily reader’s links post that should appear at a minute after midnight each day ET as there is so much of such importance.

The world is changing fast and perspectives with it. As Mona Walters said, its time to choose sides.

2 Replies to “Cadbury goes to the next level of dhimmitude, France gives license to kill and more: Links 1 on April 3 – 2016”