1. Minister of Defence Sajjan shatters Trudeau’s myth about the roots of the crisis in Iraq

“Ten years ago, allied countries had to make their own decisions on military intervention in Iraq. Jean Chrétien’s government made the wise decision not to deploy the Canadian Armed Forces in that venture. However, the current Prime Minister, Mr. Harper, was among those who believed that Canada should engage in that war. Our decision not to go to war was the right decision.

Minister of Defence, Harjit Sajjan provided a completely different explanation. During the 2016 Ottawa Conference on Security and Defence “National Security Strategies and the Future of Conflict” (February 18, 2016), Sajjan said based on his conversation with Iraq’s Minister on Defence, that the radical Islamic groups were under control and contained when the US pulled out of Iraq.

According to Sajjan the rise of these groups was a direct outcome of a mistaken policy espoused by the Iraqi authorities AFTER the US withdrawal when it came to deal with the sectarian conflict between Shiite Muslims and Sunni Muslims.

(Also noteworthy is that Canada was going to actually lead the international armada into Iraq but one of our helicopters crashed into the deck of our one carrier and it had to head back to base. Later the story was changed to make Chretien appear to be a moral objector instead of one who neglected necessary military purchases)

2. WANTED: Man sexually assaults eight-year-old girl in Greggs as her mother pays at till

POLICE are hunting a man accused of sexually assaulting an eight-year-old girl as she visited a Greggs bakery with her mother and younger brother. 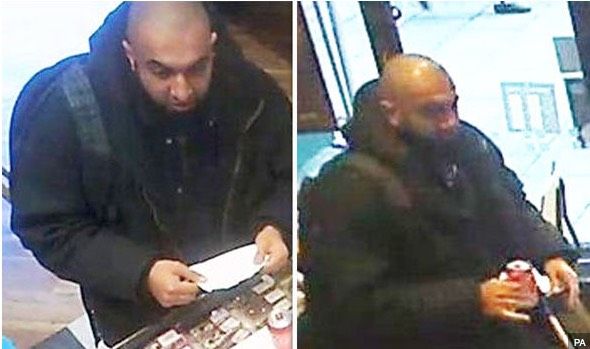 (The above headline calls this to mind. How could it be worse?)

Police are warning about a potential breakdown of public order this summer, when women who are lightly dressed are confronted by young male migrants

4. Inside ‘Islamic State’: A Raqqa diary

(As good an expose of the Islamic-State as this is, one might want to know the answers to questions unasked. Like his views on whether people should people be free to criticize islam? Leave it? Embrace western values. Women’s rights? Where is his ‘middle ground’ on all this?)

In areas controlled by the group that calls itself Islamic State the penalty for speaking to the Western media is death by beheading, so it took courage and conviction for Mohammed to compile this diary of life in Raqqa, the capital of IS’s self-proclaimed caliphate.

According to UN Secretary General’s Special Adviser on the Prevention of Genocide, Adama Dieng, the exercise of self-defense by Jews – the victims of the worst genocide in history – against an openly antisemitic violent enemy is potentially genocidal. In his statement to the UN “Human Rights” Council on March 3, 2016, Dieng included the democratic State of Israel’s struggle to defend itself from Palestinian terror as a conflict that could lead to genocide.

8. Pope Shocked by Murderous Attack in Yemen That Killed 4 Nuns

(His answer is likely to be more Islam, and more ‘secularism’ for everyone else)

9. Teenage female ISIS fanatic was ‘radicalised at the age of seven and stabbed a German police officer because she was unable to make it to Syria’

(More on that to come)

A teenaged female ISIS fanatic who nearly killed a policewoman in a knife attack in Germany last week was radicalised at the age of seven, it has been revealed.

The grammar school girl identified only as Safia S told detectives she wanted to strike in Germany because she could not make it to Syria.

An attempt to enter the country last month failed when her mother flew out to Turkey and brought her back from the border.

Rashal Miah, 36, shouted he would “kill all the Jews” after a fit of road rage in September 2014, Snaresbrook Crown Court was told today. After getting stuck in traffic, Miah got out of his Mercedes and remonstrated with the driver in front of a bus full of young children. He asked the driver: “What right do you have to tell me what to do in this country?” And he referred to the man as “Yehudi” – meaning Jew in Hebrew. Miah was today handed a 28-week sentence suspended for one year after last month being found guilty of racially aggravated harassment. Sentencing Miah, of Gladesmore Road, Tottenham, judge Murray Shanks said his “horrible” language in front of the children and other members of the orthodox community in Stamford Hill had led to his conviction.

Thank you M., JH., TB., Wrath of Khan, Shabnam, Richard, Pym Purnlell, and all who sent in materials.

Here is an interesting advert warning young women against being taken as sex slaves. Of course, the faces of the guilty have been replaced with faces of the innocent in order not to cast aspersions on those who actually do these crimes. More on that here.

Here is an answer to a question I wish never needed to be asked:

I am not sugesting that people who believe in extra-terrestrial life, intelligent or not, are idiots. But people who think Clinton will actually divulge anything true that is meaningful, or divulge things that are actually unknown or interesting would be idiots, true or otherwise.

Kindergarten students from PS75, a public school in New York City, recently took part in a class project in which the children were made to create an American flag with the flags of other 22 other nations superimposed over the stripes. Below the flag read the words “We pledge allegiance to an International Flag.”

Check out the flag the kindergarten class created:

The flag is being auctioned off as a way to raise funds for the Parent Teacher Association. According to the description offered on the auction site:

“Give me four years to teach the children and the seed I have sown will never be uprooted.”

3 Replies to “Robert Spencer on Freedom of Speech, More True-Dope-ia, Its nearly spring and Islamic Rape-fest is already underway: Links 1 on March 5 – 2016”