1. German journalist claims the government tells its media what it can and cannot report on following outcry over Cologne sex attack news blackout

A former news boss in Germany has claimed the country’s media is told what to report on by Chancellor Angela Merkel’s government.

His admission comes as the country grapples with accusations media ignored hundreds of sex attacks committed by migrants during Cologne’s New Year celebrations.

Dr Herles labelled the situation a ‘scandal’ during a radio panel discussion on media and freedom of the press, Breitbart reported.

Asked if the media landscape had ‘got out of whack’, he replied: ‘Today, one is not allowed to say anything negative about the refugees.

‘This is government journalism and that leads to a situation in which people no longer trust us.’

He elaborated by saying the topics that should be reported on are ‘laid down by the government’, with instructions passed down to news executives that they should frame issues in a way that is for the ‘public good’ of Europe.

(Anyone else have a problem with that?)

2. Ezra on a good defense minister hobbled by Trudeau

3. Ringleader of gang who repeatedly raped a 13-year-old schoolgirl in Yorkshire ‘has fled to Bangladesh before being sentenced’

The alleged ringleader of a gang who repeatedly raped a vulnerable 13-year-old schoolgirl in Yorkshire is believed to have fled abroad to Bangladesh before being sentenced.

Arif Chowdhury, 20, allegedly left for Bangladesh during the investigation after he was arrested in 2012 in connection to the raping of the schoolgirl, Bradford crown court heard last year.

He is also accused of pimping her out to his contacts in Keighley when he was just 15.

Bangladesh has never extradited anyone to the UK, leaving West Yorkshire police with an uphill battle to find Chowdhury, according to The Guardian. 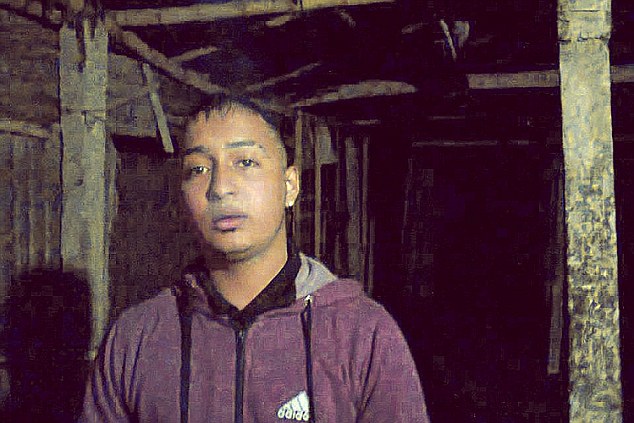 Suspected paedophile Arif Chowdhury, (pictured) 20, allegedly left for Bangladesh during the investigation after he was arrested in 2012 in connection to the raping of a 13-year-old schoolgirl

A jury heard how Chowdhury first raped the girl, who cannot be named, behind a church when he was 15.

He had previously got to know her when she was 13 after persuading her to do drug runs in Keighley.

5. Australia: Teen wife of terror suspect ‘carried a knife wrapped in an ISIS flag and boasted of becoming a Muslim Bonnie and Clyde’… as she’s refused bail for refusing to answer police questions

The teen wife of a Sydney terror suspect allegedly carried a knife wrapped in an ISIS flag and boasted of wanting to ‘do an Islamic Bonnie and Clyde’ has been refused bail.

Alo-Bridget Namoa, from Guildford in Sydney’s west, appeared at Parramatta Local Court via videolink on Saturday facing 31 counts of refusing to answer questions regarding her husband at a Crime Commission hearing.

The 18-year-old was hauled before the commission on Friday after her husband Sameh Bayda was charged with three counts of collecting documents likely to facilitate terrorist acts in January. 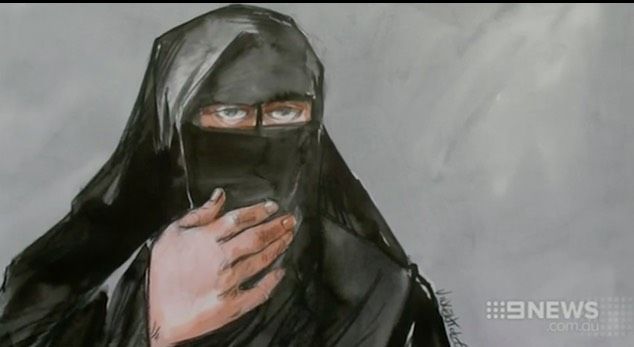 Why not just use a generic photo of a trash bag?

Thank you Buck, M., Oz-Rita, and many more. Posting will be a bit sloppy (ier than usual) today as much is going on and I want to get it out there even if the formatting isn’t as good as I can generally make it. Thanks for bearing with us. We have a lot of people working with us today to bring materials from the various PEGIDA marches and so on across Europe and there is the usual spate of news as well as some editing of good people’s efforts to resist the political class’ efforts to destroy our liberal democracies.

(I’m not 100% sure about this, but it appears that a French General, Christian Thornton, was stopped by police as he was marching with PEGIDA in Calais. More on that as soon as possible.

“They apparently just arrested this General whose communiqué I have translated here at the end of this post:”

Oz-Rita has an explanation and background on this laid out on her site here.

2 Replies to “France, Germany clamping down on speech that opposes its ambitions, even when true, more: Links2 on Feb. 6 – 2016”