2. Imagine you tried to lie to a group of people to get support, about an issue that was genocidal in scope, and that you openly supported the other side for many years previously. Now imagine you told that lie in a temple of the God of the people who face extinction…

(I think she got off light. More here)

3. Netherlands: Protest in Elden against decision to turn nursing home into refugee centre

Several hundred anti-refugee protesters and far-right activists took on the streets of Elden, on Monday, to protest against the Dutch authorities’ decision to convert a former nursing home into a refugee acceptance centre.
The far-right party Dutch People’s-Union leader, Constant Kusters, an organiser of the rally, said that it is evident that wherever there are refugees, problems are certain to arise. According to Kusters refugees are committing “not normal criminal behaviour and sexual behaviour that we see in Germany.”
The protesters marched through the streets before gathering in front of the nursing home which is scheduled to receive around 350 refugees in the following days.

Police in riot gear were called to a so-called refugee camp over the weekend after hundreds of men brawled violently over different interpretations of the Quran, resulting in five hospitalisations.

The brawl in the early hours of Sunday morning in the Leimen camp in Baden-Württemberg, Germany was triggered by inter-Islamic friction between different interpretations of the faith. Pakistani Muslims at the migrant centre had discovered that a group of Muslims from Afghanistan had been drinking alcohol and accused them of being “bad Muslims” for doing so, reports the Stuttgarter Nachrichten.

The situation quickly escalated from this point and resulted in a violent riot. Two squad cars initially responded to reports of a fight, but a call for backup resulted in a total of 32 police vehicles on the scene, with attendant officers.

Remarkably, there were no arrests, but a police spokesman said ten Afghans were taken to a nearby police station to sober up. Of the 500 reported to be living at the migrant centre, some 200 were involved in the brawl, reportsFocus.

5. Austrians hold candlelight vigil for the victims of migrant assaults.

(what a nice change)

6. The Netherlands: Islamic State willing and capable of carrying out more European attacks

The so-called Islamic State (IS, formerly ISIS, ISIL) “has the willingness and the capability to carry out further attacks in Europe,” Director of Europol Rob Wainwright said during presser held in Amsterdam, Monday. “All of the national authorities are working to prevent that from happening,” he added.

The Europol chief referred to his organisations counter-terrorism report, published last week, which warned that IS militants are specifically targeting France for another attack, but also that other EU countries are at risk.

Wainwright was talking at the opening of the new European Counter Terrorism Centre, which is to be based in The Hague, Netherlands, and will be staffed by 40-50 international ‘experts’ in the field of counterterrorism. The centre will specialise in increasing intelligence sharing between European security organisations, tracking suspects across international borders, assisting EU countries in investigations, and discovering the sources of illegal financing and firearms.

7. Italy: Police arrest ‘Militant’ (religious muslims planning to kill lots of non-muslims in order to bring islamic rule to italy or die trying and go to Mohamed’s private invite-oly sky-brothel. In case you didn’t know how bullshitian for ‘Militant’ translates)

Italian police arrested an alleged militant during a raid in the Calabrian city of Cosenza on Monday. The arrest was made as part of the country’s ‘anti-terrorism campaign’.

8. The benchmark for sanctimony in Western nations appears to be how brutal you can be to your own people while treating people, often there illegally, as well as possible with the money taken from locals. 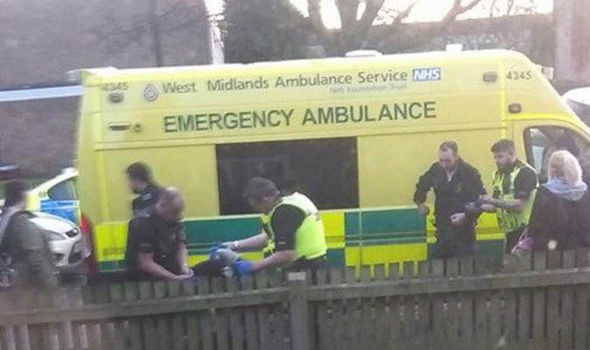 Police are at the scene of an attack in Birmingham

Officers descended on a home in the Tile Cross district of the city after horrified neighbours reported the bloody assault, which took place at a bus stop.Buses were diverted and several roads were closed off as a huge police presence built up in the area.Witnesses described seeing a man with his face covered hacking away at another man at a bus stop in Tile Cross Road, with one saying the victim was “dripping in blood”.

(As the suspect is neither described or named, we can only assume it was a Scotsman who’s kilt was on too tight. Or an Irishman who left the Jameson opened and it evaporated out by morning)

10. ‘ISIS jihadi’ arrested in Italy after he talked about ‘fastening his belt to reach heaven’ in bugged phone call

A Morocco-born suspected ISIS jihadi has been arrested in Italy after he talked about ‘fastening his [suicide] belt to reach heaven’ in a bugged phone call.

Hamil Mehdi, 25, is in custody in the southern Italian city of Cosenza on terrorism charges.

Police raided his shabby apartment on Monday and found a ‘jihad training manual’ which details how to become a foreign fighter and join Daesh (ISIS) in Syria. 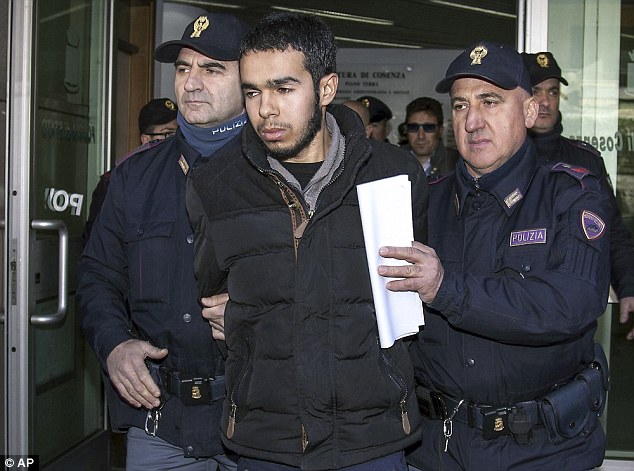 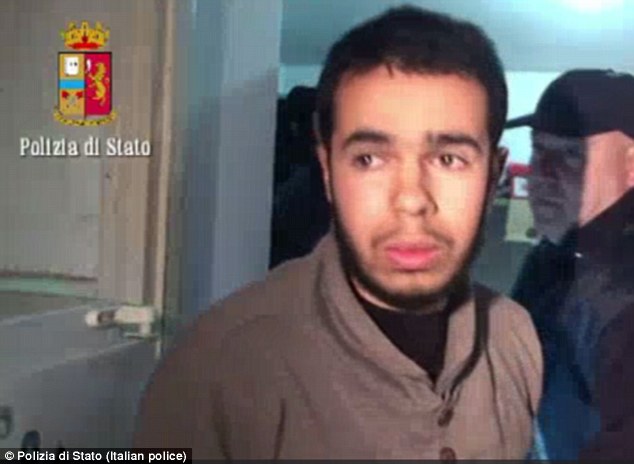 11. Afghan kills Pakistani on border between Greece and Macedonia

12. French official calls on Paris to send troops to Calais over migrants

A French riot policeman stops migrants in a field near Calais, France, as migrants gather in the hopes of attempting to board lorries and making their way across the Channel to Britain, January 21, 2016. REUTERS/Pascal Rossignol

CALAIS (Reuters) – The head of France’s northern region on Monday called on Paris to send troops to Calais to restore order there after migrants stormed the port and boarded a British ferry.

Thousands of migrants fleeing war and poverty in Africa and the Middle East have gathered at the northern coastal town in the past year, using it as a stopover on their way to Britain – a ferry trip across the Channel.

Around 200 refugees burst into the port on Saturday after a demonstration of support for migrants living in a slum nearby and some of boarded the front deck of a British ferry.

Thank you Wrath of Khan, M., Maria J., Richard,  DP111, Buck, and lots of great people who contributed to links and discussion today as well.

6 Replies to “PEGIDA grows in magnitude and geography, Peculiar machete attack in UK, arrests of ‘militants’ all over: Links 1 on Jan 26 – 2016”