(In a conversation with a friend on 911 of 2001, he remarked that “it doesn’t matter what security they put on board aircraft. They would just make the terrorist the pilot”. Clearly that is what will happen although security measures have both helped prevent some attacks while facilitating others if memory serves. Something about a locked cockpit door) 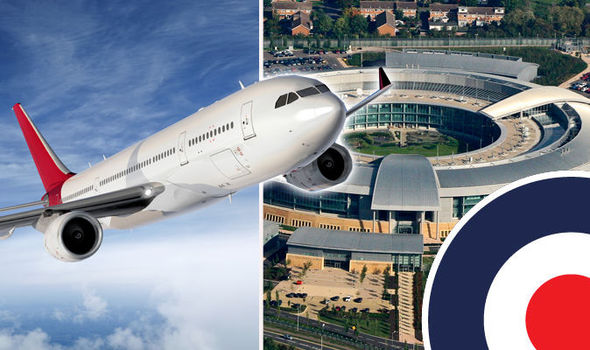 The jihadist attacks were being planned in the week after the Paris massacre, but the two foreign pilots, one of whom was flying for an airline on an intelligence service watchlist, were intercepted talking about the plot.

Although they used coded messages from the cockpits of their passenger jets, the Arabic transcripts were passed to GCHQ where spies established they were talking about attacks on London, Bath, Brighton and Ipswich.

The uncovering of the plan raised the terror alert in the UK and was one factor which led to Operation Templer, involving 10,000 soldiers being deployed to support police on Britain’s streets.

The pilots, who were unknown to the authorities but believed to be sympathetic to Islamic State, were using the emergency “Mayday” channel in the belief they were not being monitored. […] It is not the first time commercial airline pilots have been linked to Islamic extremism. Last year leaked Australian police reports revealed fears that two Indonesian airline pilots – Ridwan Agustin and Tommy Hendratno – had become “radicalised” by IS.

(Definitely one for the ‘hiring muslims for positions of trust’ file. Click over and read the whole story though. Its instructive at a few levels)

2. Shocking martyrdom video emerges of ISIS Paris attackers carrying out beheadings as they threaten massacres in the West – and make it clear the UK is next on their target list

ISIS have released a barbaric propaganda video showing the Paris attackers beheading prisoners and training with weapons before they carried out the city massacre which left 130 people dead.

The video features threats from Abdelhamid Abbaoud, the mastermind of the attacks, and also shows each of the other militants carrying out a horrific execution.

The video finishes with the jihadi group issuing a threat to carry out their next terror attack in the UK in reaction to Britain’s decision to carry out airstrikes in Syria.

(This video, titled from a passage of Koran in which the sentiment is stated three times, “Kill them wherever you find them”, can be seen here with more description, and there is more here. This appears to be the IS page on it

3. Channel4 clip on muslims attempting to invade the UK

4. The Queen of Jordan uses the usual dissimulation about islam and its consequences. She is very pretty, and she speaks with excellent projected sincerity. Anyone who suspects she may be telling the truth should read the koran, islamic history, and examine all muslim country’s treatment of non-muslims and then decide who’s interpretation is correct.

Social Justice Warriors are once again demonstrating their political intolerance and hostility to free creative expression. It’s happening in an arena we’ve covered before – the world of sci-fi and fantasy publishing.

File 770, the blog of three-time Hugo Award winner Mike Glyer, reports that bookstore owners in Toronto are being approached with negative information about authors who participated in the Sad Puppies Hugo Awards campaign.

The Sad Puppies campaign, as explained in the hyperlink above, was an attempt to expose political favouritism and intolerance in the sci-fi and fantasy community. If this latest incident is anything to go by, it continues to be a dispiriting success.

6. Hundreds of Kurds in Amsterdam make direct accusation against Turkey for being allied with the Islamic State and protest both.

7. Convert to Islam joins ISIS. Media acts like its a new thing cause he is white (or because his family makes selfish food choices)

The first white British man to have joined ISIS in Syria has been identified as the 20-year-old son of a well-respected organic farmer, it is reported.

Jack Letts, now called Ibrahim or Abu Muhammed, grew up as a talented student and a Liverpool football supporter in Oxford.

But when he turned 18, he secretly travelled to the war-torn city of Raqqa after telling his parents he was going to Kuwait to study Arabic, it is claimed.

Now, two years on, ‘Jihadi Jack’ – who converted to Islam in his teens – is reportedly a frontline fighter for the terror group.

(Really this is only worth posting because the contortions the media goes to, in order to preserve the narrative that its about anything except islam is just plain funny at this point. ‘Convert to islam joins islamic state’ is like a headline, ‘baby wets nappies’. So they try anything and everything else)

The European Union’s planned border patrol will be too small and member states should contribute soldiers to build up a force to protect the bloc’s external frontier, Czech President Milos Zeman said on Sunday.

The EU has plans to create a European Border and Coast Guard with 1,500 personnel as part of measures to tackle its migration crisis, with leaders expected to agree details at a summit in June.

More than a million people arrived in Europe last year, mostly fleeing war and poverty in the Middle East and north Africa, and the numbers show little sign of falling.

“I fully support the idea of a European border guard,” Zeman said in an interview with Prime television channel on Sunday.

Zeman said there were 20 times more smugglers than planned border personnel. He also said setting up the new force will take six months and that half a million refugees could reach the EU by the time it was in place.

Germany has been by far the top destination for asylum seekers

Thank you Xanthippa, M.,Buck, Wrath of Khan, and all who sent in materials or put themselves in potential danger to get the truth like yesterday in Copenhagen.

A number of times on this site, and in the ‘Agendas and Views of This Site’ page, I have made the claim in various ways that if reasonable people and genuine liberals are not allowed to express and even fight for the preservation of Jeffersonian democracy then things will get so bad that the people will beg for real extremists and other epithets too tired to repeat. Examples have been given. Below is another one from Poland. While the eagle is a Polish symbol this one has been stylized a little and the armband and insignia on the armband seem somehow… familiar. 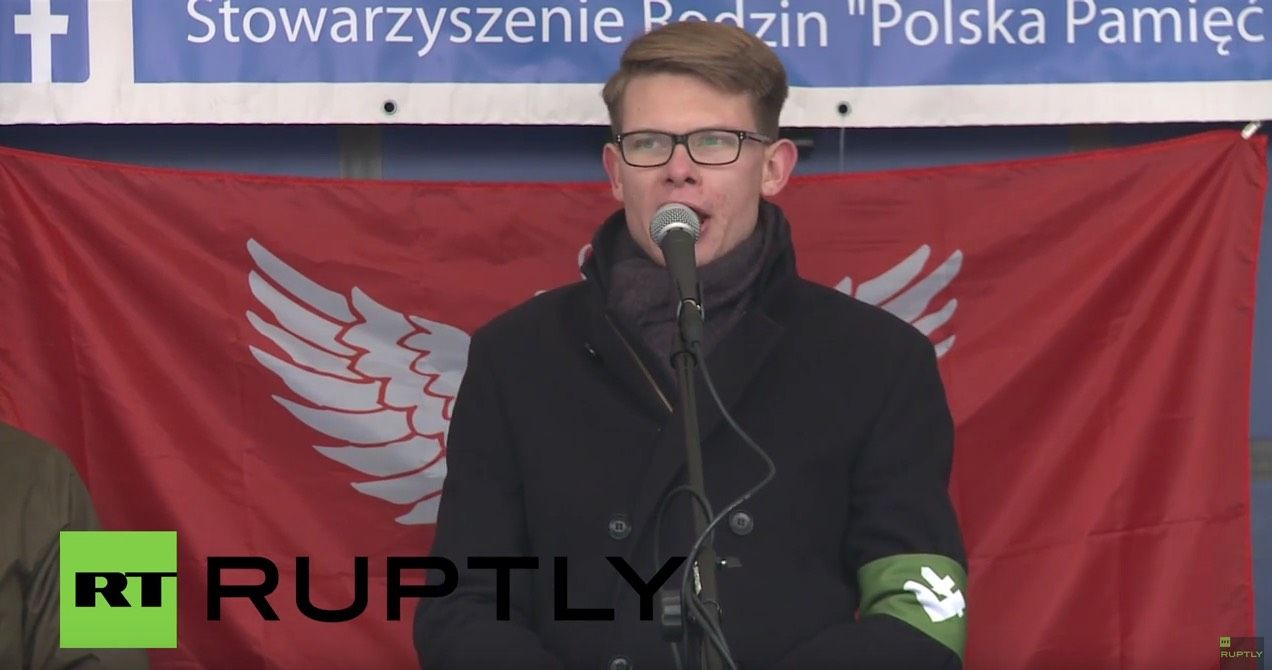 The excellent liberal blogger, Green Infidel tells us this about that group:

the symbol is of the “National-Radical Camp” – a reborn far-right movement that first appeared in the 1930s.