1. Harsh extremely violent video of what is purported to be a migrant attack on a woman in Hungary. But there are questions. Who is filming it? its not security cam footage. Why is the video such low quality? Either way, real or simulated, the violence is harsh

2. Canadian Imam in Ottawa: Islam is on its way to dominate the entire world

Members of the Shiite community in Ottawa and in the Toronto Greater Area gathered on Wednesday, January 6, in front of the Saudi embassy in Ottawa to protest the execution of the Shiite scholar and dissident Sheikh Baqir al-Nimr by the Saudi regime.

One of the speakers at the protest was the Shiite cleric, Syed Hassan Mujtaba Rizvi, Pakistani born who grew up in Canada. In his passionate speech, Hassan Mujtaba Rizvi blamed the Saudi regime of injustice, oppression and terrorism and predicted its future demise.

The following is a transcript of Hassan Mujtaba Rizvi’s speech in which he also talked about Islamic global dominance: (04:32-05:08)

3. Report: Rescue Team on Way to Benghazi Ordered to Turn Back

(PJ Media) – The evidence is overwhelming that the United States had several rescue teams ready to go during the 2012 Benghazi attacks, but someone — possibly the president himself — prevented them from acting. So said Emmy Award-winning journalist Sharyl Attkisson to talk show host Steve Malzberg in an interview on Wednesday.

This week on her show, ”Full Measure,” Attkisson looked into the aborted rescue mission in an in-depth two-part report, “Rescue Interrupted,” which you can watchhere and here. She spoke with a Green Beret commander who told her that there were actually Special Forces on their way to Benghazi who were turned back.

Video on rescue interrupted here. Warning: It may make you quite angry.

Shortly after six Canadians were killed by Islamist terrorists Prime Minister Justin Trudeau held a moment of silence for the deceased at a Peterborough mosque.

Either the PM doesn’t understand how awful the optics of this are or he doesn’t care. It’s hard to say which one is more worrisome.

Over the weekend, al-Qaida affiliates took hostages at a hotel in Burkina Faso, killing 28 people including six from Quebec.

They were friends and family travelling to build schools as part of a humanitarian effort.

It’s natural to assume this would garner a powerful response from our prime minister, who is our collective voice on the world stage.

But instead of political leadership, in a statement Trudeau said he was “condemning” what he called a “terrible crime” as well as being “deeply saddened by these senseless acts of violence on innocent civilians.”

This tells us how he feels as a person, but nothing about what he thinks as a leader.

(No it doesn’t. It tells us that Trudeau is implementing the CVE as policy. Click over and read the whole story. There is more there than what I posted above. Below is a sneak peek I believe of a video from that mosque)

Malware has been discovered in a computer network of Kiev’s main airport, Reuters reports.

The report states the malware was found last week in the IT network of Boryspil International Airport, located near Kyiv, which reportedly included the airport’s air traffic control system. Andriy Lysenko, a military spokesperson, told Reuters that the command and control centre of the malware—the external server that the software communicates with—is in Russia, and that no damage had been done.

But experts are not going to jump to conclusions about who is behind the malware.

“The report says the command and control server is in Russia: it’s normal to be able to compromise locations around the world and use, so just because the IP address says Russia means very little for attribution,” Robert M. Lee, a former US Air Force cyber warfare operations officer and CEO of Dragos Security, told Motherboard in a Twitter message.

6. ISIS massacres 300 and kidnaps at least 400 including women and children during attack on government-held city

7. Police in Munich setting up to make PEGIDA appear at least as bad or worse than the muslim rape, rob and grope gangs they protest. Thank you very much CVE narrative.

Germany: Police on high alert as PEGIDA rally in Munich for Monday march

Hundreds of PEGIDA protesters rallied in the streets of Munich, Monday, to protest German Chancellor Angela Merkel’s refugee policies and what they see as the so-called Islamification of Germany. Several minor scuffles broke out during the protest as counter protesters attempted to block the far-right group’s regular Monday march.

8. ‘The saddest thing I remember was this little girl, 12 years old. They raped her without mercy’: Dressed in traditional wedding gowns, Yazidi sex slaves relive their torture by ISIS

More than 5,000 Yazidi women were captured and enslaved by ISIS forces when the militant Islamist terrorists attacked the city of Sinjar, northern Iraq in August 2014.

The women, some just teenagers, were forced to watch ISIS militants murder their families before they were sold into sexual slavery.

While many remain in the evil clutches of ISIS, some have managed to escape to relay horrific tales of abuse, rape, slavery and brutal torture.

In some cases, the young women returned home carrying the unborn children of their captors.

Seivan Salim, an Iraqi female photographer, tracked down some of the women who managed to escape.

She has portrayed them wearing the traditional white Yazidi wedding dress – a symbol for purity.

Each woman tells her story in her own words.

9. Canada not invited to anti-ISIS coalition meeting in Paris

Canada has not been invited to an anti-ISIS coalition meeting this week in Paris, CBC News has learned.

Defence ministers from France, the United Kingdom, Germany, Italy, Australia and the Netherlands will join U.S. Secretary of Defence Ashton Carter on Wednesday to discuss the future of the fight against the extremist group.

Canada’s Minister of Defence Harjit Sajjan did not receive an invitation, his office confirmed to CBC News Network’s Power & Politics. 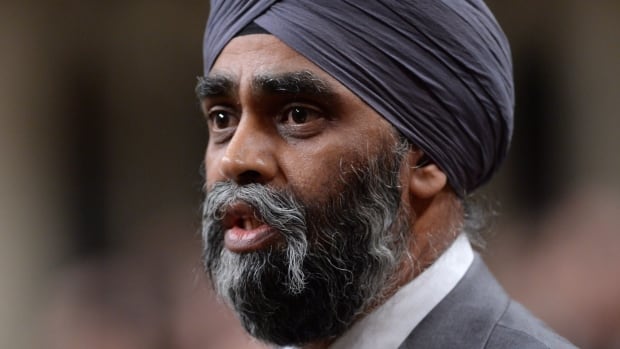 In an interview with host Rosemary Barton, parliamentary secretary to the minister of foreign affairs Omar Alghabra called the meeting “spontaneous” and that “not being invited didn’t come as a surprise.”

?Alghabra said the group of seven countries meet regularly, independently of Canada, and the only thing different this time is that they are meeting at the ministerial level.

10. The Netherlands: Violence erupts at demonstration against giant government sponsored foreign-muslim home in small Dutch town. (This has been an ongoing issue we have covered here before)

Thank you Richard, M., Wrath of Khan, PePi, ML., Maria J., Shabnam, and many many more.

Here is a worthy observation by Pamela Geller on the relationship between Western governments and the media towards deception and manipulation of the public.

Yesterday we posted a video about a little Russian girl in Germany, savagely raped for 30 hours by multiple muslim men after she was kidnapped from school. There is more on that. Working on a news video now from a German station but in Russian, and below, another protest by people about the police reverse process in this case, where the victim was made the perp and no attention given to the crime at all.